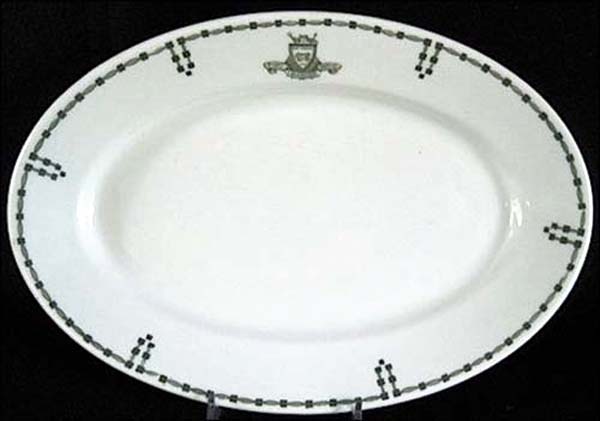 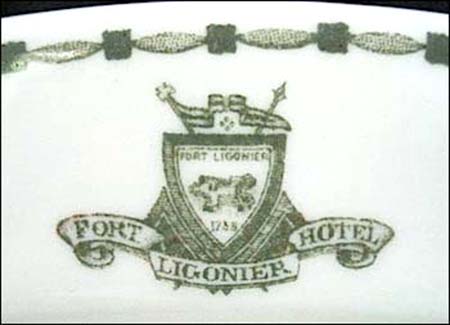 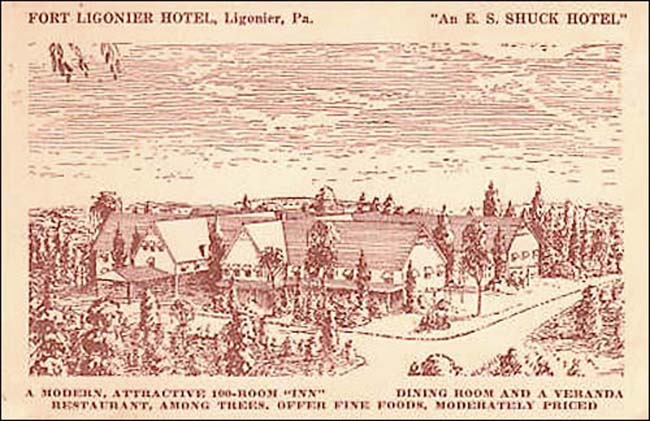 Notes: The Fort Ligonier Hotel was located on the Lincoln Highway West in Ligonier, Penn. Built and owned by E.S. Shuck, the 75-room wooden structure, with gable ends, was enlarged in the 1930s to 100 rooms.

Shuck also became the proprietor of the Dimeling Hotel in Clearfield, Penn., and the Phillips Hotel in Phillipsburg, Penn. In 1940, he added the General Pershing Hotel in Dubois, Penn., but by 1948, he was down to just the Dimeling and Phillps hotels.

The white platter is decorated in green with a necklace of squares and ovals around the rim, a crest with Fort Ligonier, an image of the old fort and 1738 near the bottom, and a three-part ribbon with FORT LIGONIER HOTEL within.