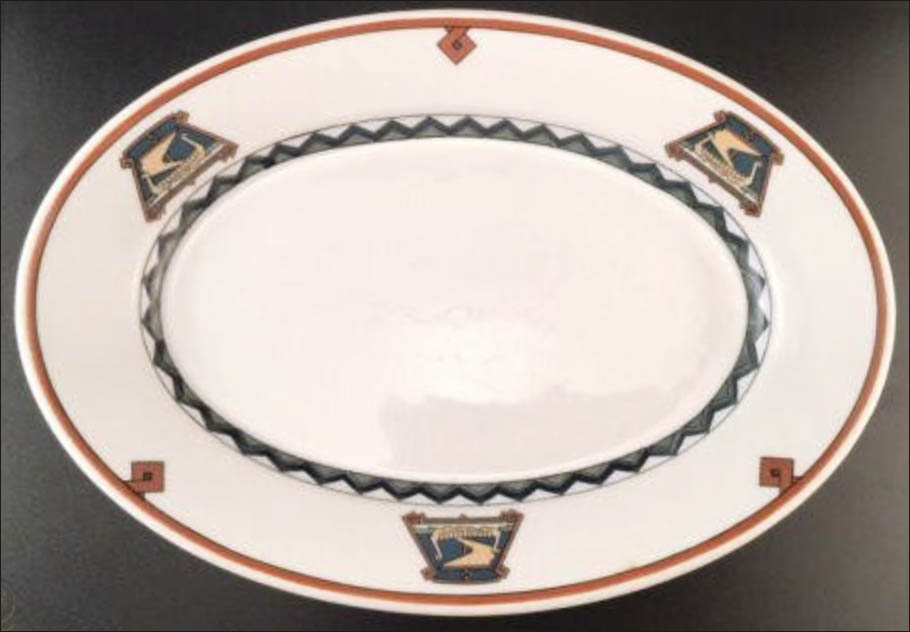 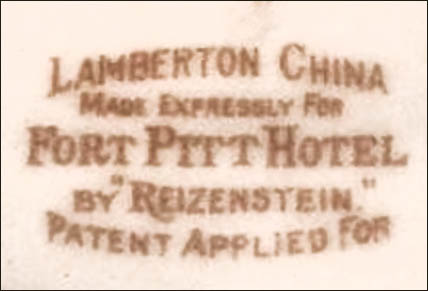 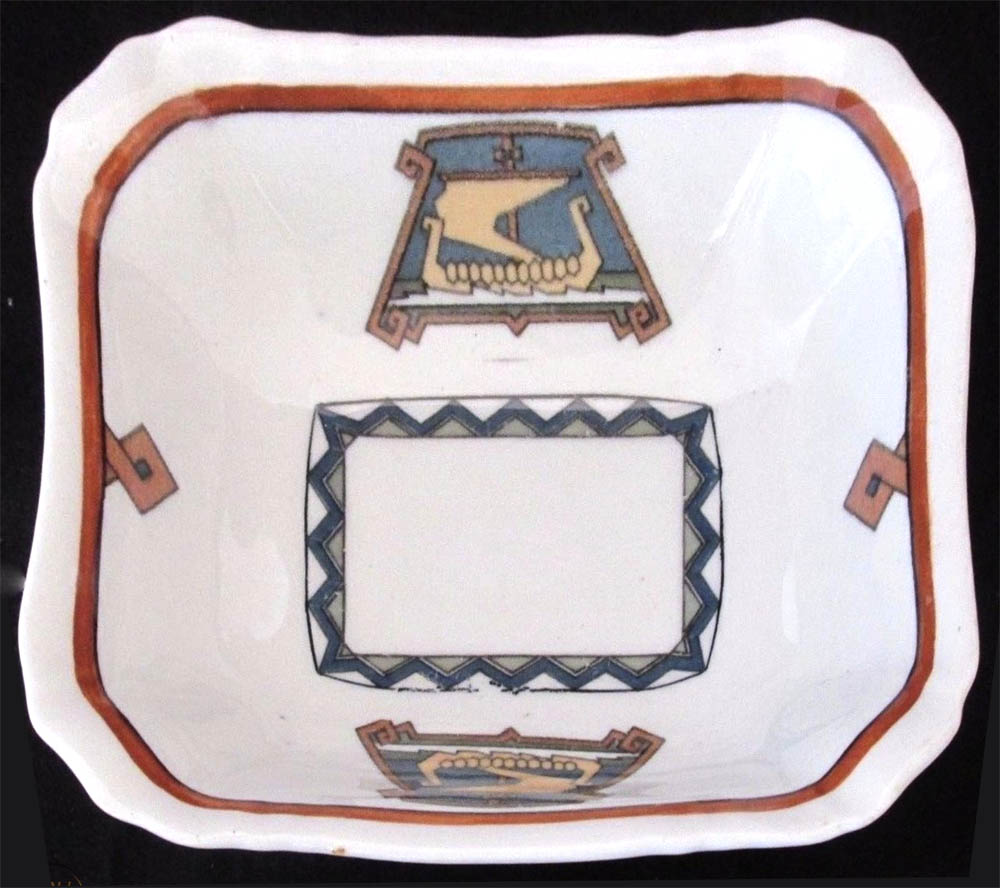 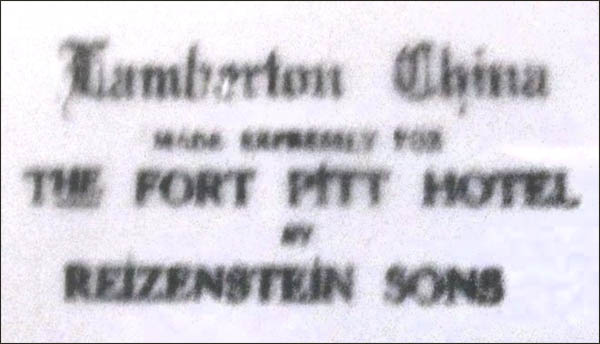 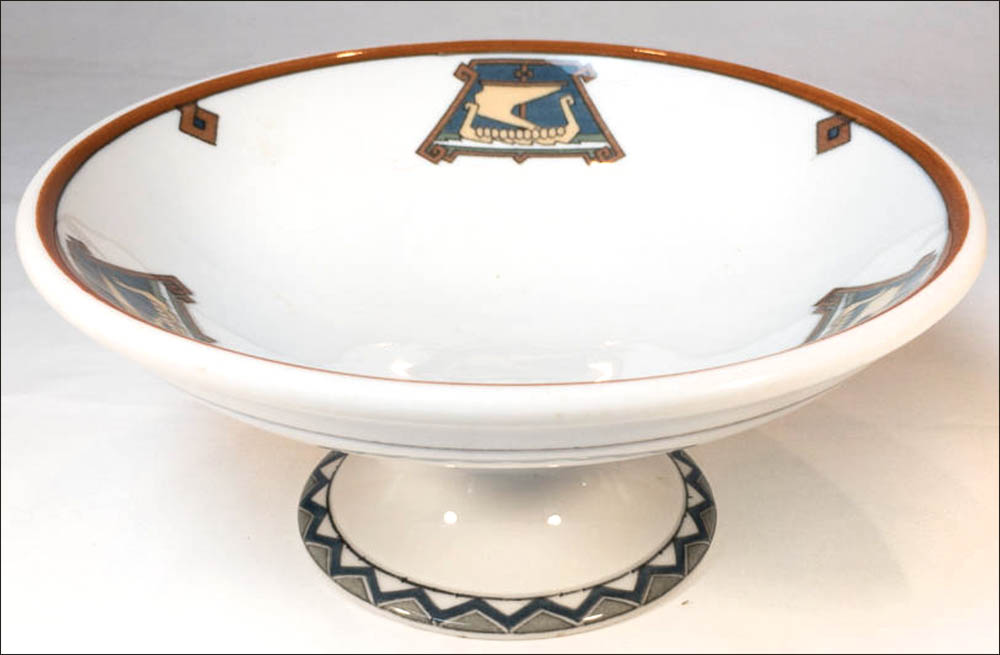 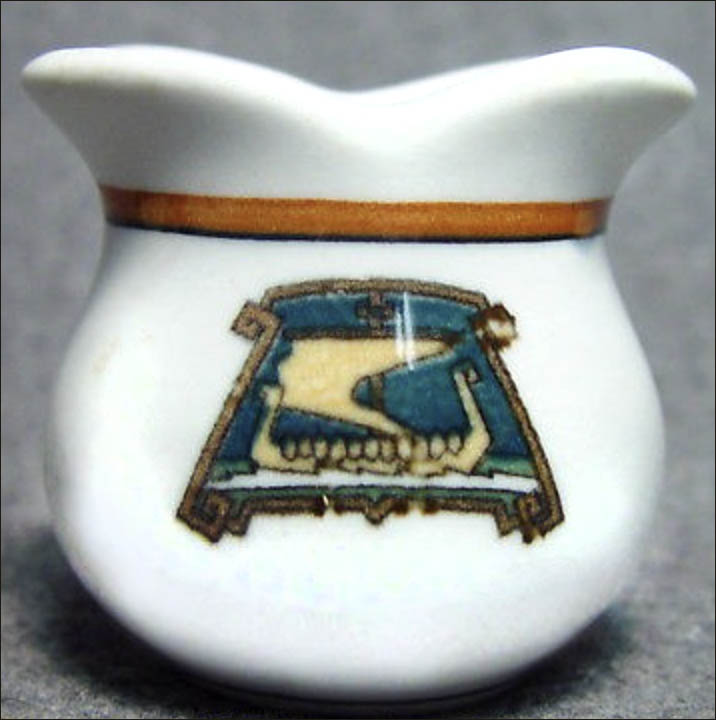 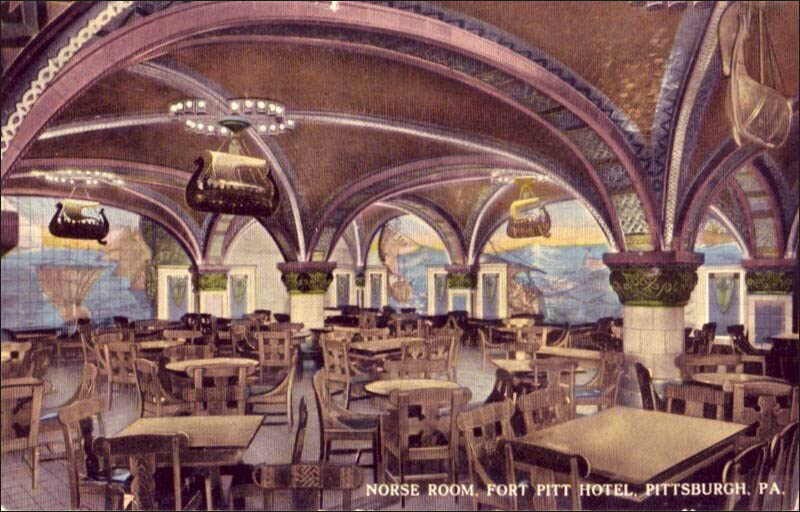 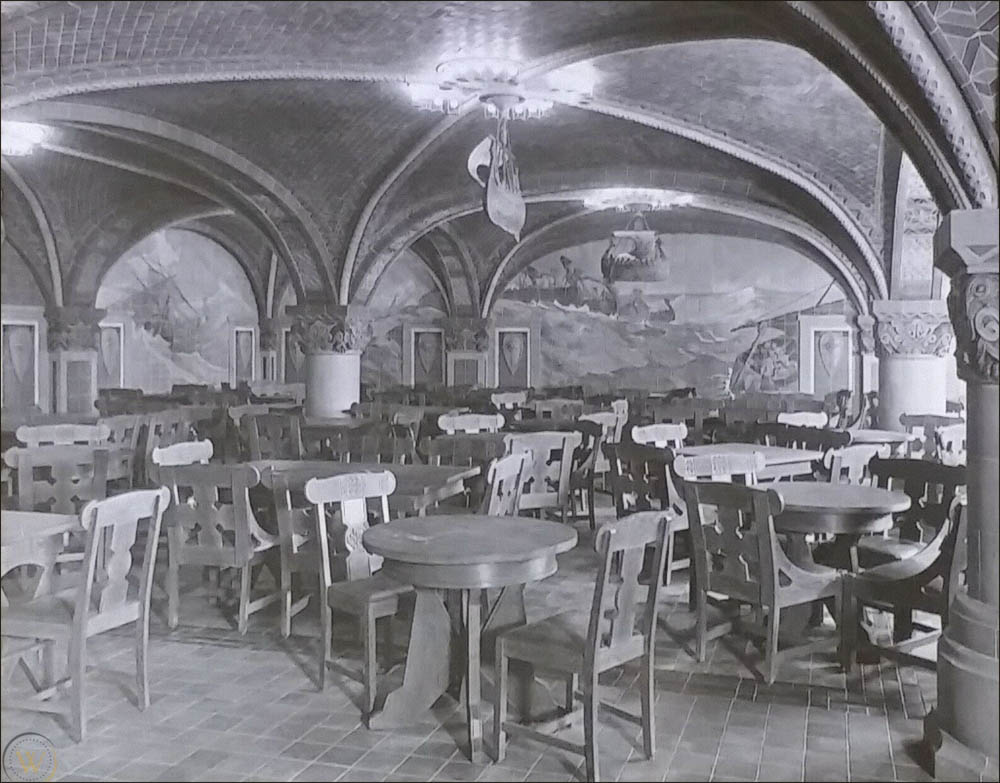 Photograph of the Norse Room at the Fort Pitt Hotel 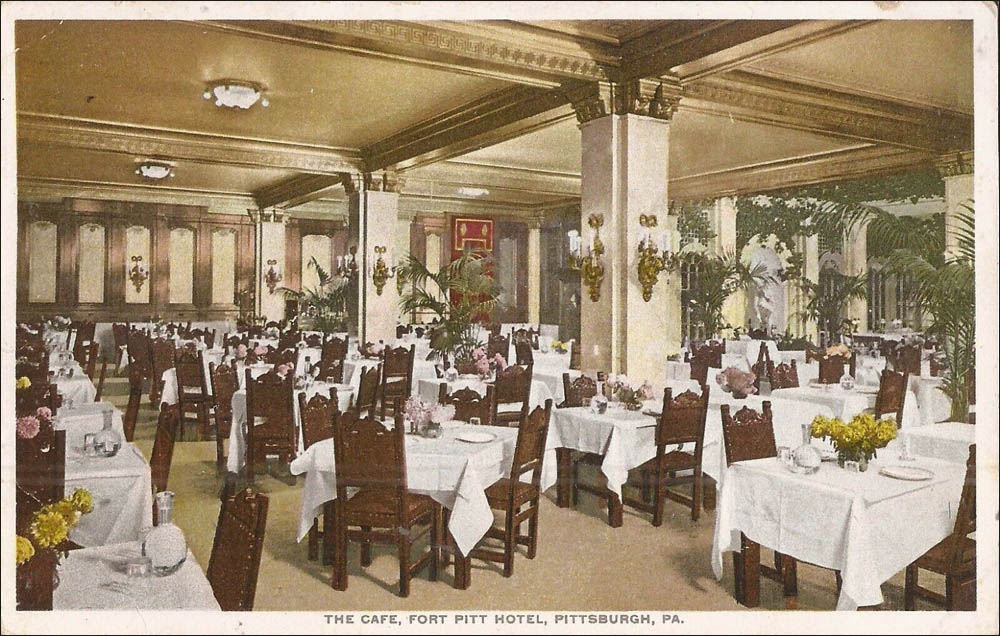 The Cafe at the Fort Pitt Hotel 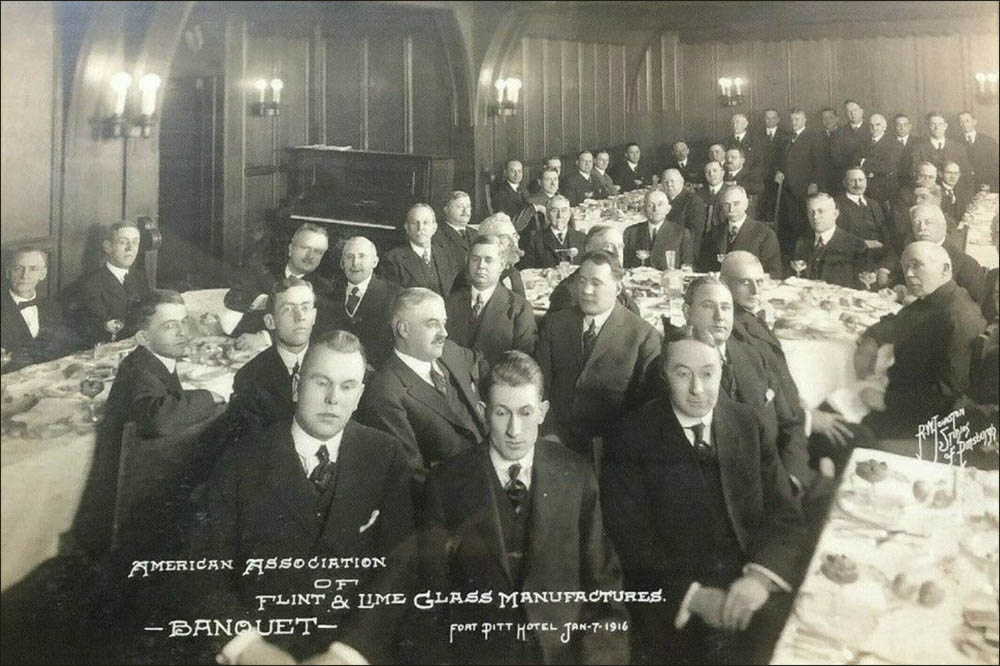 1916 Banquet at the Fort Pitt Hotel 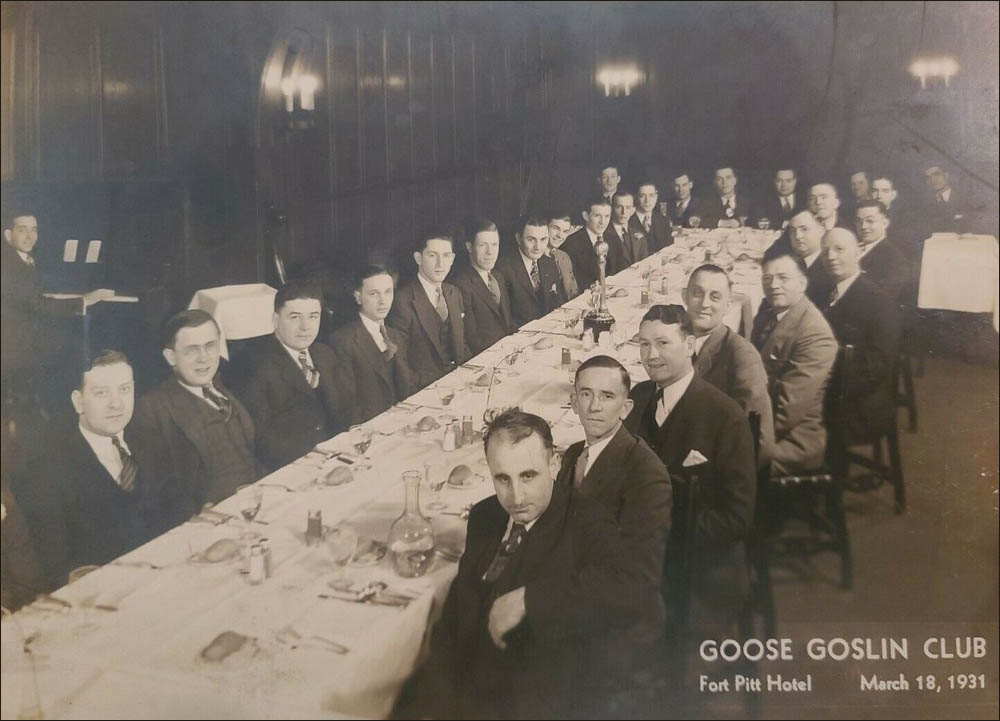 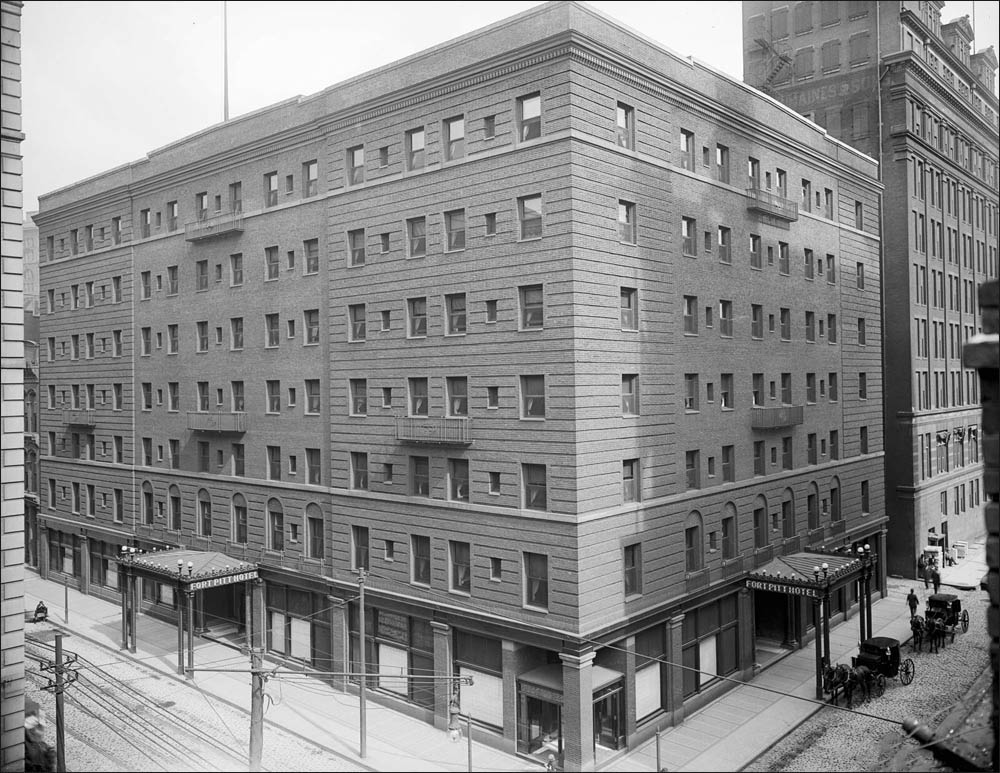 Notes: The Fort Pitt Hotel, on the corner of Penn Avenue and Tenth Street in Pittsburgh, opened in 1909. When it opened it contained 400 guest bedrooms. Additions in 1912 and 1915 brought the room count up to 800 rooms, 500 of them had private baths. There were several dining venues including the Vine Room and the Rose Room, as well as a ballroom.

In 1928, the Fort Pitt became one of the hotels in the Eppley Hotels Company chain.  Eppley had its own china pattern, so the original china services may have been replaced around this time. In 1942, The Fort Pitt was operated by Lebis Hotel Management Company. It is listed in the 1958 Hotel Red Book as a Lebis Hotel. It is not listed in 1959. It was still operating in May 1966, when Penn-Central Railroad announced that they had acquired the land and planned to demolish the hotel. The Fort Pitt was razed in 1967, as part of the Penn Park redevelopment project.

The Norse Room was the most famous of the Fort Pitt dining rooms. It featured a groin-vaulted ceiling and walls of Rookwood tiles in a series of nine panels illustrating Longfellow's poem "The Skeleton in Armor."

Maddock created the china service for the Norse Room that contains ornaments framing a Norse ship. These ornaments are spaced around the rim below an orange rim line with diamond-shape ornaments. At the verge is a two-tone green and gray zig zag border. This pattern was supplied by Reizenstein Sons.  Some of the back stamps contain "Patent Applied For."  No patent information has been found, so it is possible that the patent was not approved, or the patent information awaits discovery. Fragments of this pattern were found in one of the Maddock Pottery dump sites.