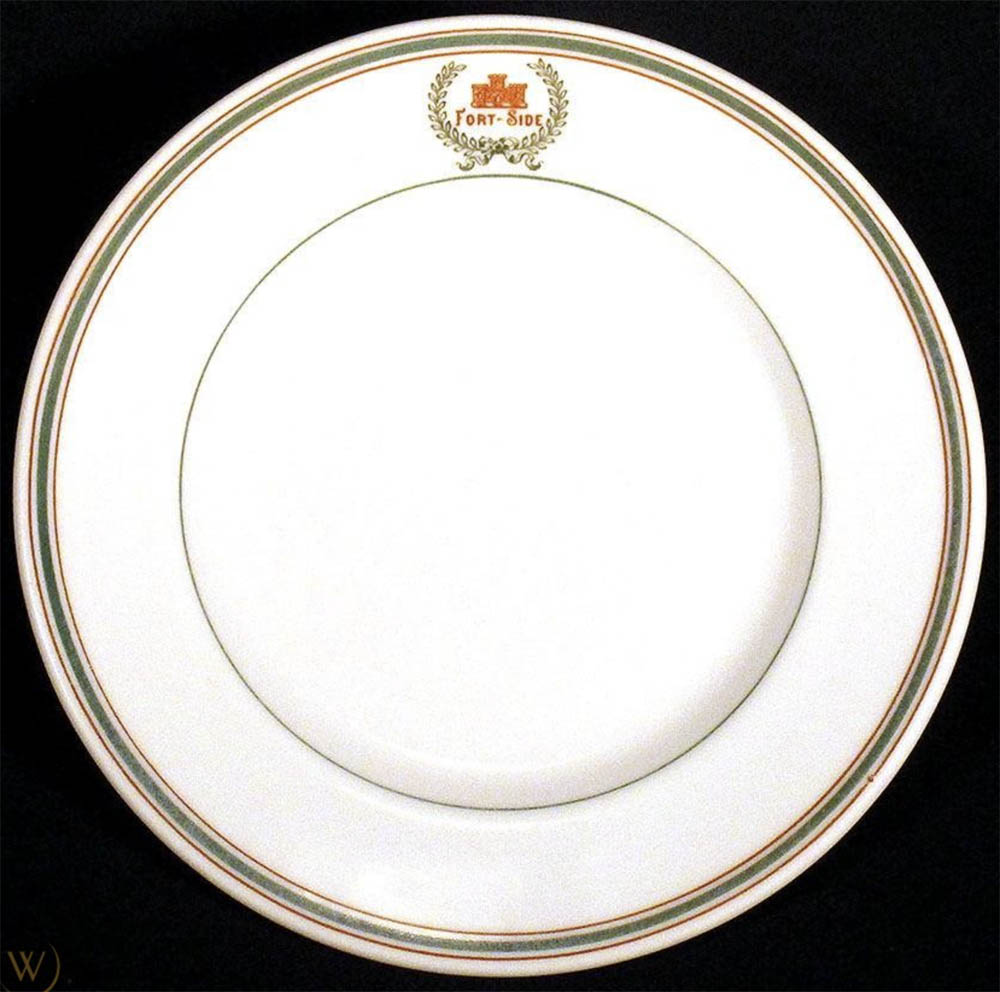 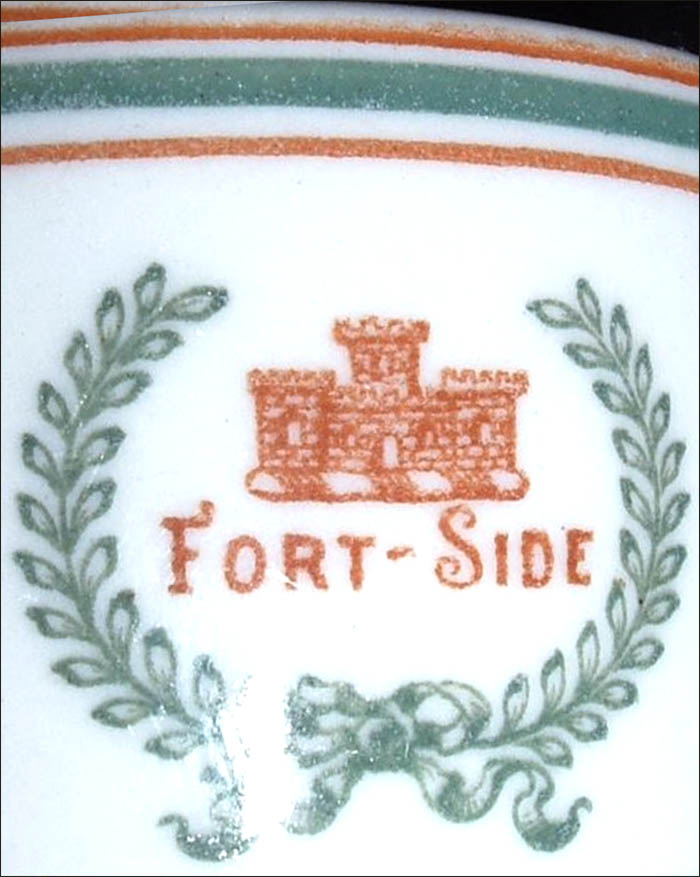 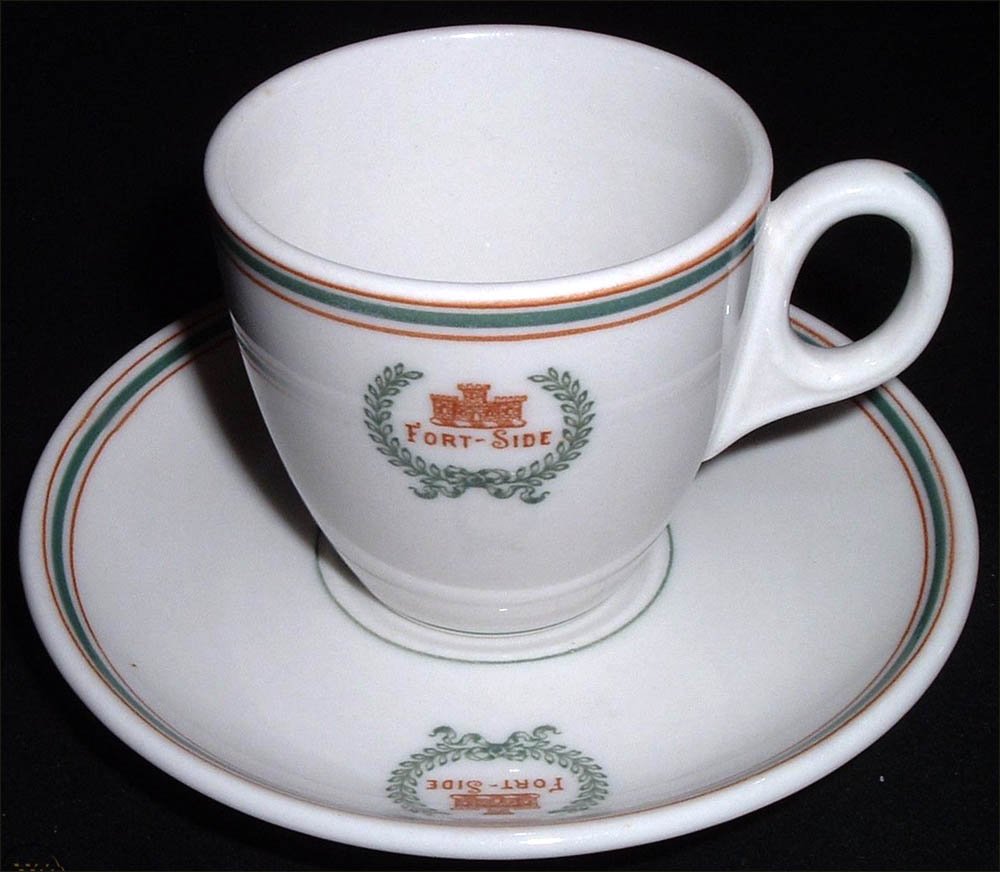 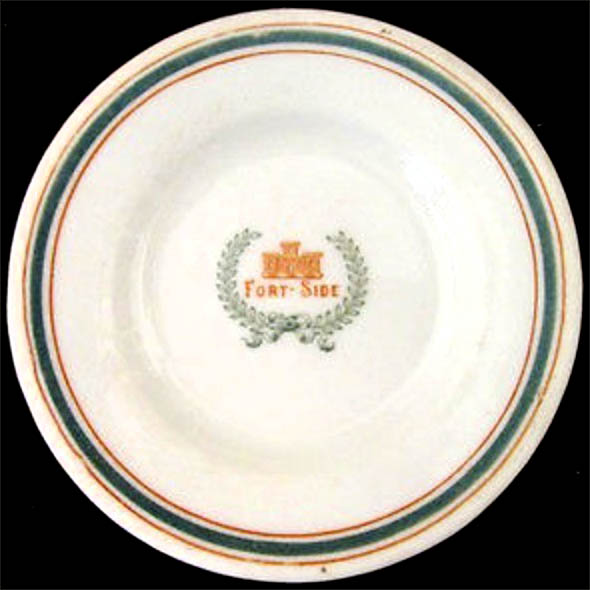 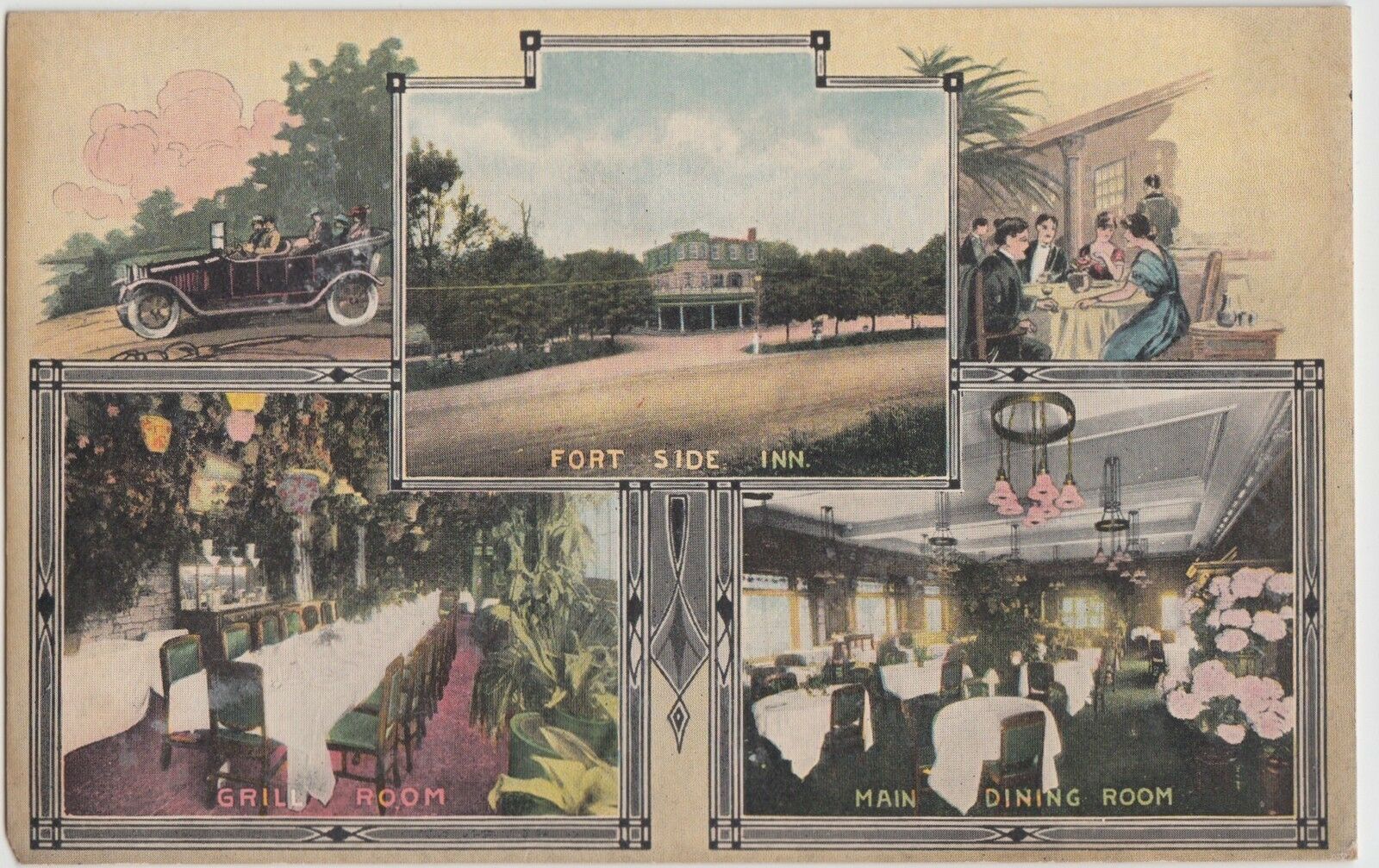 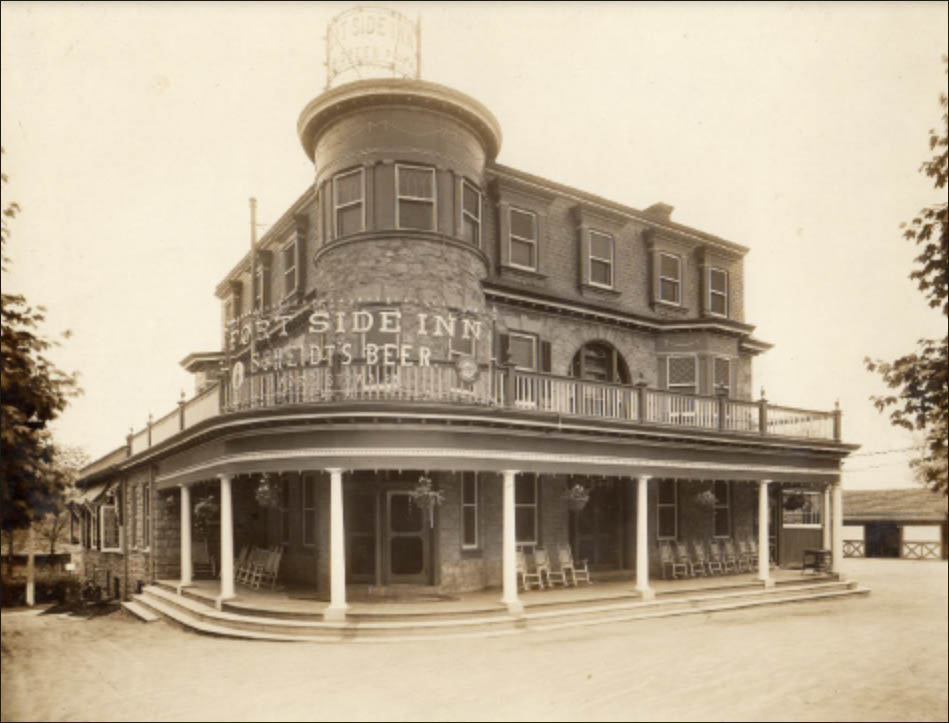 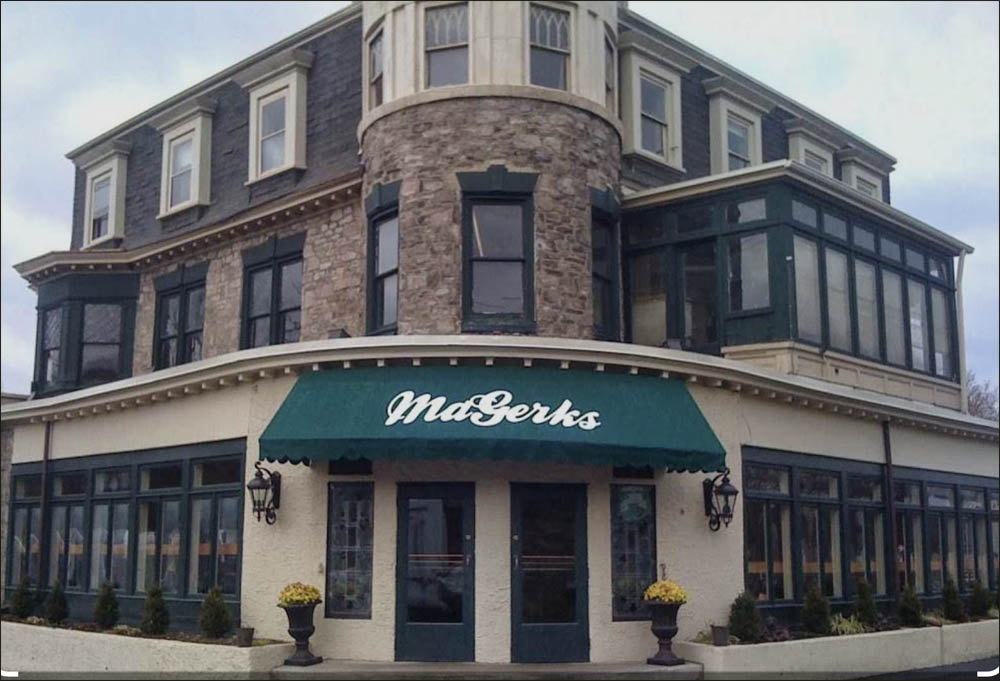 Notes:  The Fort Side Inn, at 582 South Bethlehem Pike, was built for Rondo W. Zeitz in 1901. In 1905, it was sold to William P. Greene. In 1910, Greene had it renovated into an exterior with a three-story round corner tower. The Inn had 40 bedrooms, but it was the restaurant that was the main feature, with a main dining room and a grill room. By the 1960s it was known as Jos. Donnolo's Fort Side Inn. Later it was renamed The Bent Elbo Tavern. In the fall of 2009, it became MaGerk's Pub & Grill.

Maddock produced a china service for the Fort Side that is crested with a red orange illustration of a castle-style fort with "FORT-SIDE" below. A green laurel wreath with bow encircles the name and illustration. There are red orange pin lines flanking a green line at the rim, and a green pin line at the verge. Roll trays and butter pats are among the known piece in this china service. John Wanamaker was the distributor.