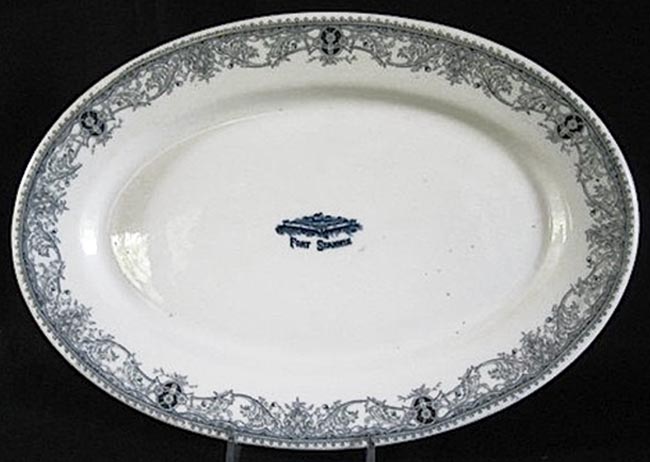 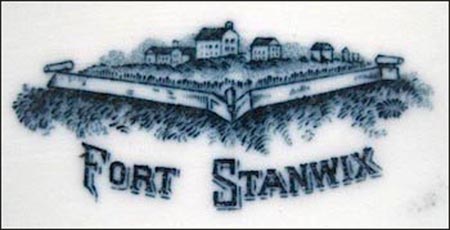 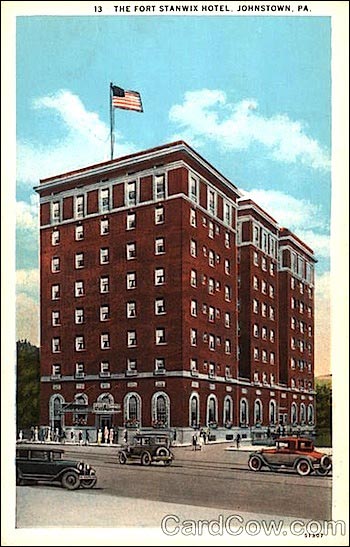 Notes: The eight-story 200-room Fort Stanwix Hotel was located at 332 Main Street, in Johnstown, Penn. Construction began in 1914 and was completed in 1915. By 1923, a 300-seat convention hall was added. According to Hotel Red Book advertisements, the hotel was in existence until approximately 1965 and was demolished in the early 1970s. Lee Campus of Memorial Medical Center is now located there.

White body, intricate rim treatment of vines and acanthus leaves, interspersed with cartouches of flowers. A rendering of the old Fort Stanwix in well of platter in a teal blue.