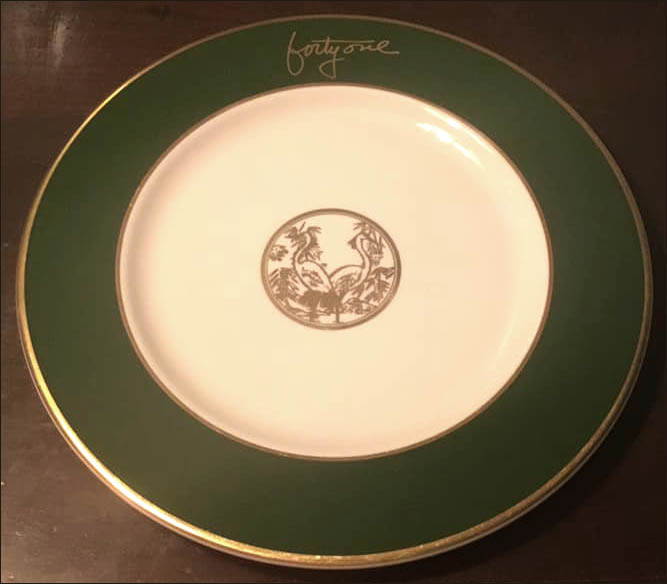 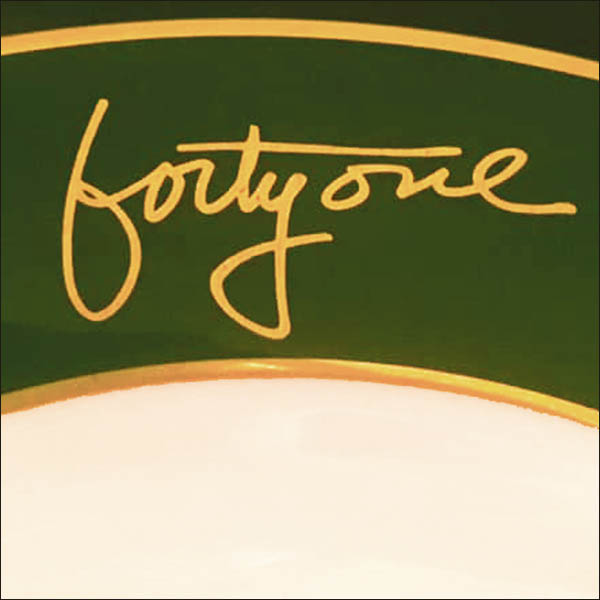 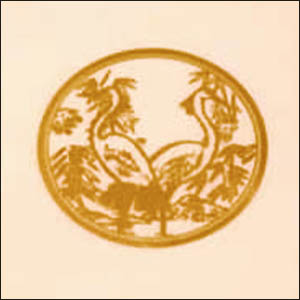 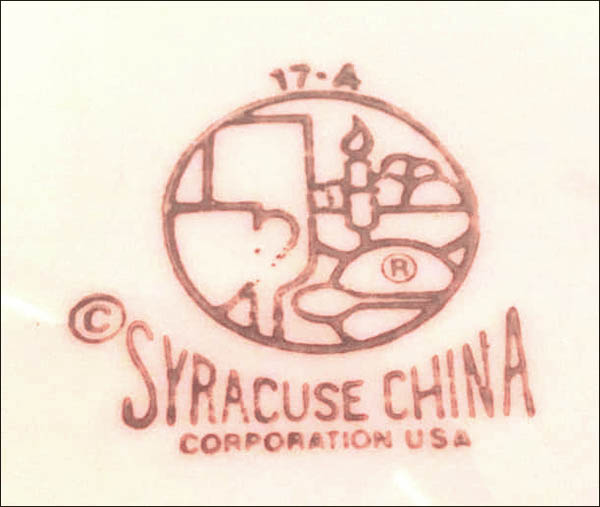 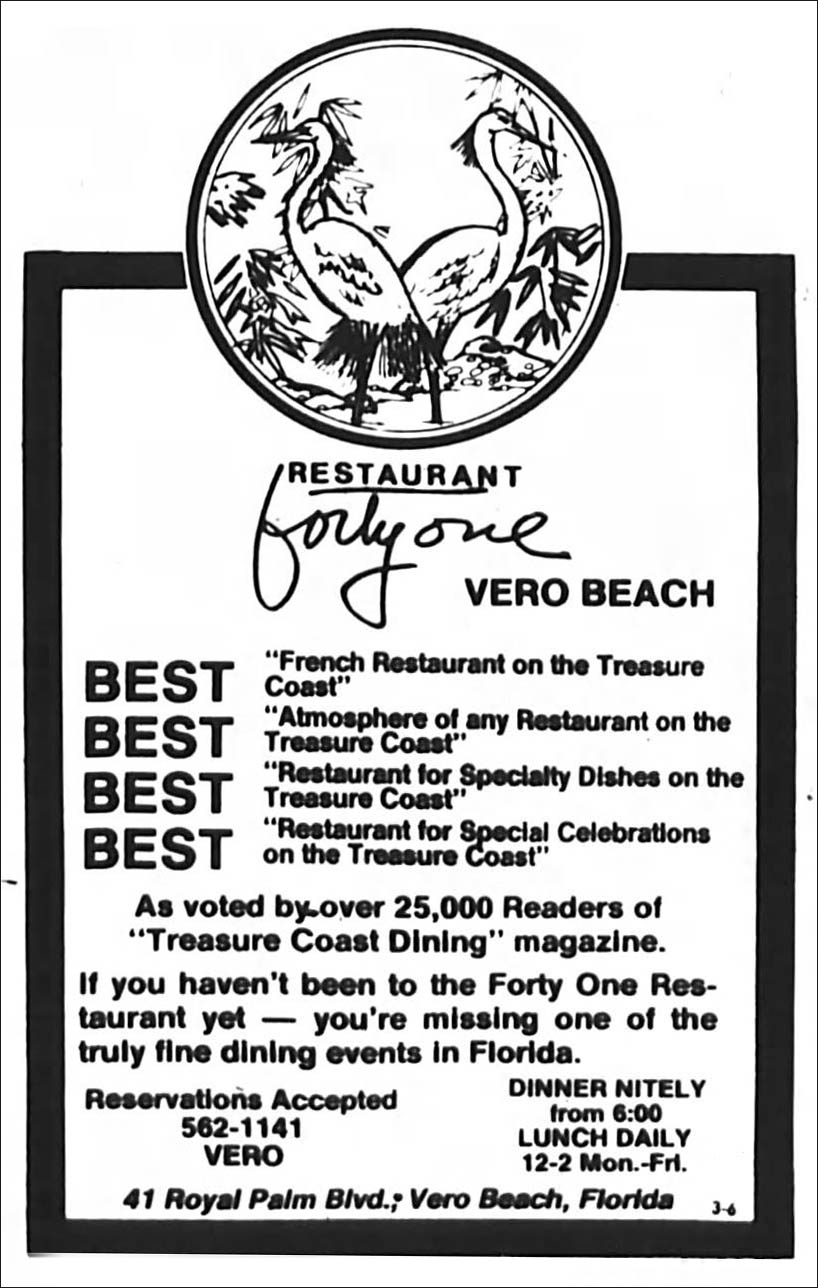 Notes: The Forty One restaurant was located at 41 Royal Palm Blvd in Vero Beach, Florida, on its Treasure Coast. It is not known when it closed, but all that has been found is a TV ad on YouTube from 1983.

White body service plate with gold on the rim and verge with an emerald green band covering the rest of the border except for the words "forty one" in lower case handwritten script in gold at the top center of the border. The well of the plate contains a circular drawing of two herons facing opposite directions in gold. This drawing seems to have been the logo for the restaurant.