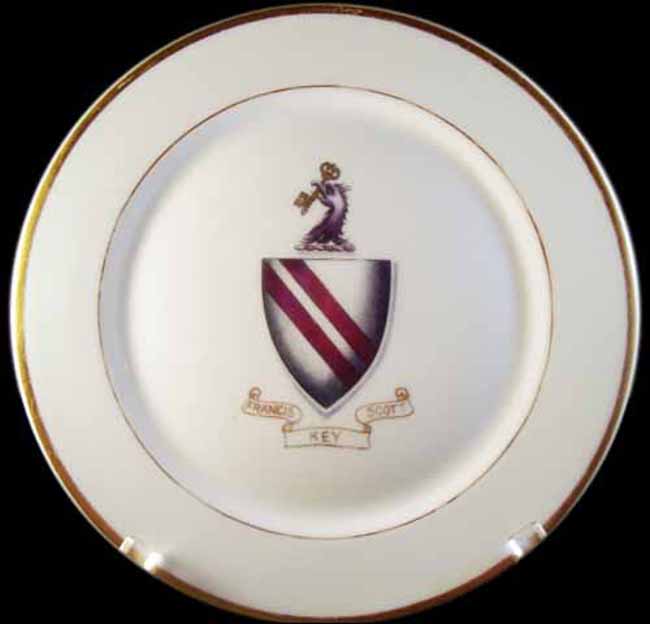 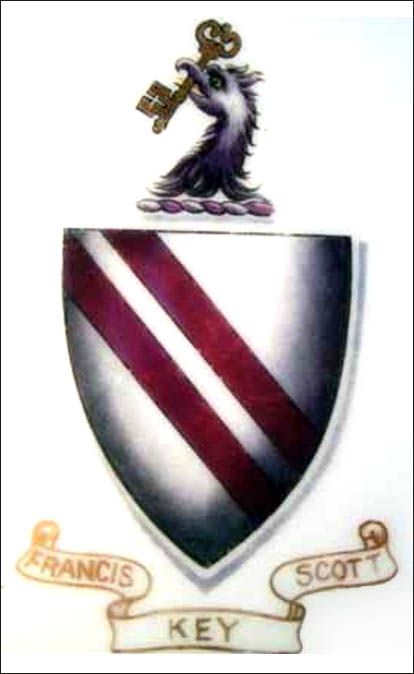 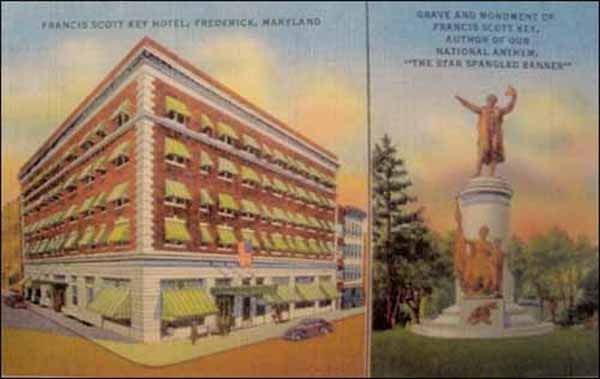 Notes: The Francis Scott Key Hotel opened on January 8, 1923 in Frederick, Maryland. It dominated the social scene in downtown Frederick until 1975, when hard economic times and suburban sprawl forced it to close. The building later was converted into a retirement home and exists today (2009) as an apartment building.

An early FSK postcard states: "Frederick's million dollar community built fire proof hotel ranks with the finest in the country. Located at the 'Hub of the Good Roads system of the East' at the intersection of the National Old Trails Road and the Susquehanna Trail, it is ideally situated."