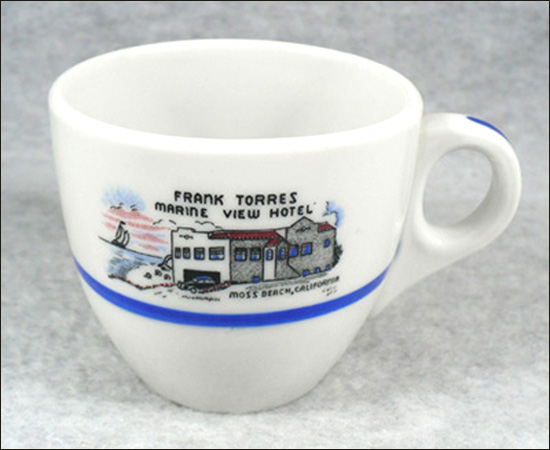 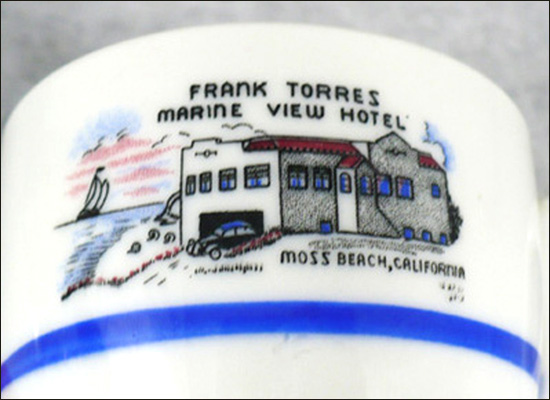 Hotel on the beach depicted on front, with the hotel name and location included in the logo.

Seal Cove in Moss Beach was a great place to land booze during prohibition due to its seclusion. Fortunately a roadhouse had been built on the bluff above it in 1917. Illegal whiskey landed on the beach, was dragged up a steep cliff and placed into the waiting vehicles to be taken to San Francisco. Some of the booze always found its way into the garage beneath "Frank's Place." Frank Torres used his excellent political and social connections to operate a highly successful, if illegal, business. Unlike many of the other speakeasies along the coast, "Frank's Place" was never raided.

In 1927 it was known as "Frank's Place" because Frank Torres owned and ran it. It was a successful speakeasy and became a popular nightspot for silent film stars and politicians from the City. After Prohibtion it continued as the Beach Hotel and Restaurant.

Now called The Moss Beach Distillery, it even boasts its very own ghost! This resident ghost, called the Blue Lady, still haunts the premises trying to recapture the romance and excitement of "Frank's" speakeasy years.