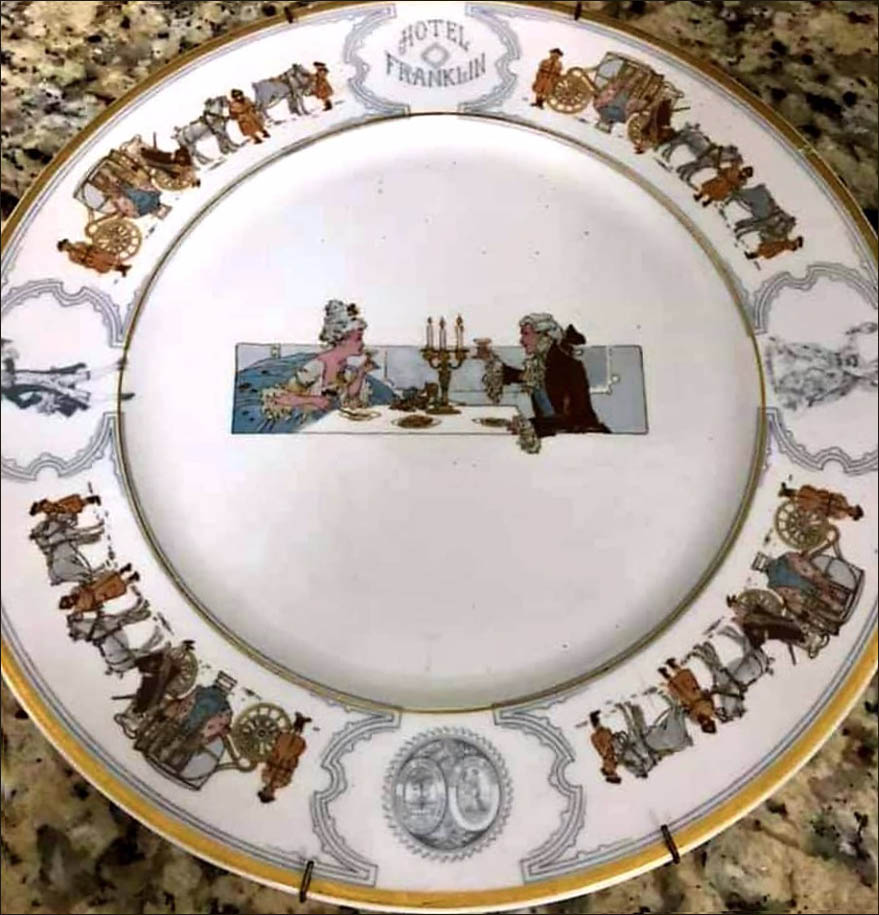 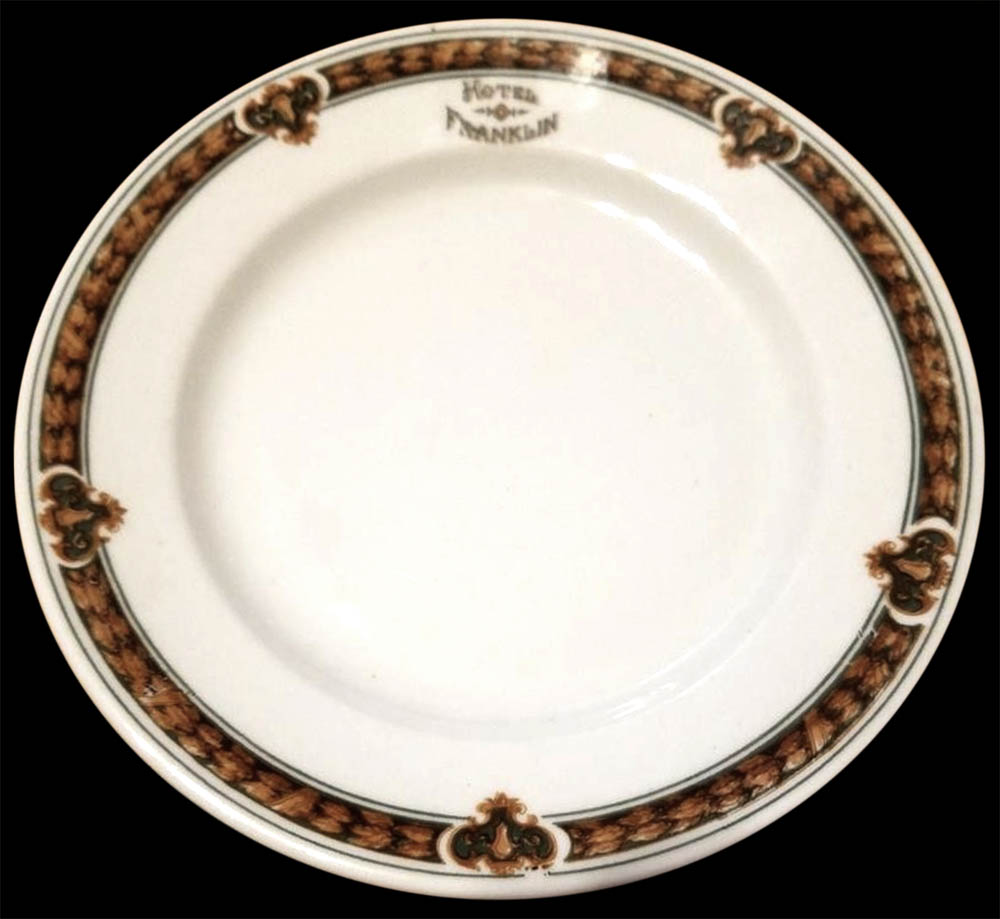 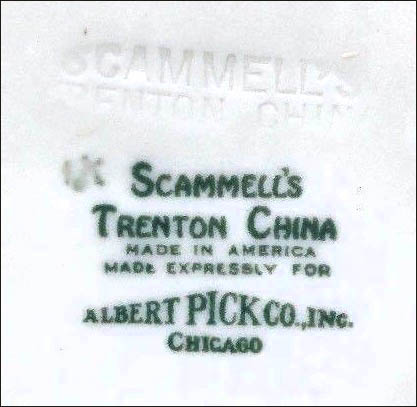 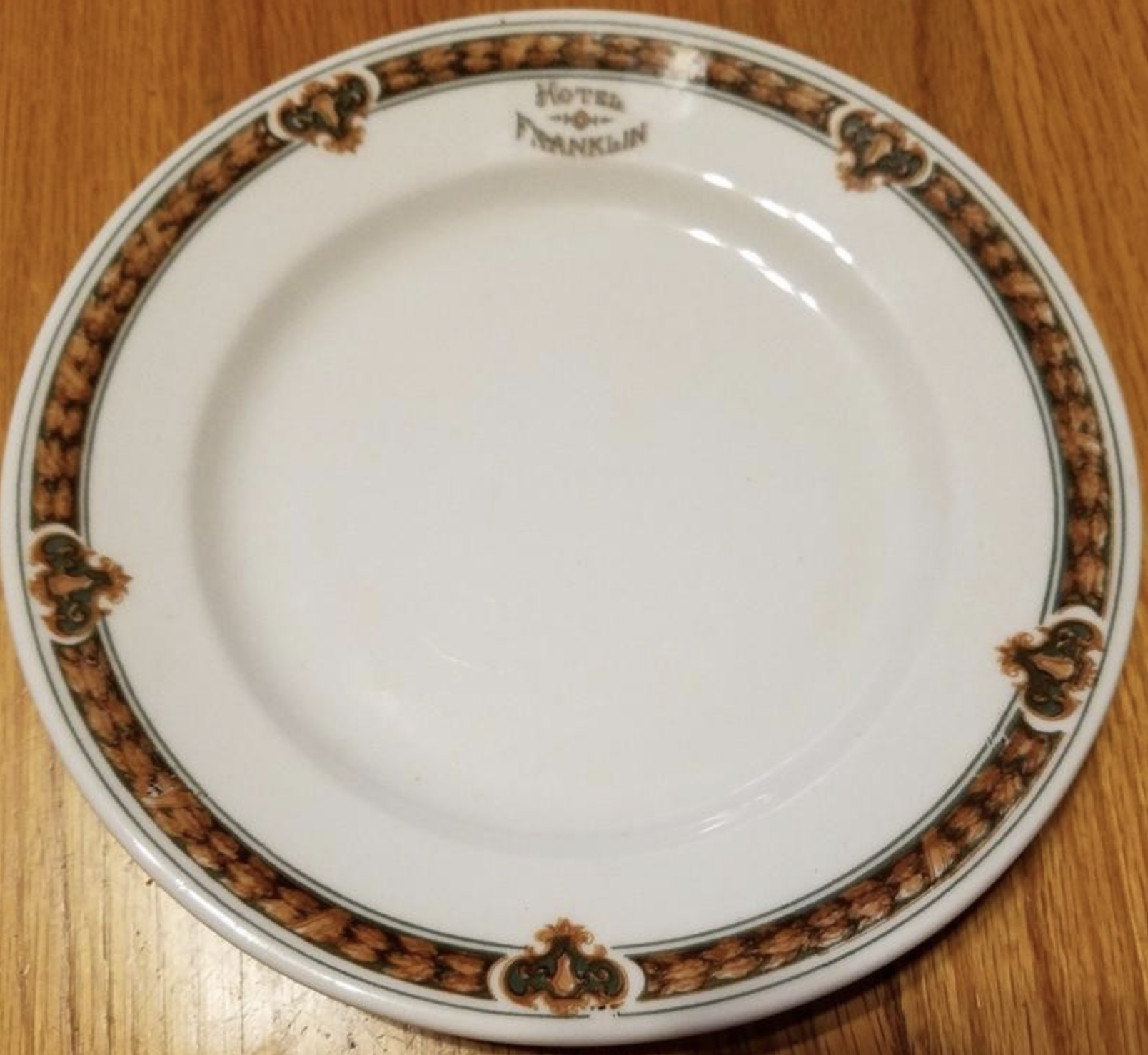 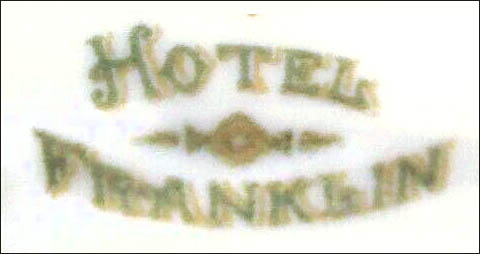 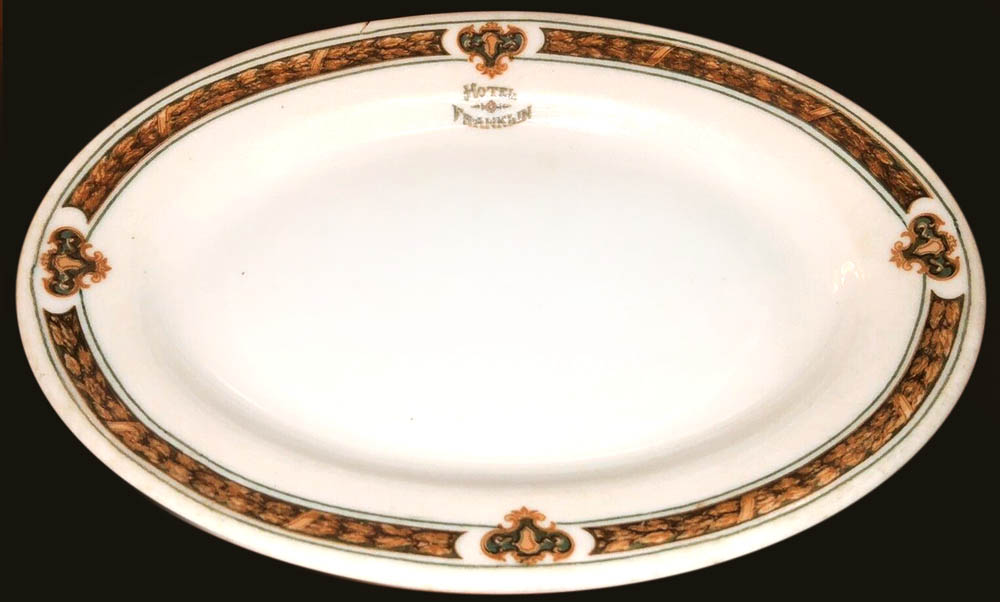 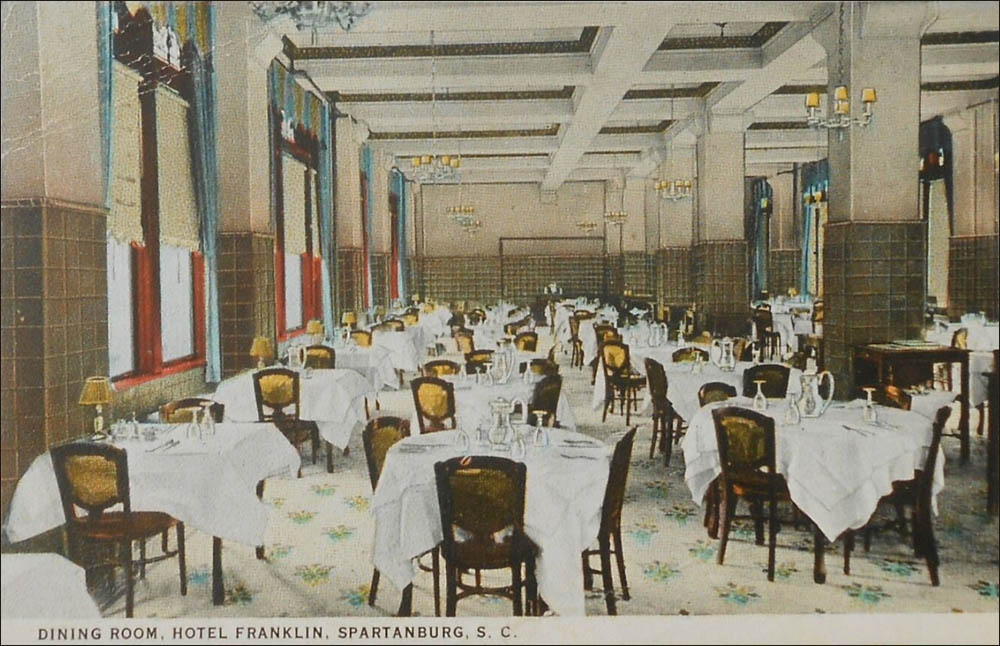 Dining Room at the Hotel Franklin 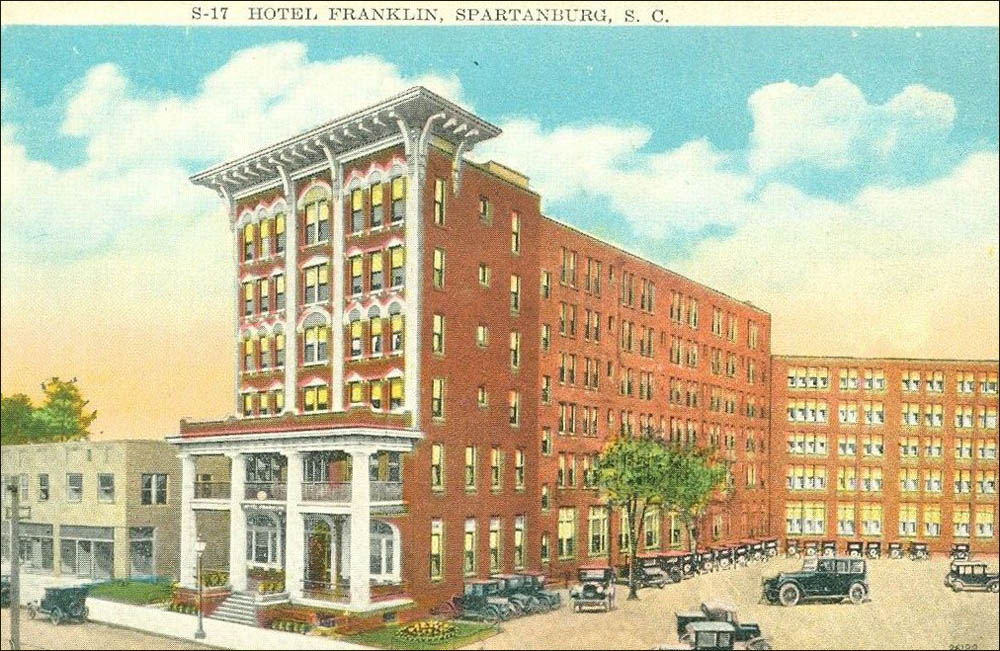 Notes: Hotel Franklin at 184 East Main Street, in Spartanburg, S.C., was built for W. T. Finch and was named Finch Hotel when it opened in 1908. When an addition was completed in January 1923, the hotel was renamed Hotel Franklin. This addition created an L-shape, six-story hotel with 200 bedrooms. In addition to the main dining room there were ballrooms on the first and sixth floors.

Maddock created the Hotel Franklin service plates using a coach and four horse decal that it used for a number of other customers. The crest "HOTEL FRANKLIN" formed into an oval, around a diamond. The South Carolina seal is at the 6 o'clock position. Colonial figures are at three and nine o'clock. The colonial couple dining in the center of the plate is another decal Maddock used for other customers.

After Scammell took over in 1924, they continued to produce china for the Franklin. The decal border was designed by Charles A. May and patented in 1913 (Des 44,690). The oval "Hotel Franklin" crest is below the border. The known surviving pieces were made on Scammell's Trenton China, and supplied by Albert Pick. Maddock probably produced the original order of this pattern when the hotel opened.