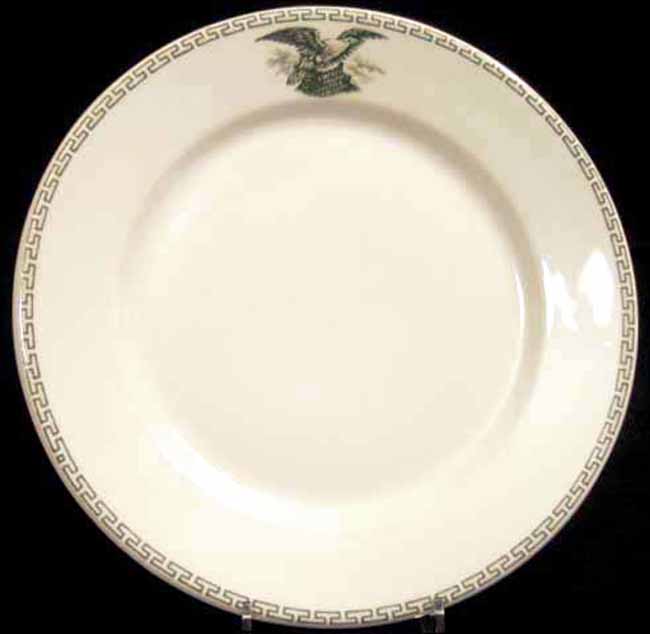 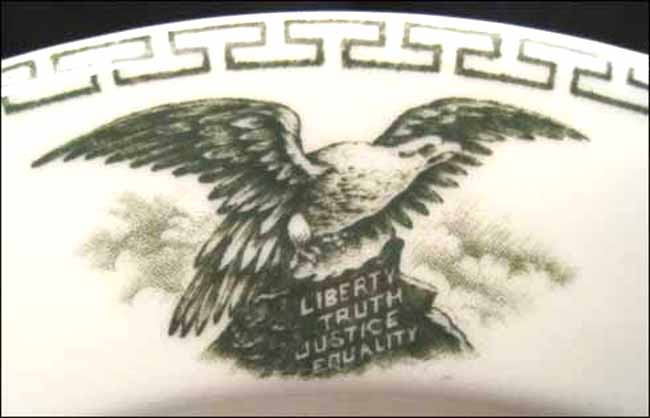 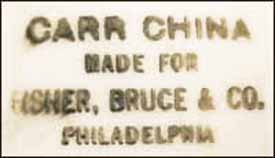 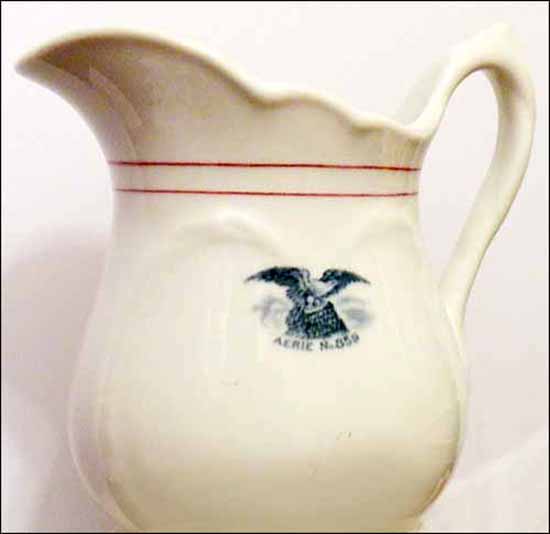 White body plate with gray green coloring. The rim is a modified Greek key pattern, with a spread eagle standing atop a rock with the words Liberty, Truth, Justice, and Equality written on the rock. Items (by other manufacturers which may or may not include Carr China) are frequently seen with the abbreviation F.O.E. or FOE accompanying the eagle.