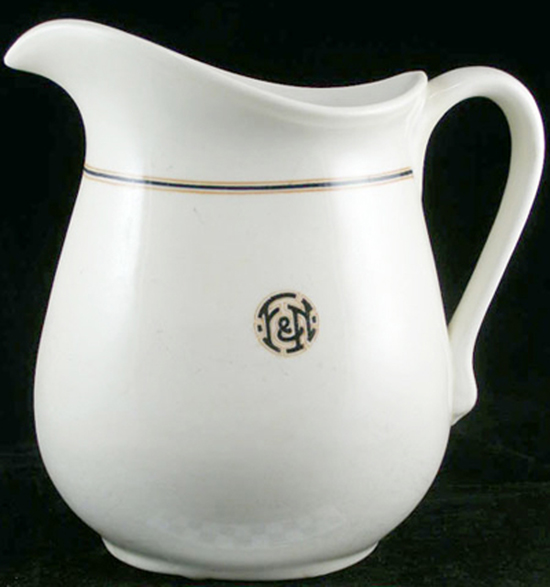 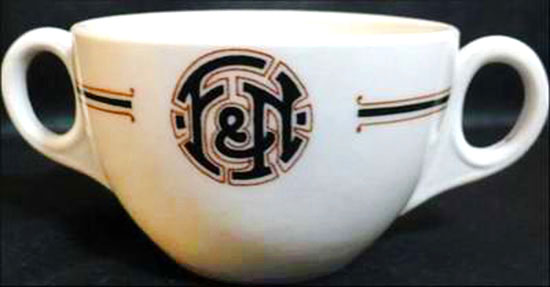 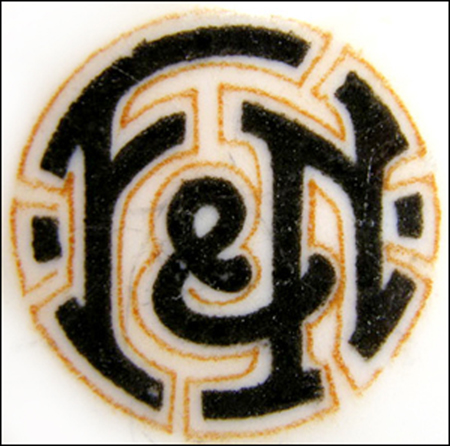 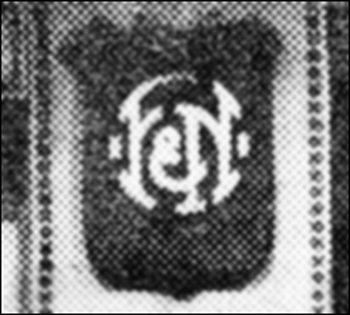 Notes: In 1903, Frederick & Nelson Department Store of Seattle, WA hired Eva MacCallum to open a tearoom and it soon became the city's most popular attraction. The Frederick & Nelson Tea Room employed 40 waitresses, a Page boy and a woman dressed as a French maid, who sold pastries at each table. In 1909, The department store decided to move 6 blocks north where they built a 6-story building that occupied nearly a full city block. The new location opened in 1918 and the new Tea Room could seat 400 people. Fashion shows were held at the Tea Room while the shoppers dined.

Most of the research on this piece was provided by Ann Wendell, Author of "Images of America: Frederick & Nelson," Arcadia Publishing, 2008.

Lamberton China white body with black monogram F&N with dots or dashes to the left and right of monogram outlined in a tan/orange loose border in a circle. Pitcher has a tan/orange – black – tan/orange pin lines around mid top. Backstamped with Maddock's Lamberton M-China-L logo, circa 1890-1911.