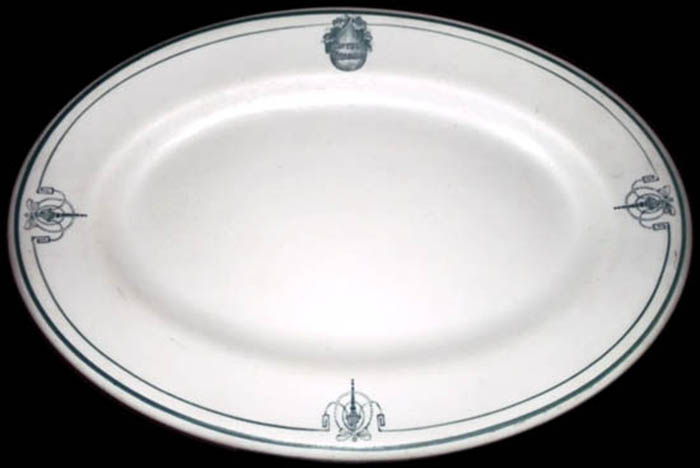 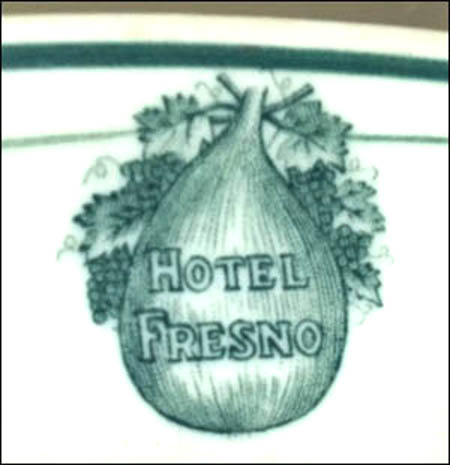 Notes: The Hotel Fresno is located at 1257 Broadway Plaza in Fresno, Calif. Construction on the seven-story, Beaux Arts hotel started in 1912 and it opened in 1913. It closed in 1983 and has been standing vacant ever since, but now (2015) there are plans to convert it into an apartment complex.

The design consists of what many consider to be dragonfly ornaments spaced around the ware, but they are actually a motif in green consisting of a torch within a circle of beads, topped with a bow. In addition, there is the HOTEL FRESNO crest in white letters outlined in green, set against a fig with smaller clusters of grapes and leaves behind it. (Fresno, located in the fertile San Joaquin Valley, is an important supplier in the United States of dried figs.)