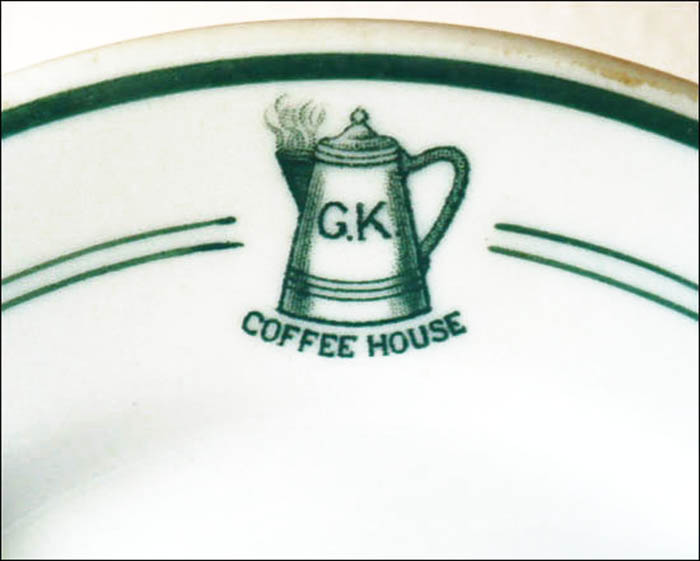 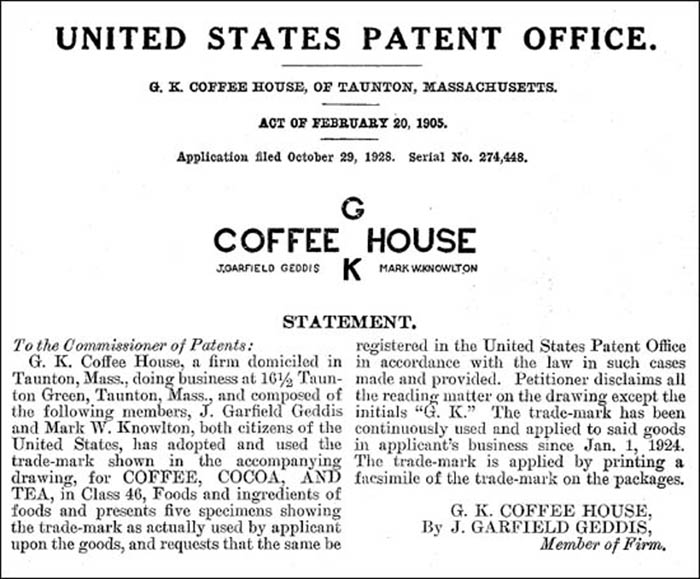 Notes: Per RWCN member lmfish06, the coffee house was located in Taunton, Mass., and was owned by J. Garfield Geddis and Mark W. Knowlton, whose last names would have been the inspiration for the shop's name.

The plate has three green lines, a wider one near the edge of the plate and two narrow lines mid-rim that are intersected by the logo, which is a steaming coffee pot with the letters G.K. and below, Coffee House in all caps, all in green.