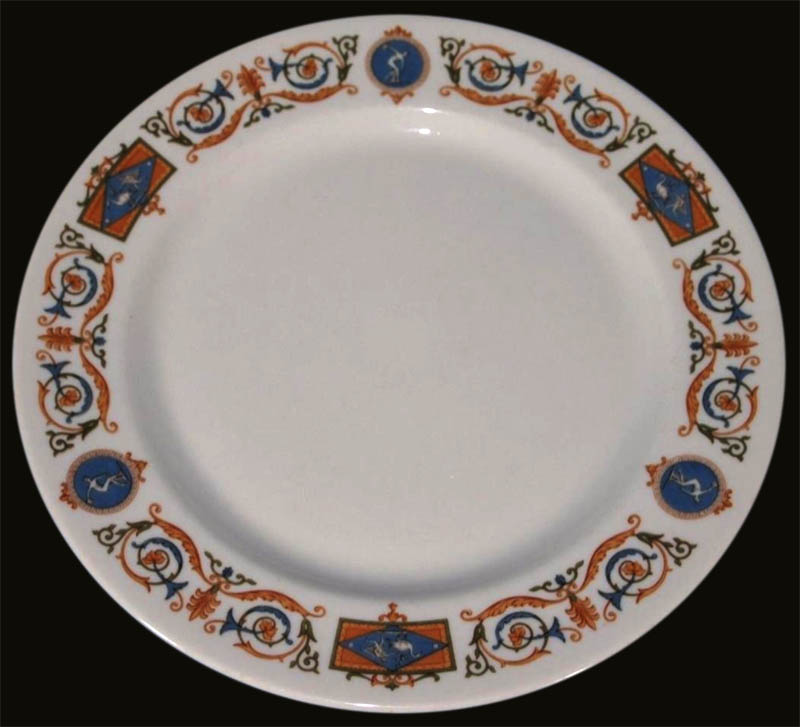 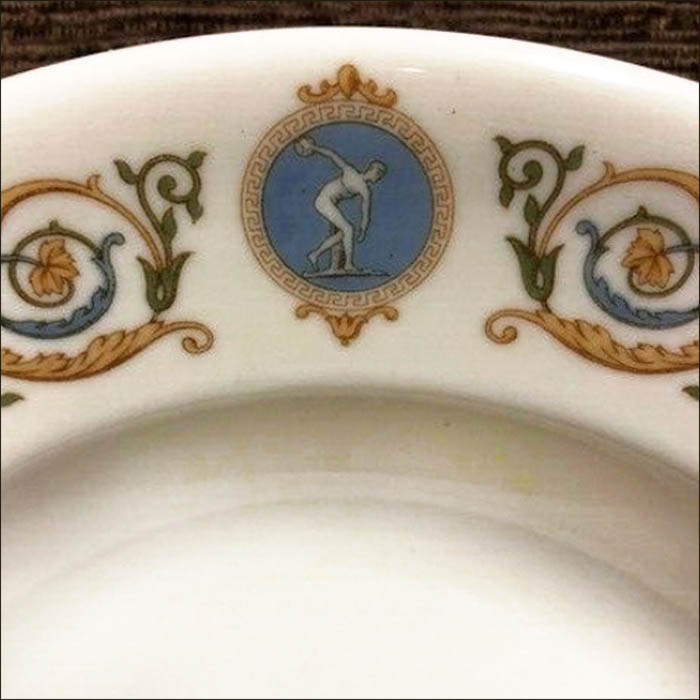 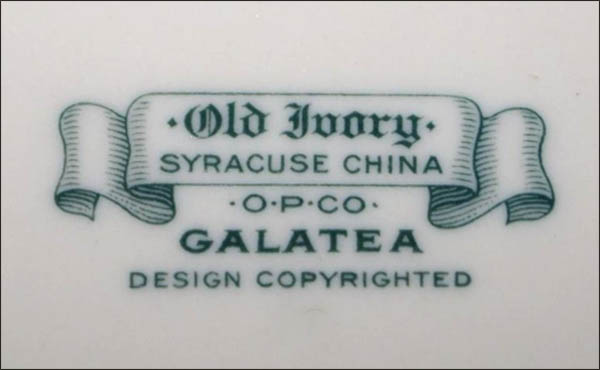 Notes: According to railroad china authors and experts Doug McIntyre and Richard Luckin, photos have emerged that show the Galatea pattern in use on the Milwaukee Road's Olympian. It is also known to have been used at the railroad's Yellowstone Park Hotel.

McIntyre has written that all china used on the Olympian was backstamped and thus was custom to the Milwaukee Road.

Regardless, Galatea was a prolific stock pattern and was used in many locations other than railroad property, and at least one other topmarked Galatea piece has emerged that was customized for a business.

Border with orange, rust and blue swirls and vines with blue diamonds and a cartouche that appears to show a discus thrower.