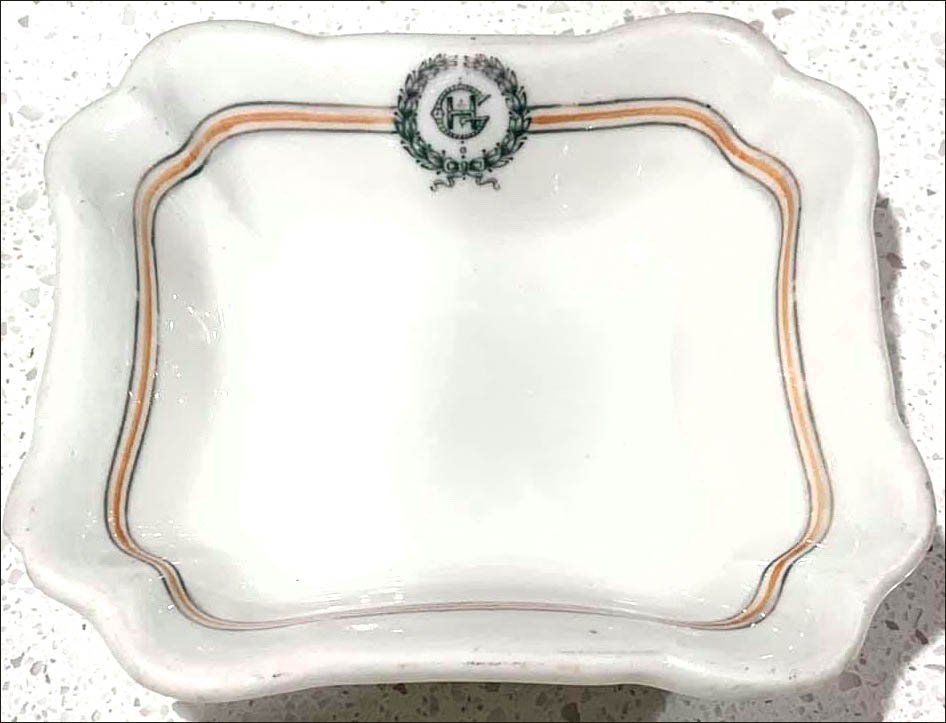 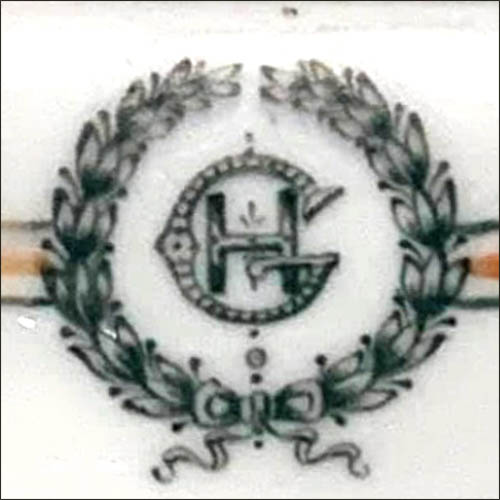 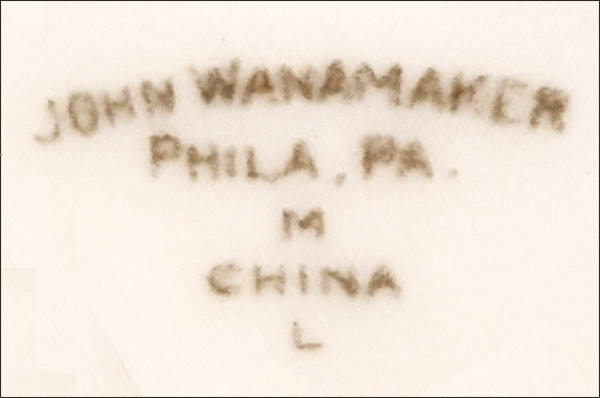 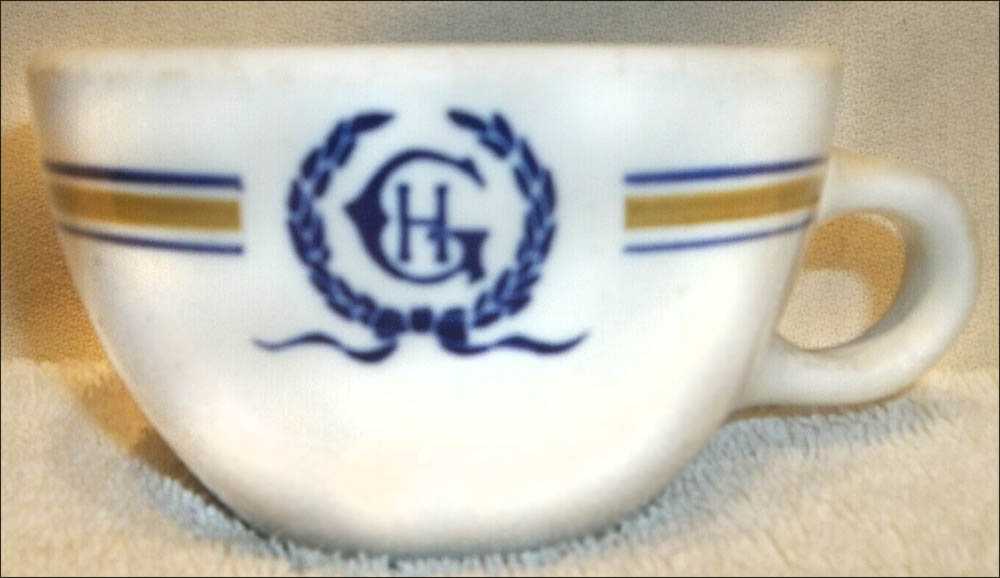 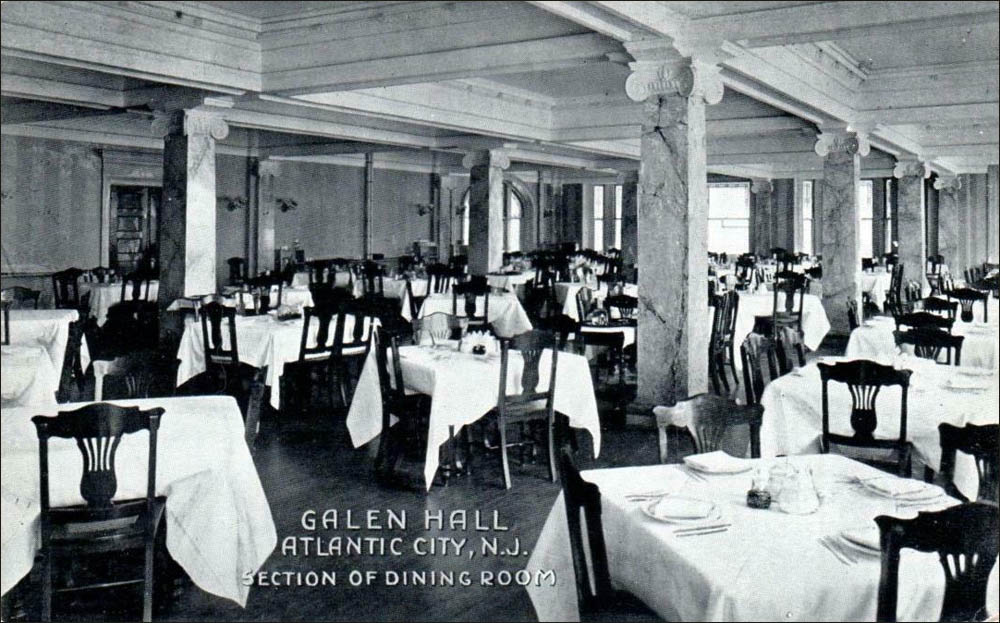 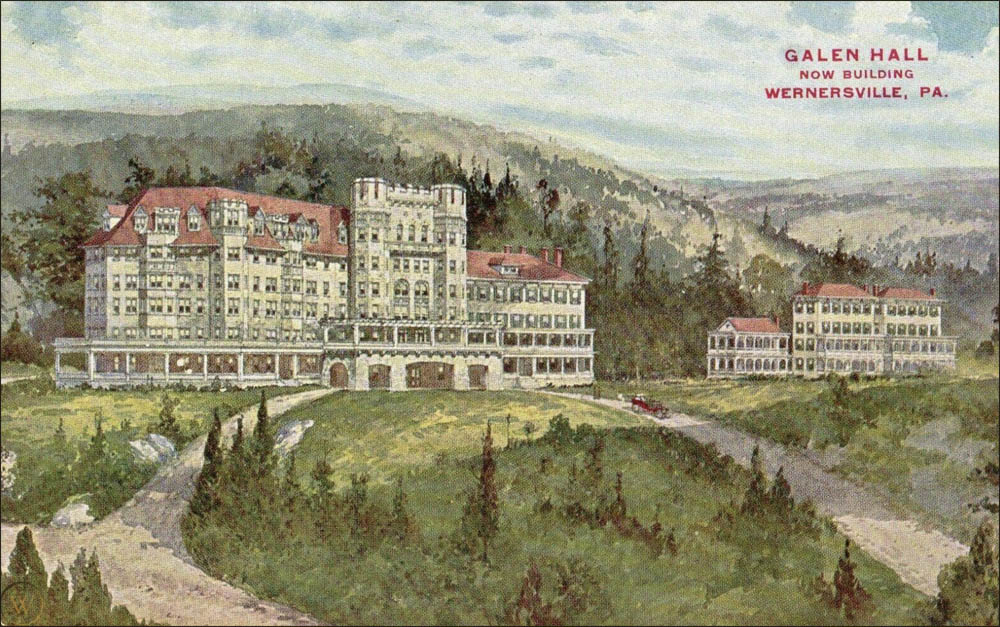 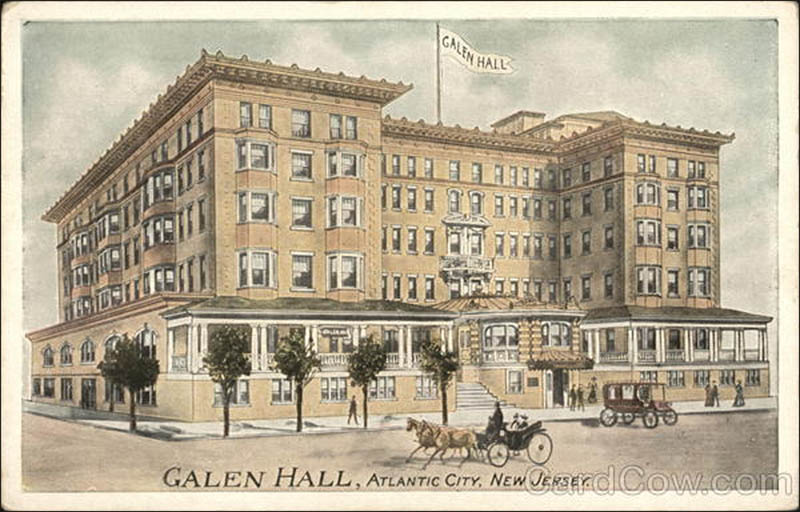 Notes:  Around 1895, Dr. William H.H. Bull purchased the three-story Ocean House, on the corner of Pacific and Connecticut Avenues, in Atlantic City, N.J. Dr. Bull renamed it Galen Hall and operated it as a combination hotel and sanatorium. Around 1904, a new six-story Galen Hall replaced the old one. The new Galen Hall was owned by the newly incorporated Galen Hall Company. An addition to the dining room in 1921, increased the seating capacity to 350.

In 1880, Dr. James Preston opened Preston Sunnyside on the south side of a mountain in Wernersville, Pennsylvania.  It was enlarged several times before the Galen Hall Company bought it in 1911.  The Galen Hall Company expanded it with a seven-story stone addition containing 300 rooms. And they renamed it Galen Hall.

The Atlantic City Galen Hall was renamed Astor Hotel in 1941 and was torn down in 1959.

Maddock Pottery produced the original china service used in both Galen Halls. It is crested with an interlocking "GH" monogram within a laurel wreath, with bow.  There are two versions of the pin lines flanking the crest. One has just two gray green pin lines. The other version has an orange pin line between the green lines. The Maddock Lamberton china was supplied by John Wanamaker.

Shenango China made a third version of the pattern with a revised "GH" monogram and wreath in blue. Blue pin lines flank a wider orange line. Smaller pieces in this service have only the three lines.