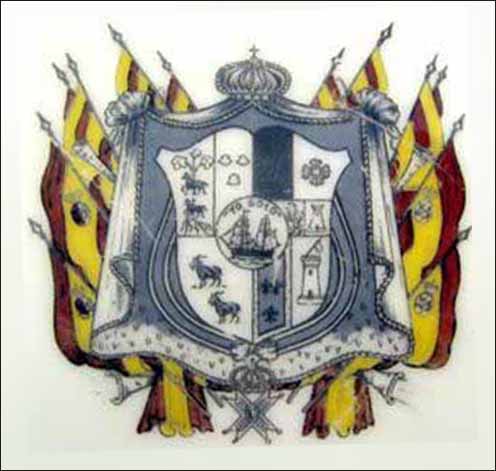 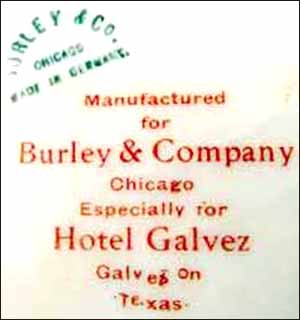 Notes: From the hotel's website : "Constructed in 1911, Hotel Galvez was named after Bernardo de Galvez, the Spanish Colonial governor for whom the city of Galveston was named. In 1980, the hotel was named in the National Register of Historic Places. Called the 'Queen of the Gulf,' the hotel has an interesting history and over the years it has served dignitaries, celebrities, newlyweds and families. It has endured the transference of ownership, multiple renovations, and devastating weather conditions. The Hotel Galvez is Galveston's only historic beachfront hotel."

Burley & Co. was acquired by Albert Pick in the early 1920s and it merged with Burley & Tyrrell Co. in 1907, according to Restaurant China Volume 2. This plate, therefore, was likely manufactured when the hotel opened.