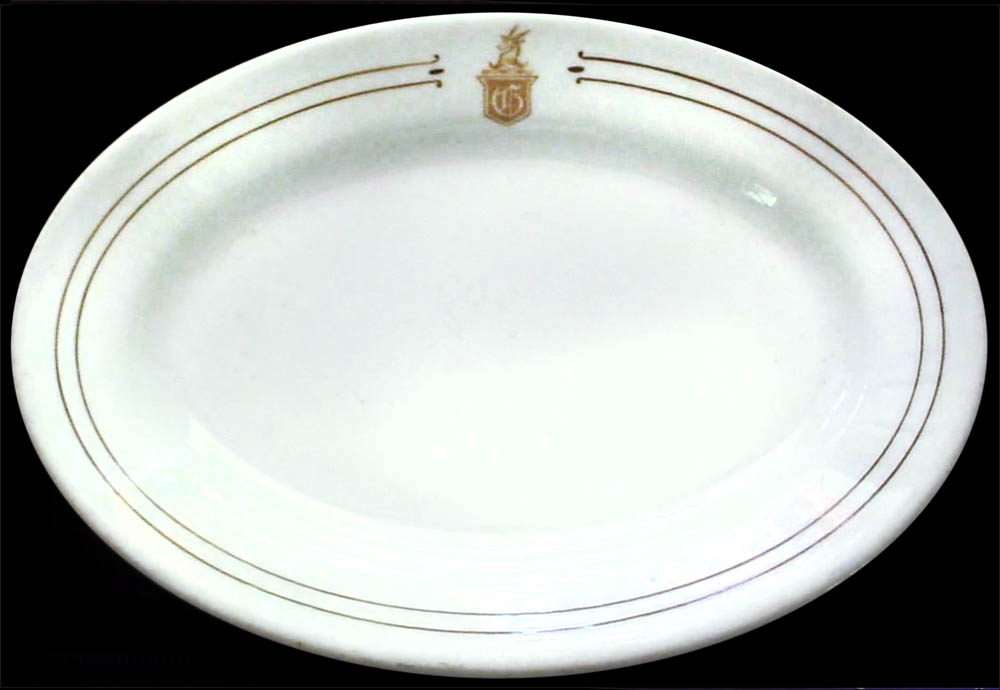 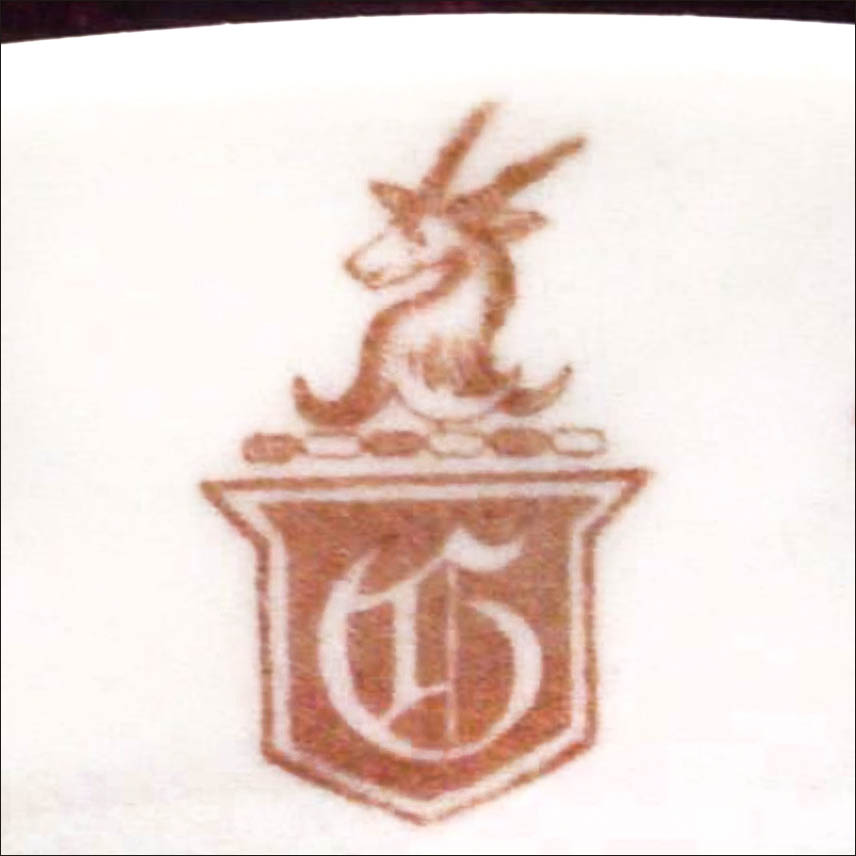 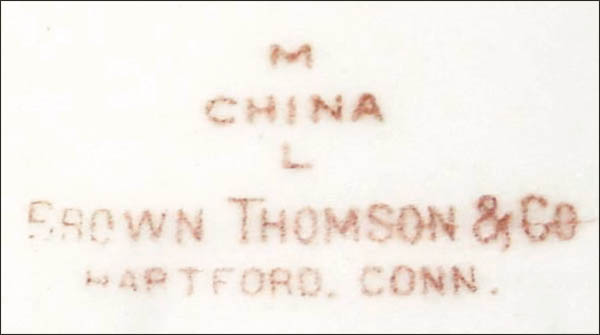 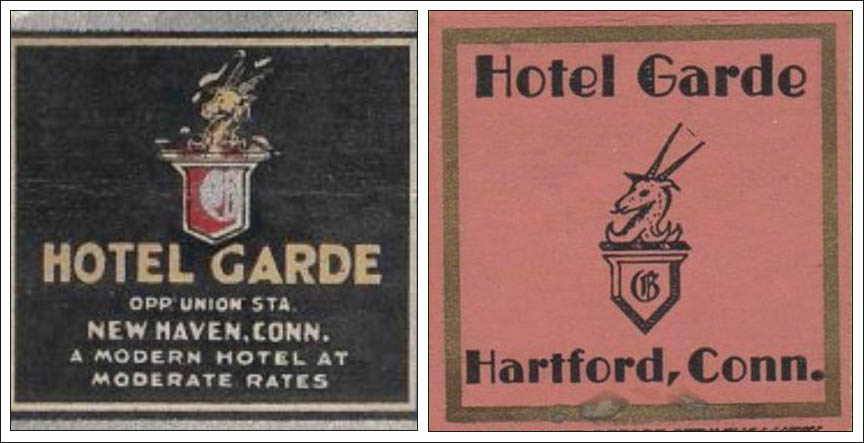 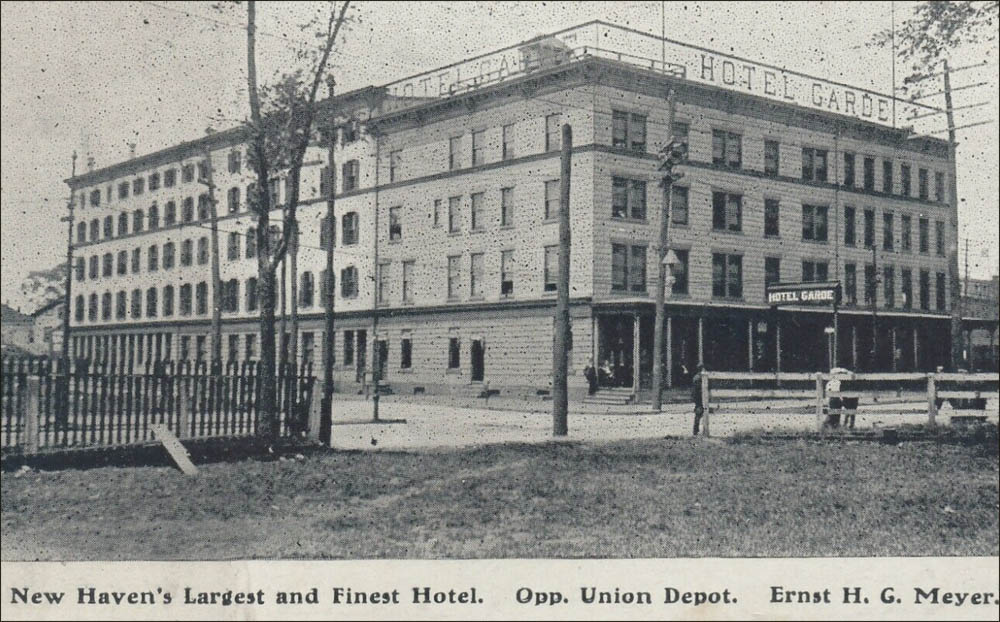 Notes:  The Hotel Garde, at Columbus Avenue and Meadow Street in New Haven, Conn., was opened June 1, 1894, by William Henry Garde. In 1897, The Hotel Garde Company was organized with William H. and his son, Walter S. Garde as directors. In 1904, the Garde Company began construction of a second Hotel Garde, on the corner of Asylum and High Streets in Hartford, Conn., which opened May 23, 1906.

Maddock made a Lamberton china service for the Garde hotels that is crested with a red transfer shield containing an Old English-style "G." The torso of a two-horned animal is on a torse ribbon bar above the shield. Two red pin lines with curved ends flank the crest. Some of this china was supplied by Brown Thompson & Co., of Hartford. William Scammell's New England contact notebook, from around 1924, lists the Edward Melley Co. as distributor of china for the New Haven Garde. It does not describe the pattern in use at that time.