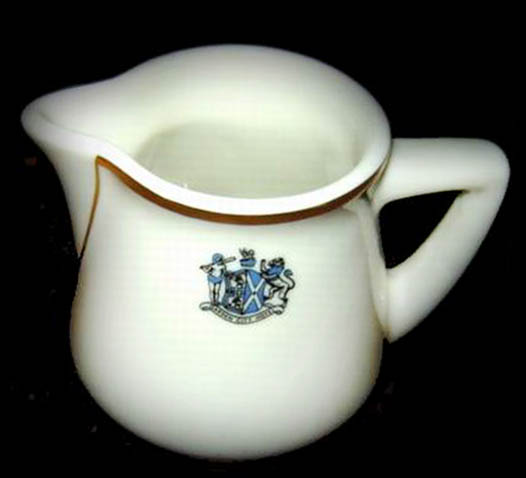 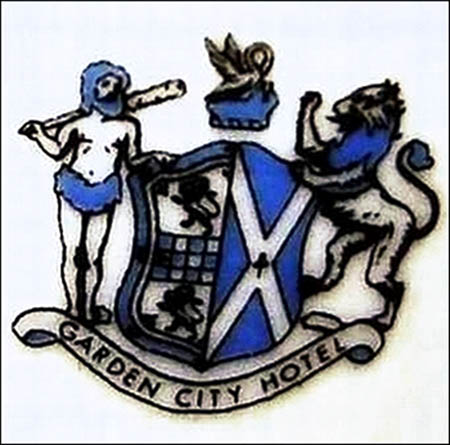 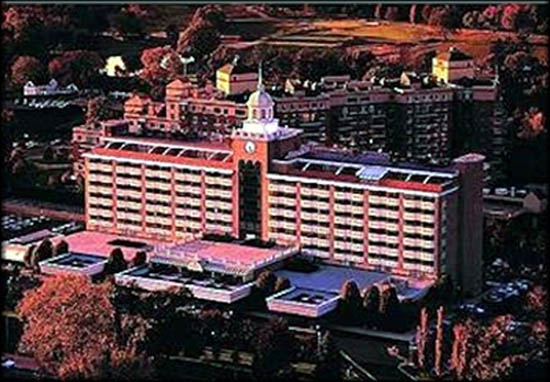 Notes: When multi-millionaire Alexander T. Stewart began planning Garden City on 7,000 acres of land he purchased approximately 20 miles from New York City, he made its focal point a grand hotel that would attract a famous and wealthy clientele from around the world. With its opening in 1874, The Garden City Hotel was immediately pronounced a great success.

A second hotel was built on the same site in 1901, so the Vanderbilts, Astors, and Belmonts would have a place to stay for the polo matches, horse racing, and the new sport of auto racing. Charles Lindbergh stayed at the hotel while preparing for his historic flight. This structure was built in the center of a golf course in 1901.

In the early 1980s, current owner Myron Nelkin built the existing Garden City Hotel. Since then, this world-class, luxury hotel has been guided by the Nelkin family, who continue to uphold the tradition of elegance and service established over the past 125 years.

White body creamer with handle. Gold band around rim and spout. Logo with blue and black decoration. A two-part shield with rampant lion on one side and a man with a club on the other; swan above and a banner below with Garden City Hotel.