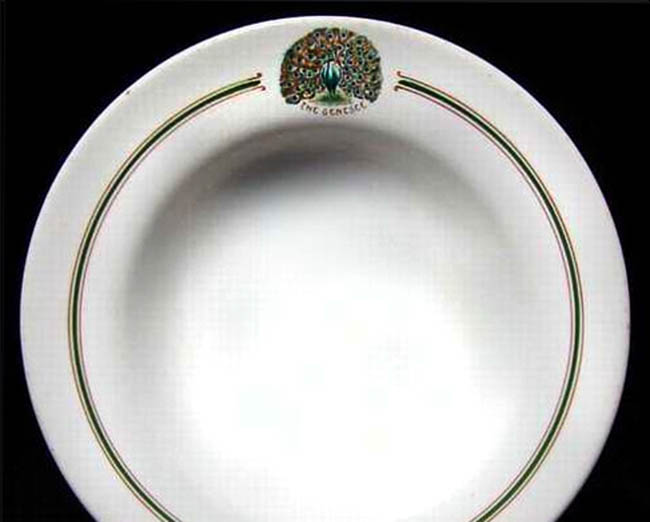 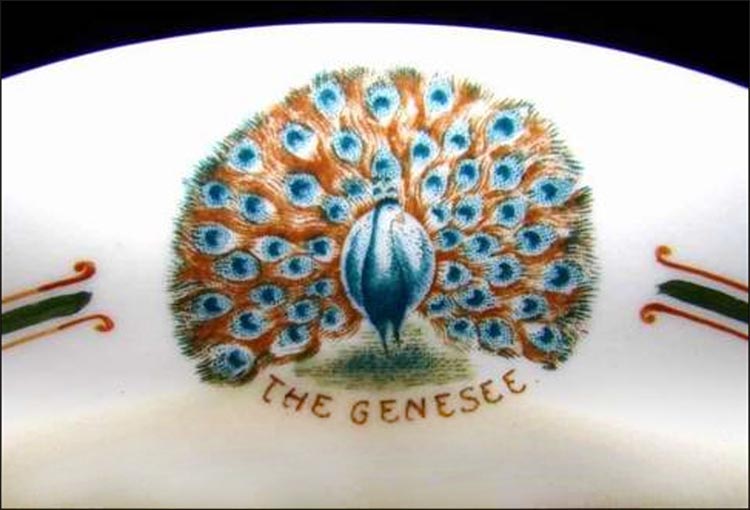 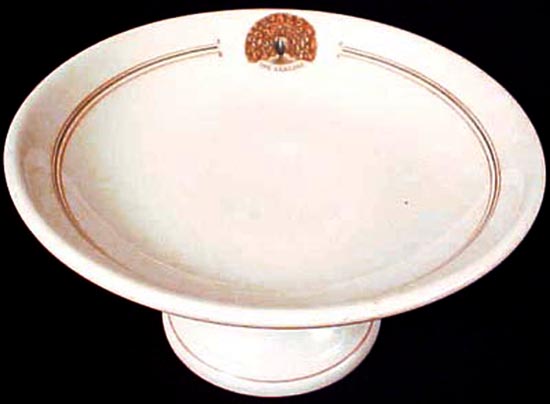 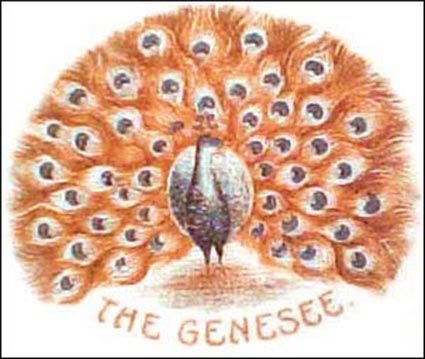 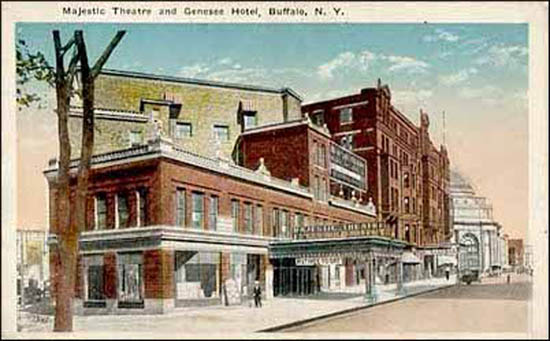 Notes: This was the third Genesee Hotel, located at Main & Genesee Streets in Buffalo, N.Y. The first wooden structure was torn down in 1842. The second brick hotel was torn down in 1881. This third brick, six-story, Genesee Hotel opened in 1882 and was demolished in 1922 to make way for the Genesee Office Building. The Genesee Office Building was later converted to the Hyatt Regency Hotel.

White body with green line border set within two red pinstripes with curled ends. Topmarked with a colorful peacock in shades of blue, green and red and the words "The Genesee" in red beneath it. The Buffalo Compote peacock topmark is color variation.