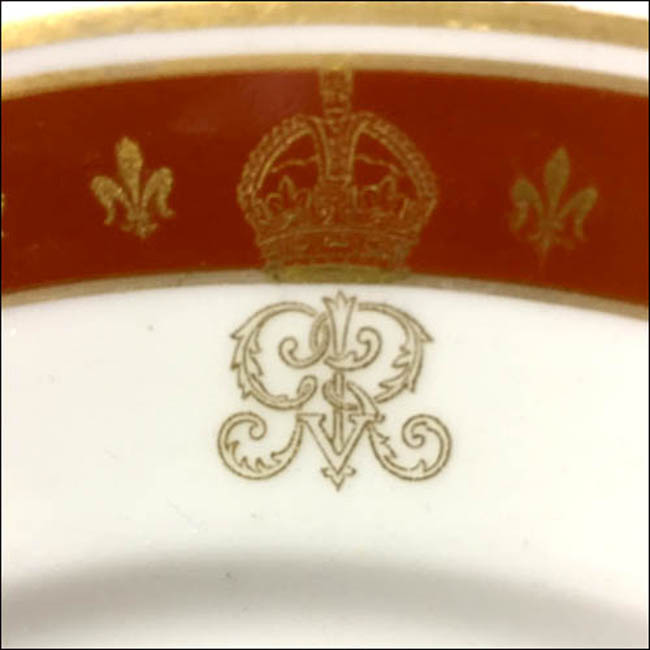 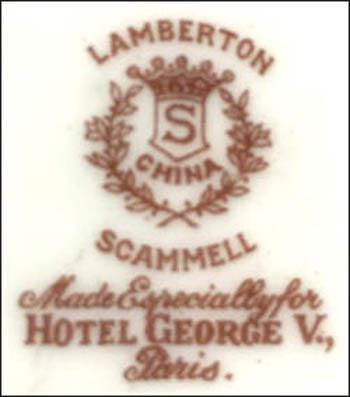 Notes: The eight-story, Art Deco hotel opened in 1927 in Paris, France. It was financed by wealthy American hotel operator Joel Hillman at a cost of $31 million.

The white plate is crested with a coin gold interlocking script GR with a small V at the center between scrolled strokes. The wide border band in maroon with coin gold fleur de lis alternates with a crown within wreath.

The plate is backstamped Lamberton Scammell Made Especially for HOTEL GEORGE V., Paris. Scammell was very proud of having produced china in Trenton for use in a hotel in France. They listed Hotel George V as a customer in their 1931 catalog.