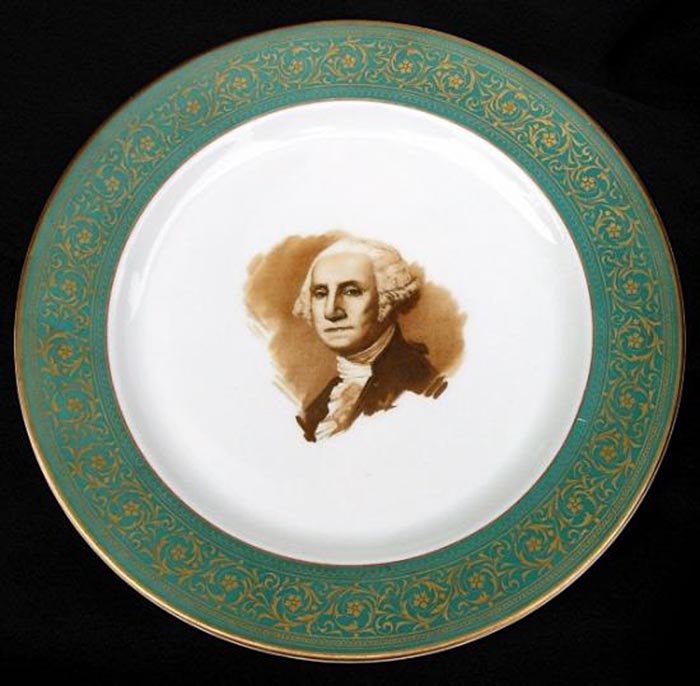 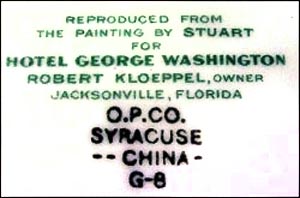 Notes: Located on the corner of Julia and Adams Streets in Jacksonville, Fla., Hotel George Washington opened in 1926. The hotel's sign on the roof was the first neon sign in the city and the hotel was the first 100% air-conditioned building in the country. A local businessman, Robert Kloeppel, built the luxury hotel and owned it until 1963, when it was sold. It was demolished in 1973 and a federal court building occupies the site.

White body, teal band around the rim with gold overglaze design. Image of George Washington from the famous Gilbert Stuart painting, in shades of brown, in the well.