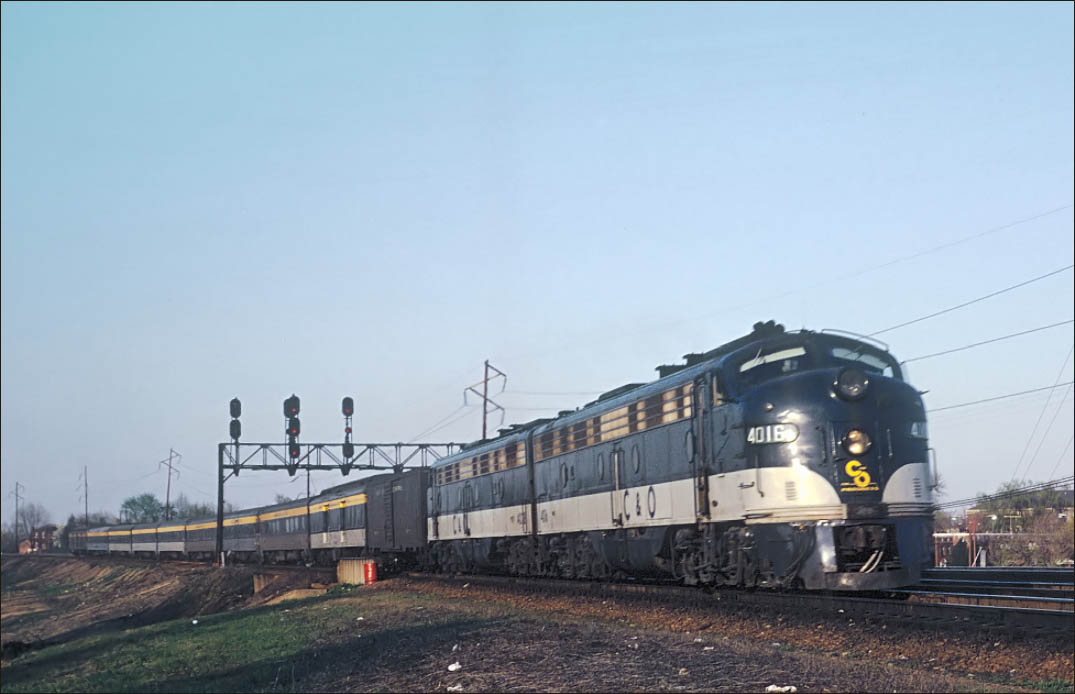 Notes: From Wikipedia: "When the George Washington was inaugurated as C&O's top-notch train on April 30, 1932, it was one of only two all-air-conditioned, long-distance trains operating in America. (the other was the Baltimore and Ohio Railroad's Capitol Limited, which was instituted as an all-air-conditioned train only a week or so before the George Washington). New equipment was not built for this train; instead, older cars that were completely refurbished by Pullman and by C&O shops.

"In keeping with the theme, all the sleeping, dining, and lounge cars on the train were named for people, places, or events connected with Washington's life. In the sleepers the rooms were likewise given names of people associated with him. Booklets about Washington's life, followed by descriptions of the new train, were issued in great quantity, the train appeared in advertising in major magazines and on C&O timetables, and the whole introduction was given huge attention and publicity. A country starved for good news latched onto the railway's confidence in the future and willingness to spend money to introduce a fine new train…also known for its diner and its beautiful china originally manufactured by Buffalo Pottery. The diners on the George traveled all the way from Washington to Cincinnati."

After Amtrak took over passenger rail service on May 1, 1971, the George Washington name was still used until May 19, 1974.

Ivory body plate with an intricately detailed gold pattern covering the entire border. Just under the edge of the verge there is also a thin gold line. In the well of the plate there is a cameo colored portrait of George Washington with a gold line surrounding it.