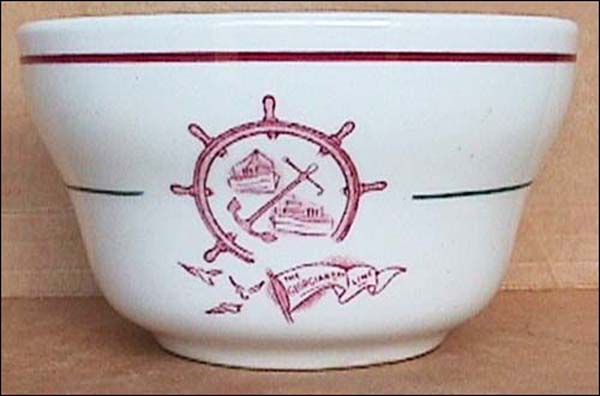 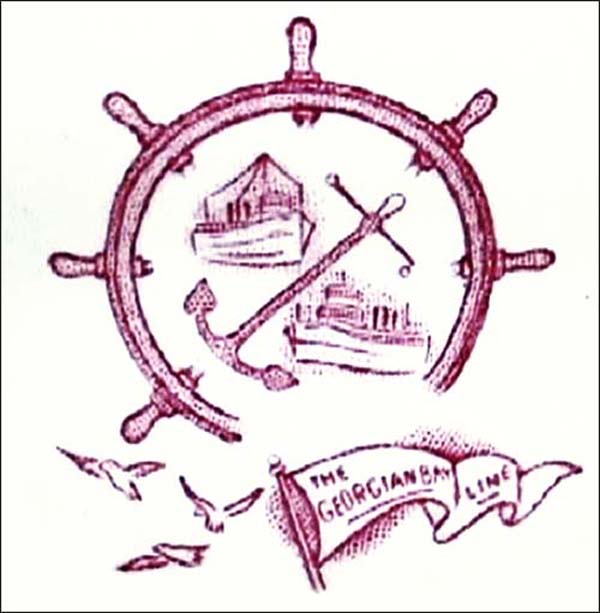 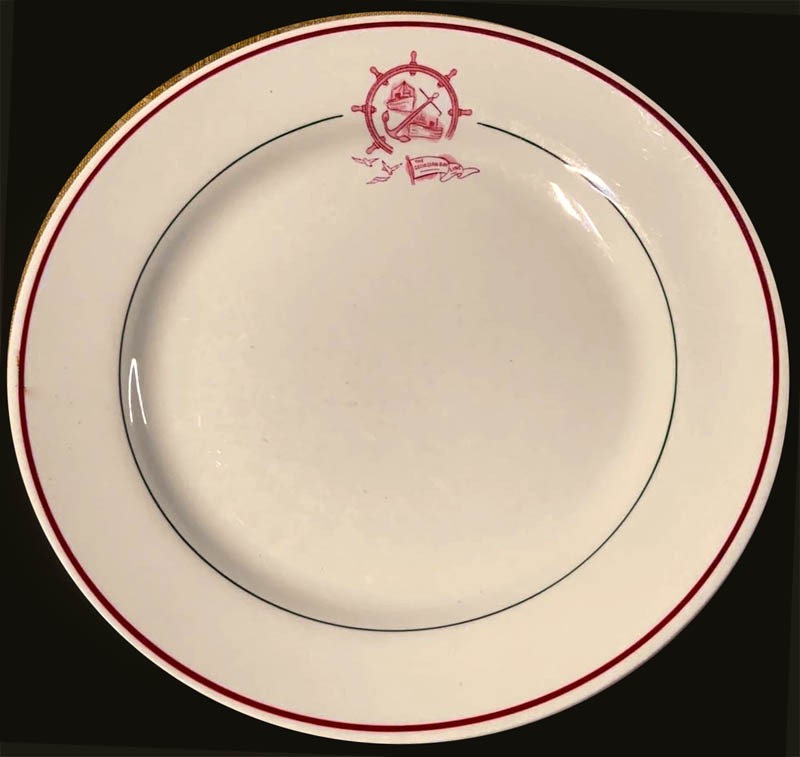 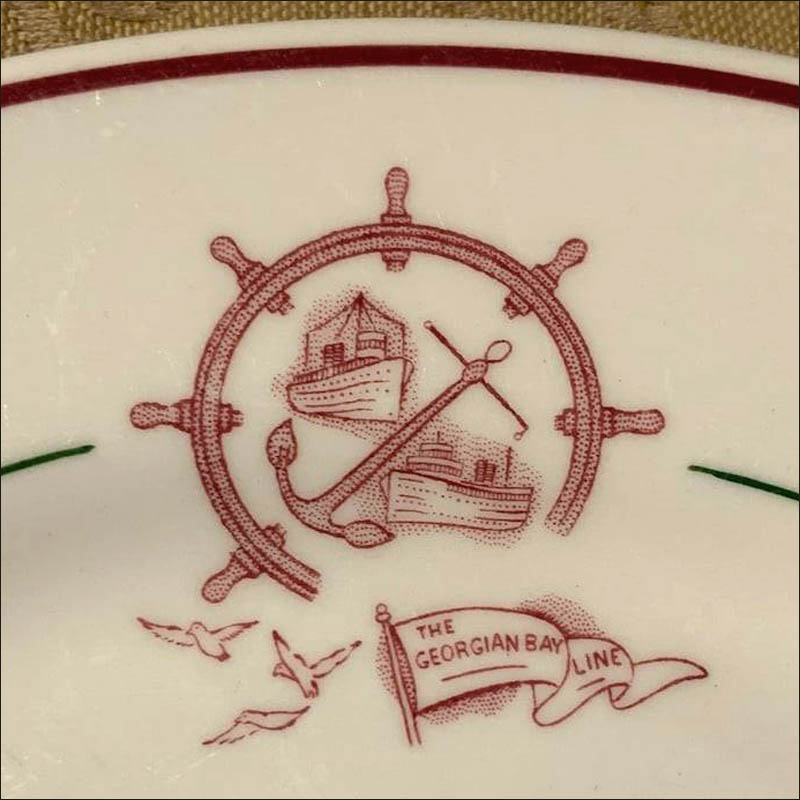 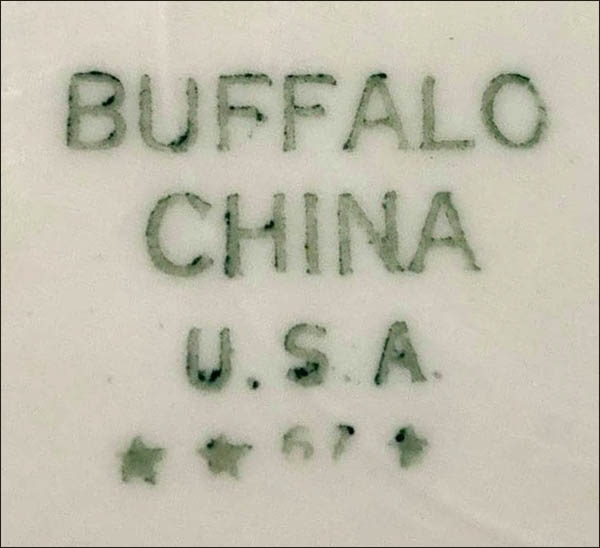 White body, off-white body with a burgundy rim line border and a teal green mid-line, interrupted by a burgundy logo featuring a ship's wheel encircling an anchor and two ships. Below the ship's wheel are three birds to the left of a pennant lettered: The Georgian Bay Line.