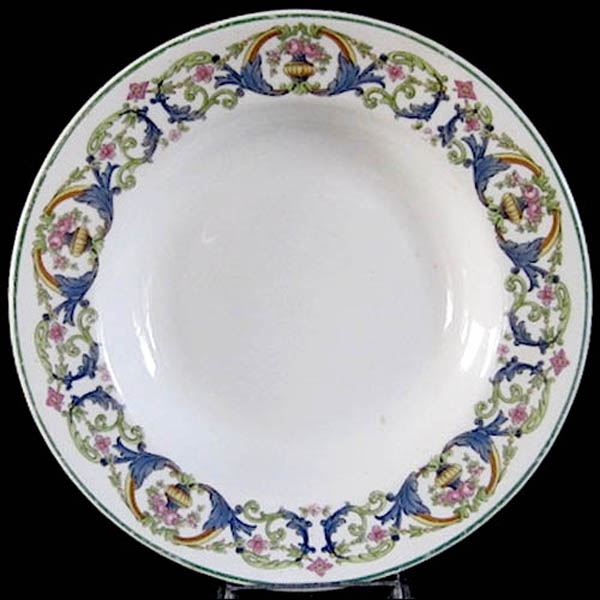 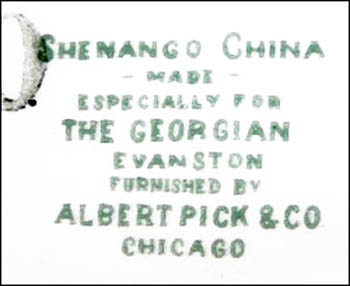 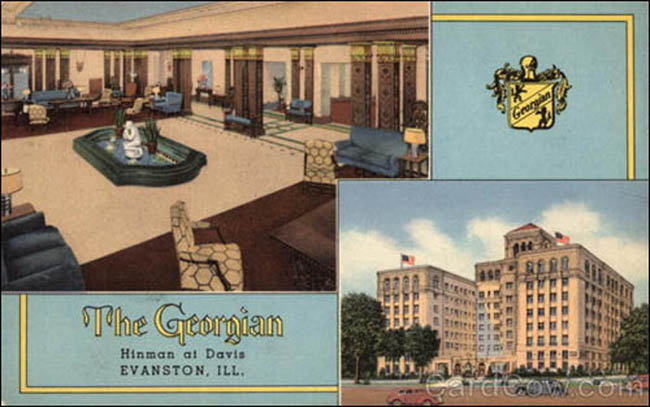 Notes: The Georgian Hotel was located at 422 Davis St., in Evanston, Ill. The luxurious eight-story, 300-room hotel was designed by Albert Hecht. According to Emporis.com, construction of the hotel ended in 1926.

In the late 1960s, the United Methodist Church converted the hotel suites into small apartments and efficiencies. In 1990, the church sold the building to Mather LifeWays.

Demolition of the Georgian started in late 2009. Click here to see a photo that depicts the beginning of the end for the hotel.

The soup bowl has a green line on the rim with a wide band of pink flowers in a vase, blue acanthus leaves and green vines.