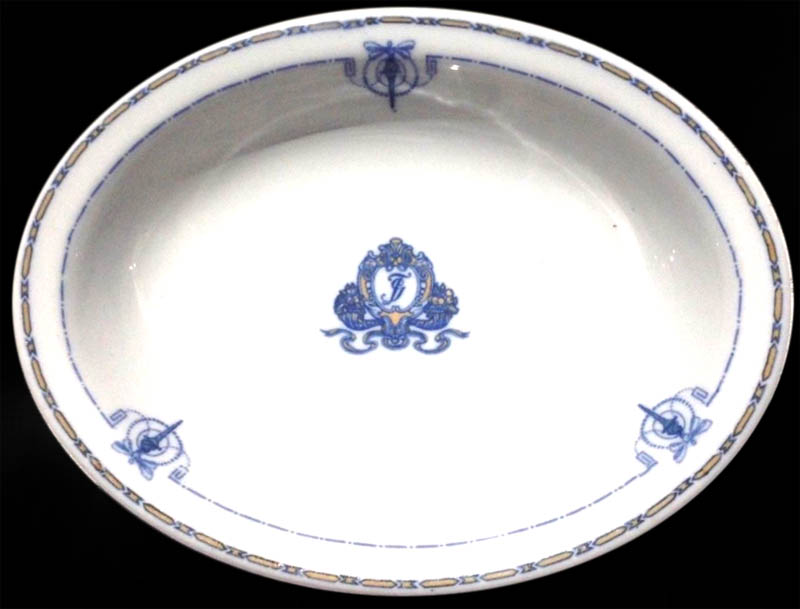 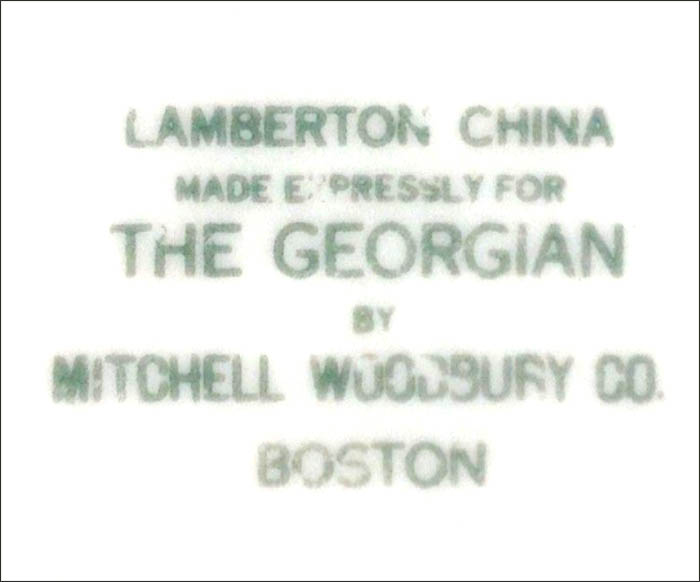 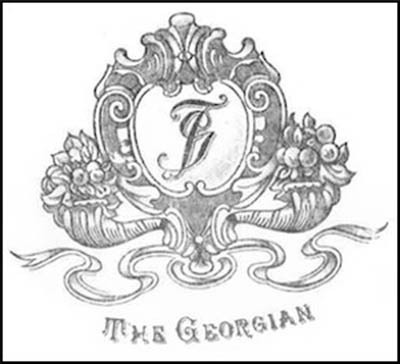 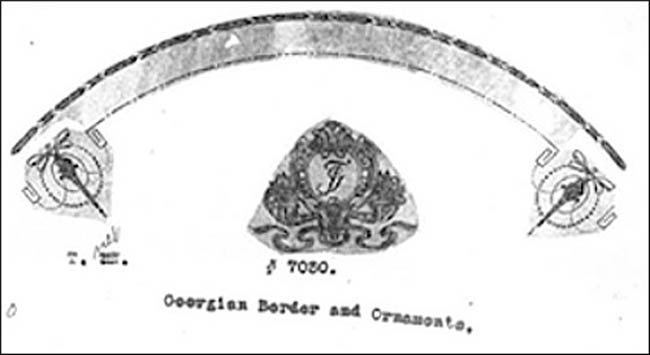 Notes: Located in Park Square of Boston, Massachusetts, the Georgian was a five-story restaurant designed by notable architect Clarence H. Blackall, best known for his many theater designs. It opened in 1912 and was shown in the December 4, 1912 issue of The American Architect magazine. At that time there was a large illuminated "The Georgian" sign above the cornice. An early postcard listed George A. Dodge as the director and depicted the main dining room with two stories and a mezzanine below an arched ceiling. Bachelor dining rooms were also available.

The Georgian Restaurant later expanded to include three locations in Boston, three in Cambridge, plus restaurants or cafeterias in Brookline, Allston and Springfield.

Crested with an interlocking script "TG" monogram within an acanthus scroll frame flanked by cornucopia and flowing ribbons. "The Georgian" appears below in blue and coin gold (some crests contain only "G"). The border is identified as #7030 in the Maddock's pattern sample book and was designed for the Georgian.

(Note: This pattern is listed incorrectly as Georgian Terrace Hotel in Atlanta, GA. in "From Earth to Art" (see pages 157, 232 & 239, but will be corrected by Errata).

Sources:
1912 metal matchsafe with the "TG" crest as it appears on the china
"The Georgian," Boston U. S. A
Illustration of facade, in The American Architect, December 4, 1912.