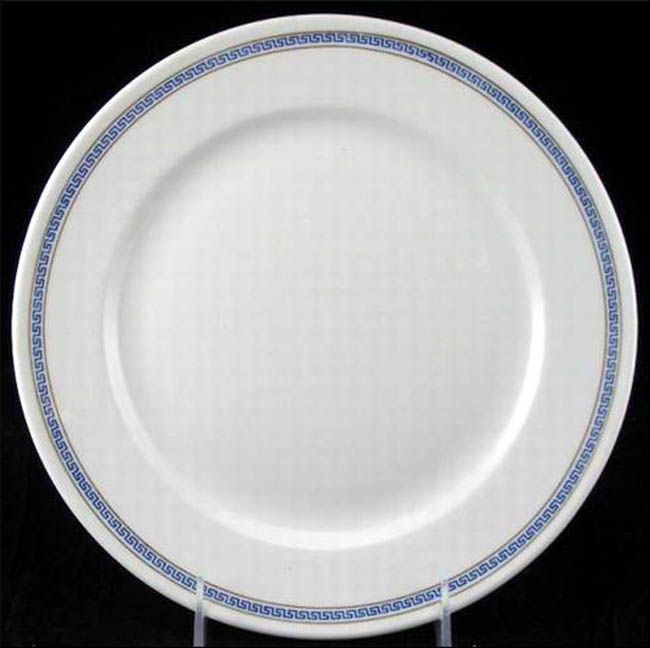 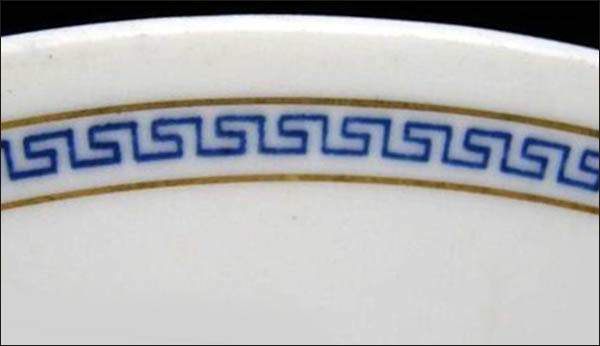 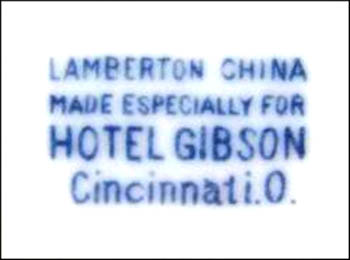 Notes: Built in 1913, the 13-story Hotel Gibson was located in Cincinnati, Ohio on the Historic Fountain Square and later became the Sheraton-Gibson Hotel. The hotel and square were demolished for the construction of the 26-floor US Bank Tower/Westin Hotel in 1981.

This is one of two patterns used by the Hotel Gibson: one having a full color crested logo and this pattern on a Lamberton China white body with a blue greek key rim design with gold trim.

ID and photos submitted by apPaul