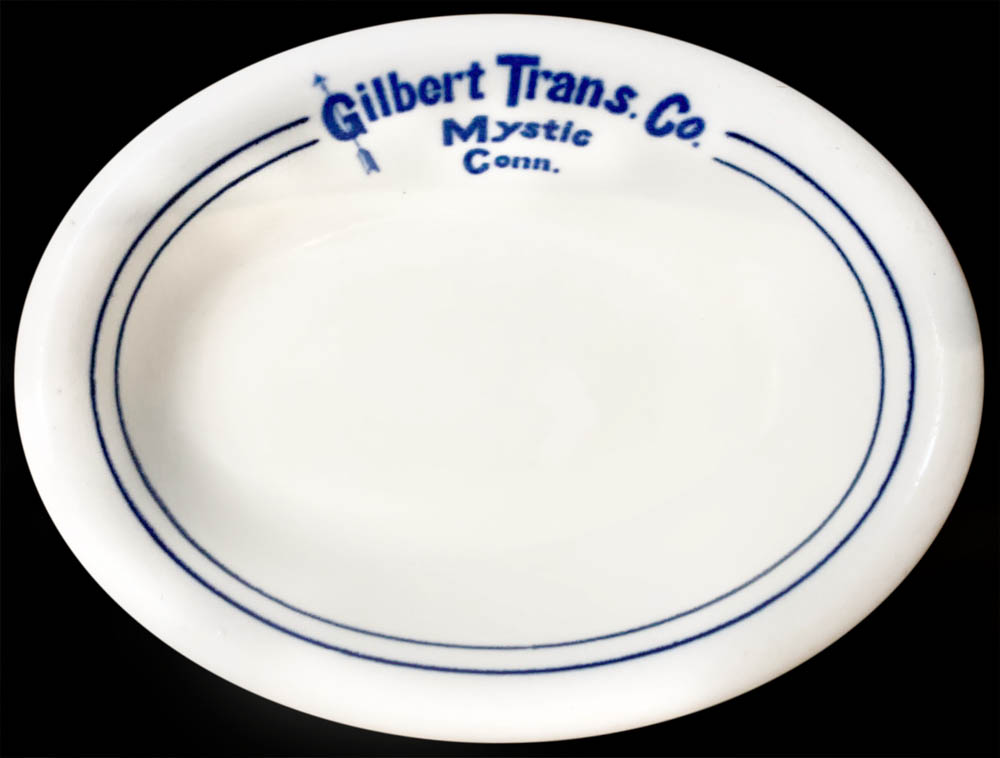 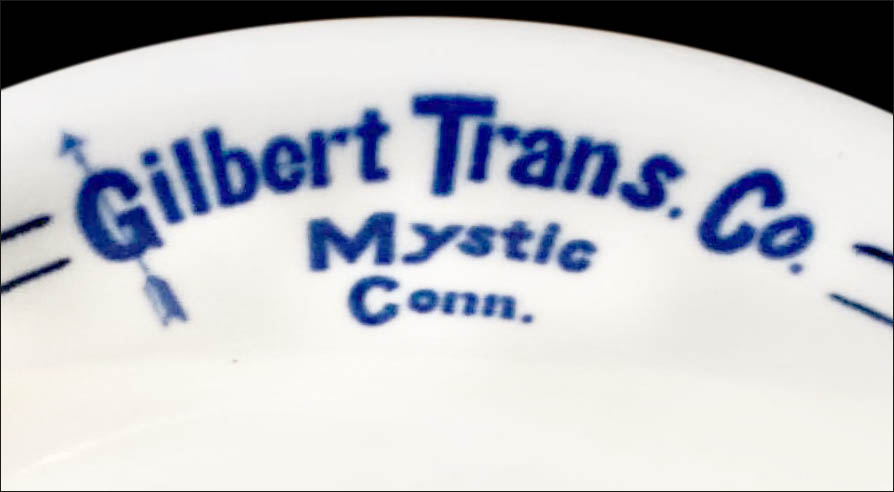 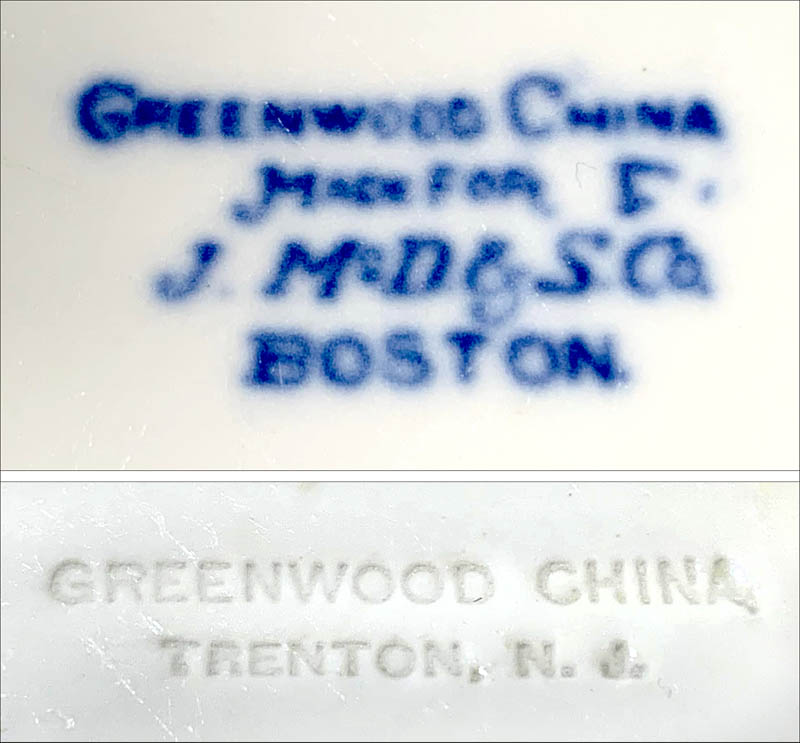 Notes: From the Mystic River Historical Society, "Two brothers, Mark and Osgood Gilbert, came to Mystic in the early 20th century to open a shipyard in the middle of town. Captain Mark L. Gilbert bought an eight hundred foot frontage on the Mystic River on the southwest side of the bridge. [See link to the Mystic Seaport Museum for a photo of the shipyard.] He planned to build and repair vessels for the southern lumber and West Indies trades."

The brothers established their offices at 1-17 West Main Street. "This large building was important to the town, and has been for many years, being used for stores, apartments, markets, and even the home to the first silent movie theater in the area."

"The brothers were masters at publicity, and offered exceptional opportunity for highly profitable investment. They announced that sailing and schooners were still important, and could do things where steamships could not compete. This was just what Mystic wanted to hear. The once prosperous shipbuilding village had been in the economic doldrums since the Civil War. Mystic citizens hung over the south side of the highway bridge as the new shipyard began to build and repair beautiful three, four, and even five mast schooners. People began to invest loose change as well as life savings in The Gilbert Transportation Company. Then, disaster struck, as the company's ships began to break, and sink."

"The Gilbert's promotional brochure stated that when the company lost a vessel by marine disaster 'the trustees collect the insurance and the money is either invested in additional property or used to retire bonds.' With so many losses, questions were asked. By October 15, 1909 the office of the Gilbert Transportation Company in the new Gilbert Block was vacant. Two years later the property was sold at auction. There was no avoiding the truth. The money was gone and with it the hopes of many hard-working citizens. It was widely believed that the Gilberts had deliberately sunk vessels to collect insurance, but this was never proven."

White body bowl with two thin navy lines around the verge. At the top of the bowl the lines are broken by the insertion of the words "Gilbert Trans. Co. – Mystic – Conn." stacked in three levels. The letter "G" in Gilbert is broken by an arrow shooting upward towards the rim.