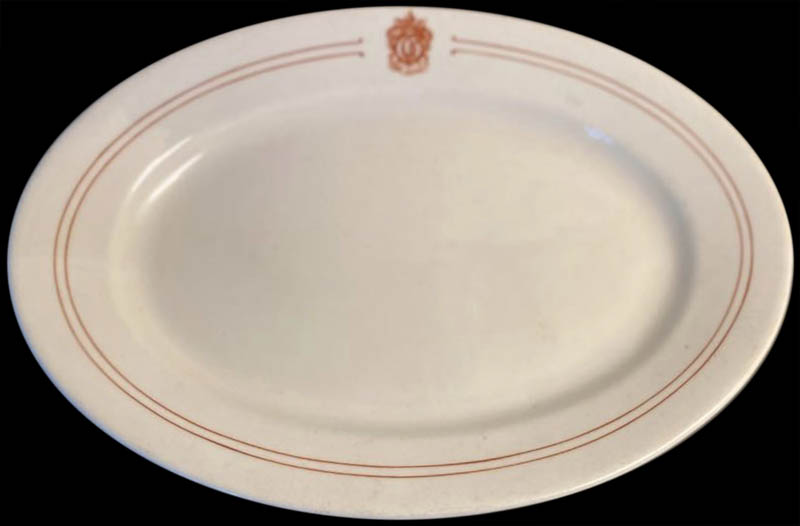 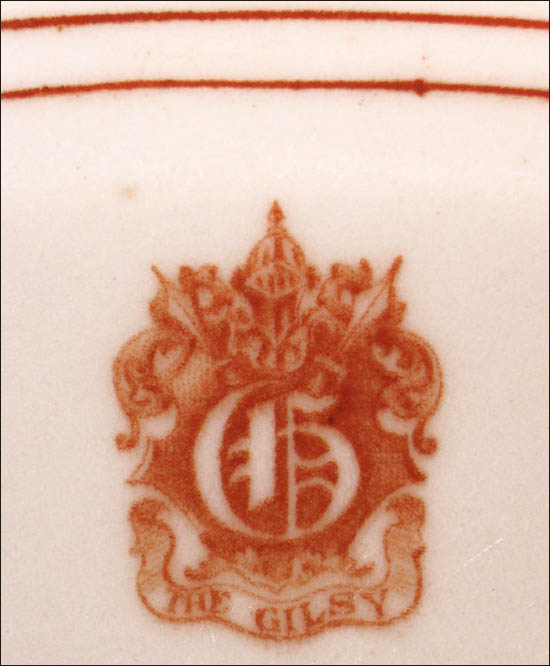 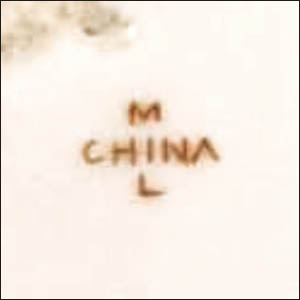 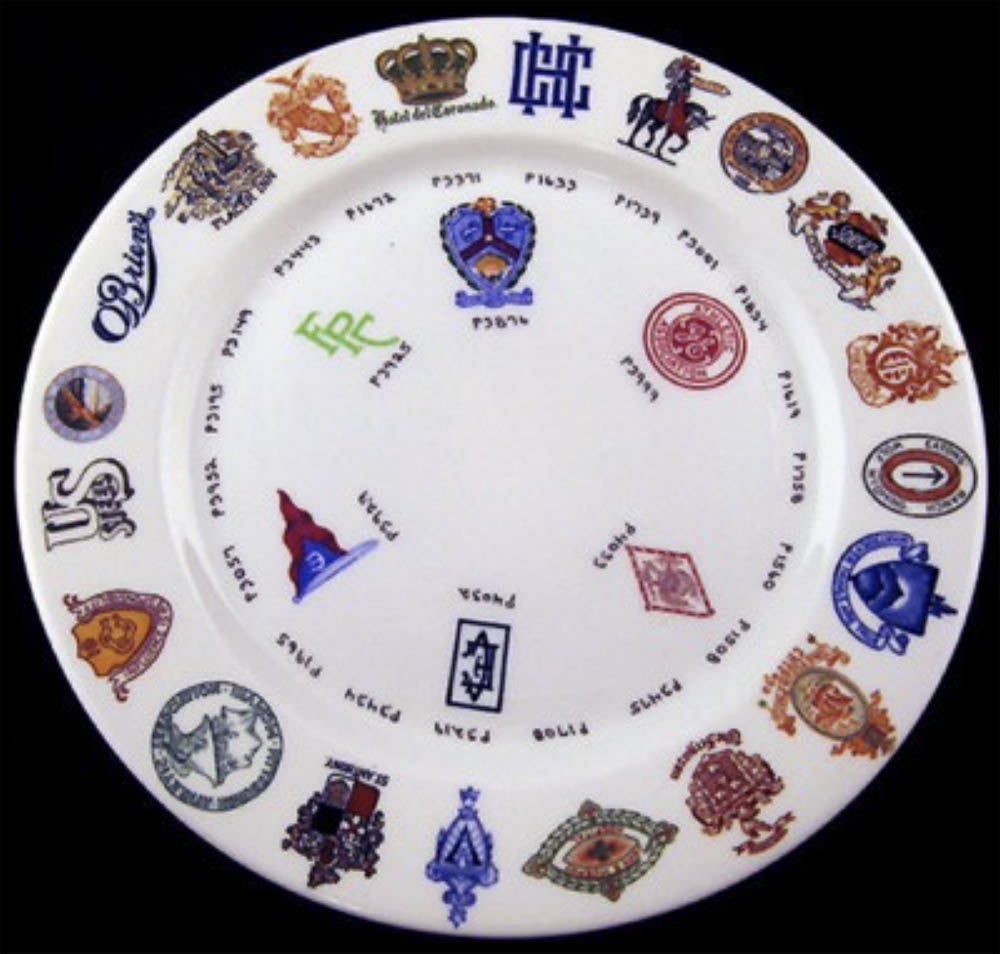 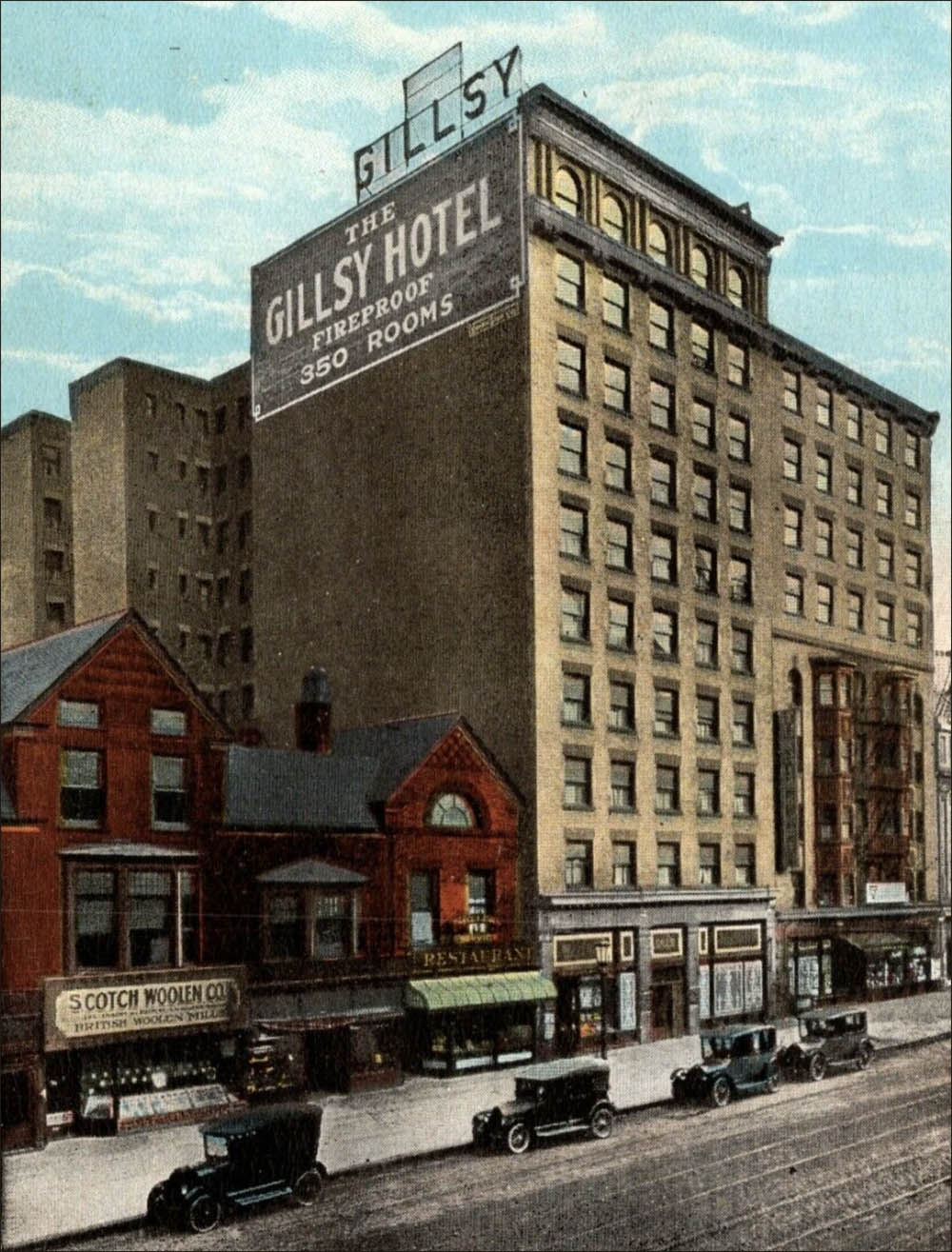 Notes: The Gillsy Hotel at 1801-1815 East Ninth Street in Cleveland, Ohio, opened in 1907. The 10-story hotel was built and operated by the Murphy Hotel Company. When that company was incorporated in 1908, Robert E. Gill and Otto O. Leisy were two of the five men heading up the company. The Gillsy Hotel name may be a combination of these two names. A 1917, addition of 150 rooms, with 62 private baths, brought the room count up to 350.  Around 1937, the Gillsy became part of the Melrose Hotel System. It is last listed in the 1958 Hotel Red Book. Around that time, it was renamed the Intown Hotel, and continued operation until shortly before it was demolished in 1967.

Maddock, Mayer, and Syracuse made crested china for the Gillsy.

The Maddock transfer version of this crest consists of a large white, upper case, Old English-style "G" against a red background.  A helmet, crossed spear heads, and acanthus scrolls are at the top. A banner with the name is below.  On the Maddock crest the name is spelled "Gilsy." This could have been the spelling originally planned for the hotel when the china order was placed, or it could be a misspelling by the engraver. Whatever the reason, the order was accepted and used.

A 1907 Syracuse sample plate shows two decal versions in green and brown. On these the name is "Gillsy."

A Mayer sample plate from the 1930s-40s, contains the red version of the crest.