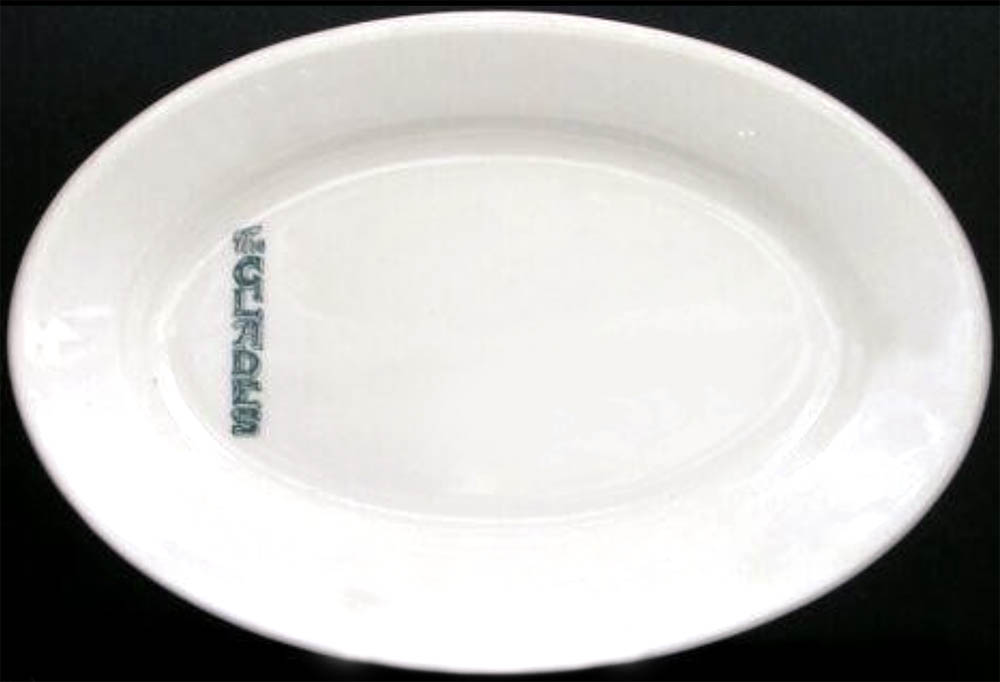 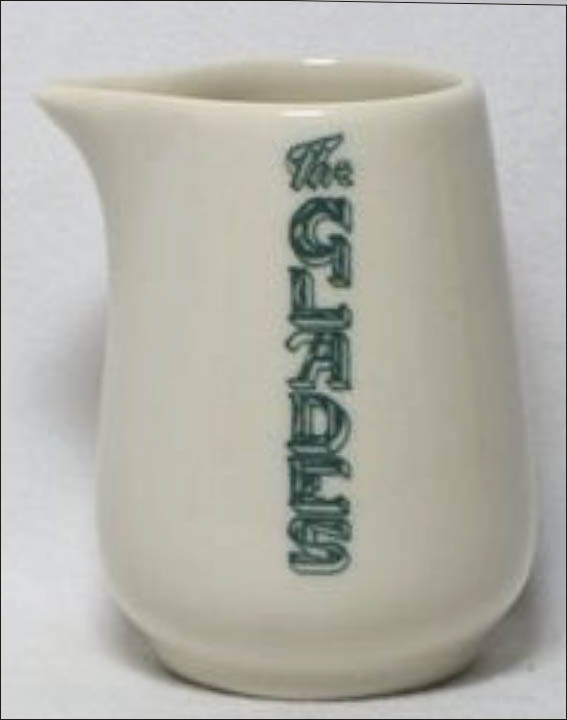 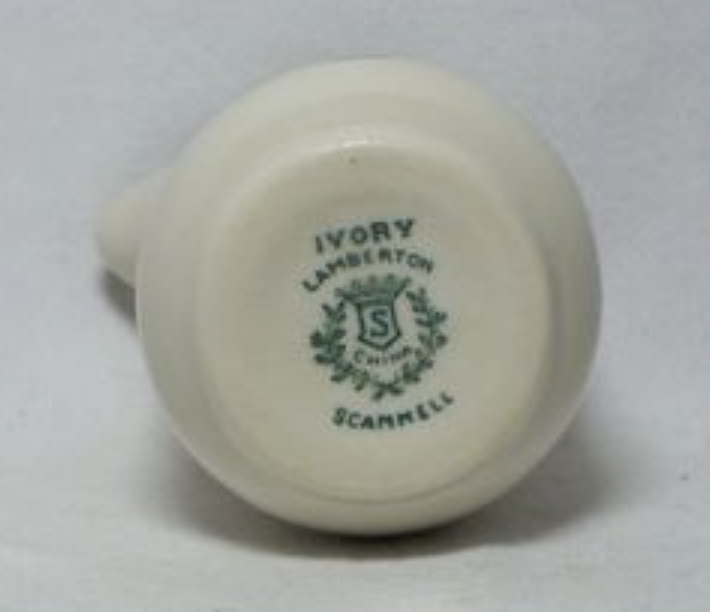 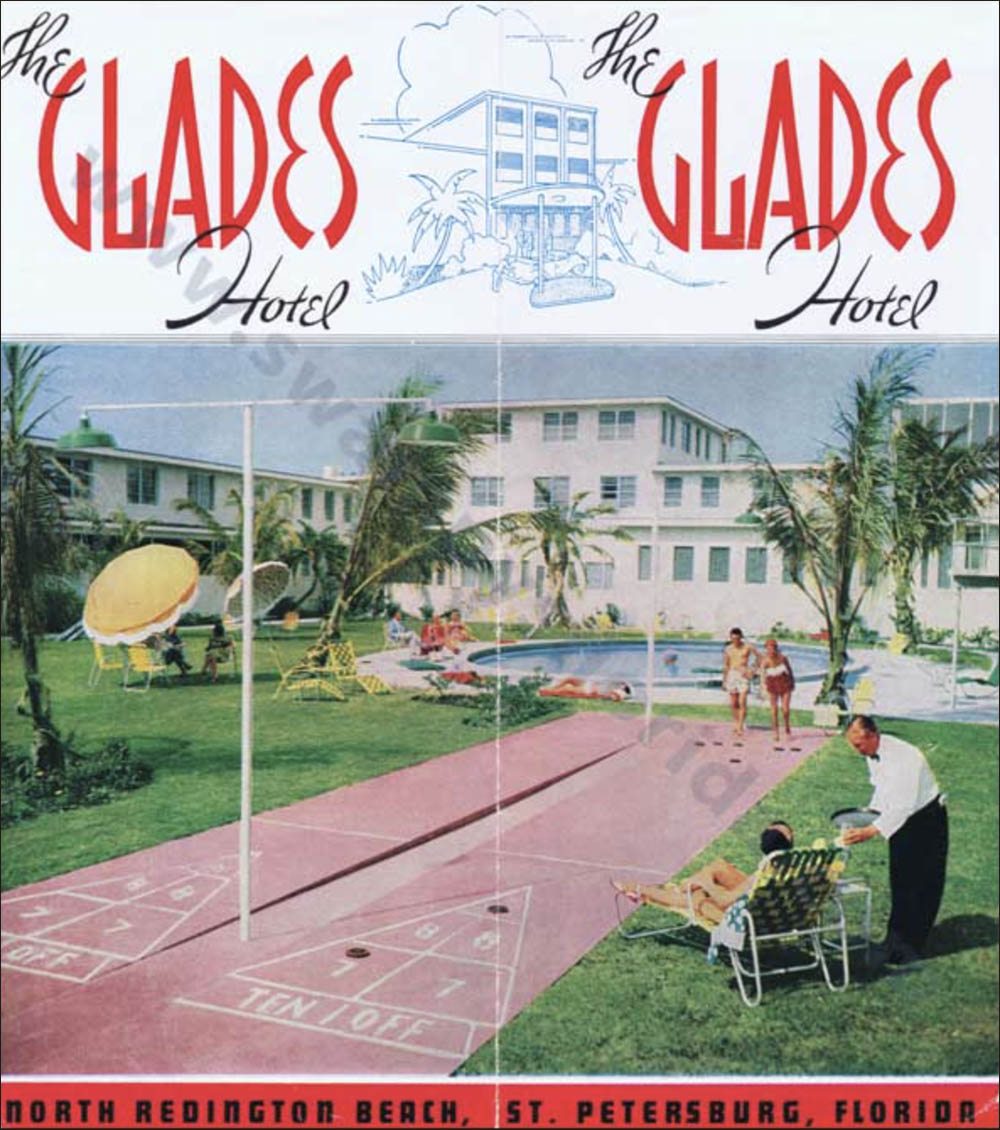 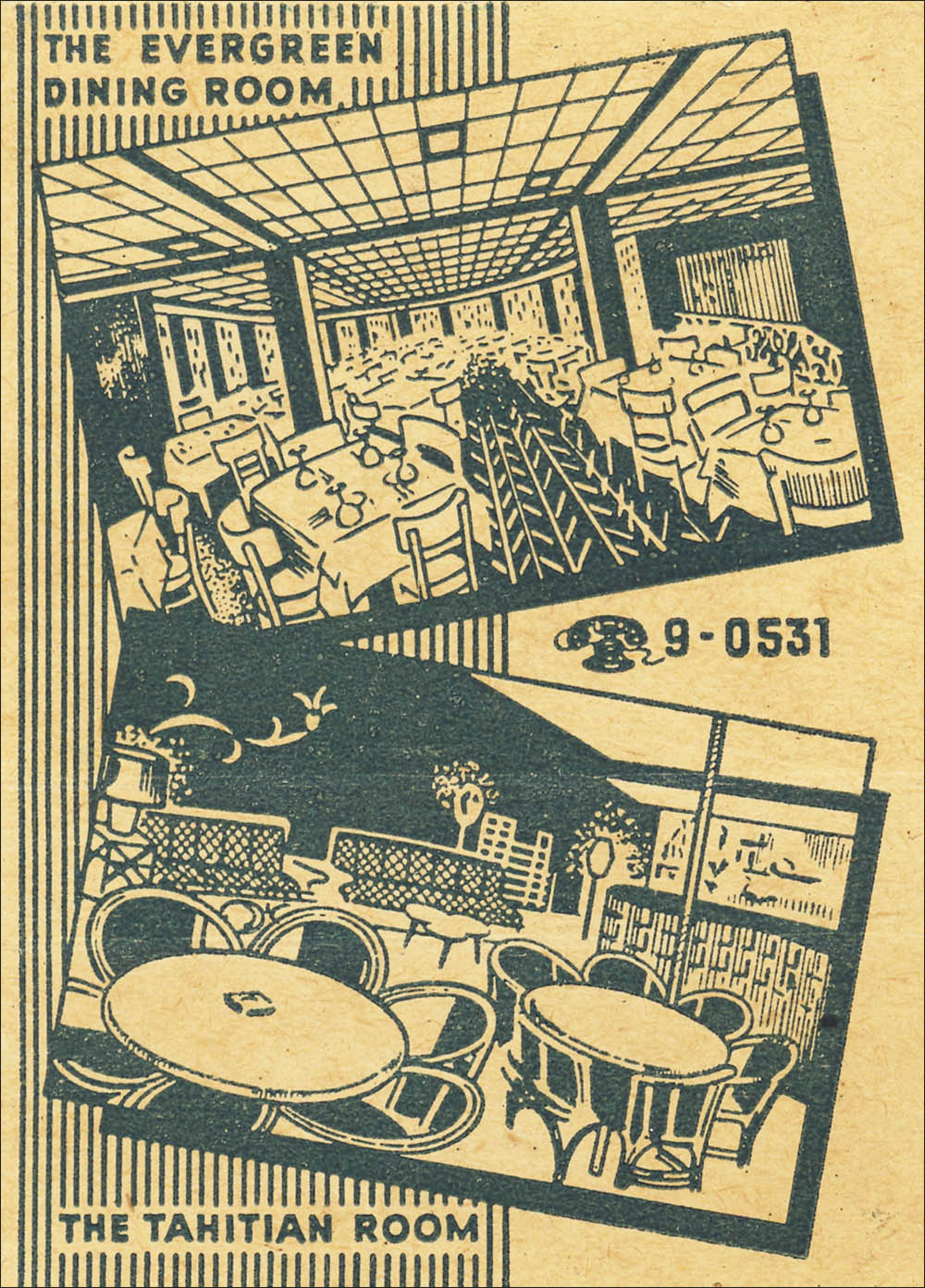 Notes: The oceanfront Glades Hotel at 17350 Gulf Blvd. in the North Redington Beach area of St. Petersburg, Florida, opened around 1950. When it opened, it had 100 rooms, and an addition before 1955 increased the room count to 125. It contained the Evergreen Dining Room and The Tahitian Room. Around 1984, it was converted into 44 condos. As of 2022, it operates as Grand Shores West, with 53 rooms, but no restaurant.

Scammell produced a crested Ivory Lamberton china service which contains "The Glades" vertically stacked in a green transfer. On plates and platters, the crest is placed below the verge, at the 9 o'clock position. The lettering style may have been the creation of a Scammell designer because it does not match the type face used on printed items.