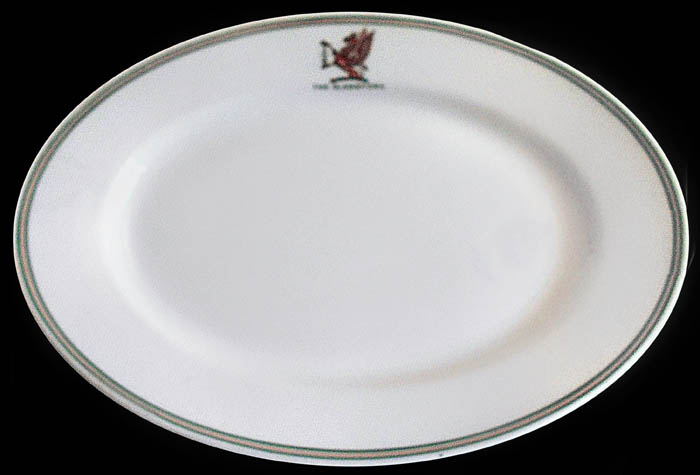 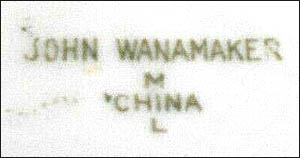 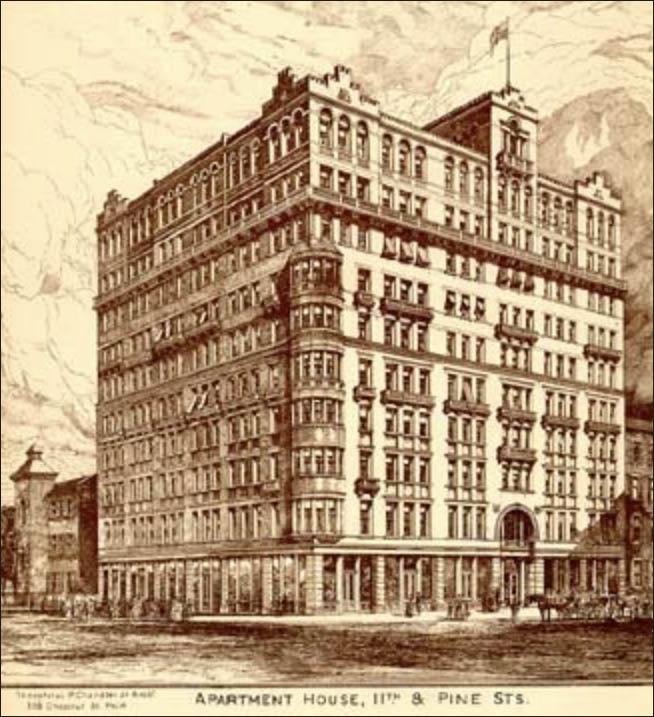 Notes: The ten-story Gladstone, on the corner of 11th & Pine Streets in Philadelphia, Pennsylvania, opened in 1890. It had a combination of long-term apartments and short-stay hotel rooms. The dining room served the apartment residents and the hotel guests and may have been open to the public. From around 1934 to 1939, it was part of the American Hotels Corporation chain. In 1950, it operated as one of the Earle Hotels in the budget-priced Milner Hotels operation. In 1958, it was converted to all apartments and renamed Graystone Apartments. In March 1971, the building was torn down.

Maddock produced Lamberton China that is crested for the Gladstone with a winged griffin that is balancing a sword between its paws. "THE GLADSTONE" is below the illustration. A red pin line between green lines around the rim completes this pattern. The winged griffin crest appears on an early booklet published by the Gladstone in Philadelphia, which serves as positive identification. John Wanamaker was the supplier of this china.