IDwiki » All Contents » Manufacturers » SYRACUSE / O.P.Co. » Glory of the West

Glory of the West

Manufacturer: Syracuse China
Pattern name: Glory of the West
Pattern name, as issued by Syracuse: Shadowtone #31
User: Great Northern Railway (between 1940 and 1957)
User: Izaak Walton Inn (after use by the Great Northern)
Date of plate: 1940 – 1957 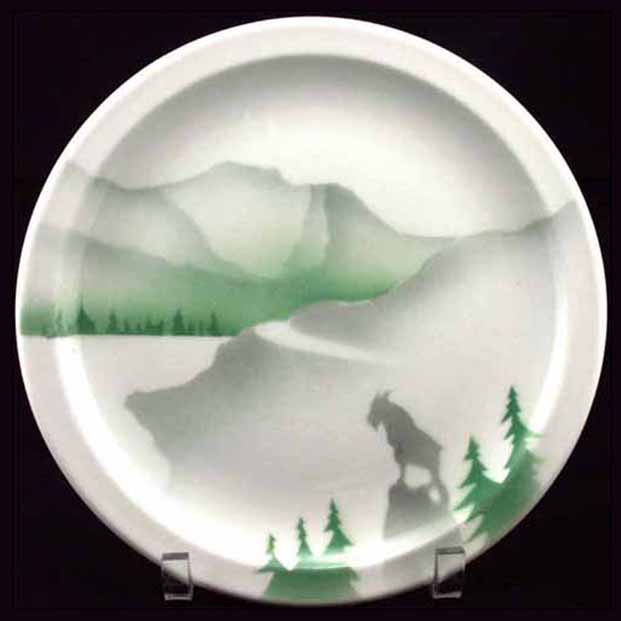 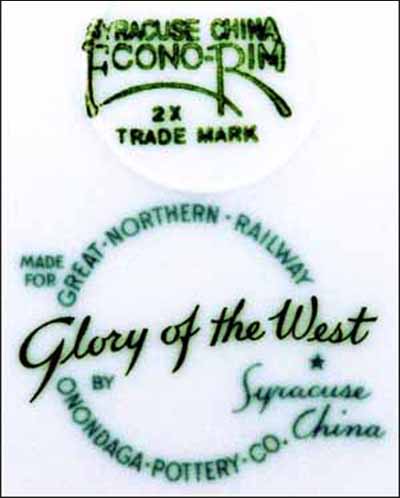 Note: The pattern depicts a scene from Glacier National Park, a location served by the railway. According to "The Official Guide to Railroad Dining Car China," only the dinner plate and ashtray included the goat in the pattern. Others pieces can be found showing mountains and fir trees.

The pattern was first ordered by Great Northern Railway in 1940; the last order was in 1957.

The "Glory of the West" decal backstamp was used on the Morwel J-plate (9 5/8"), the F-plate (7 1/4") and the D-plate (6 1/2"). All other pieces received the "Great Northern R.R." stamp. (Items that appeared without either custom backstamp would have been rejected at Glost Select (final inspection) and sold in the Syracuse outlet store.)

The pattern was produced later for the Izaak Walton Inn and discontinued in 2009.

The pattern in greens and grays shows mountains and pine or fir trees with a mountain goat standing on top of a narrow peak.