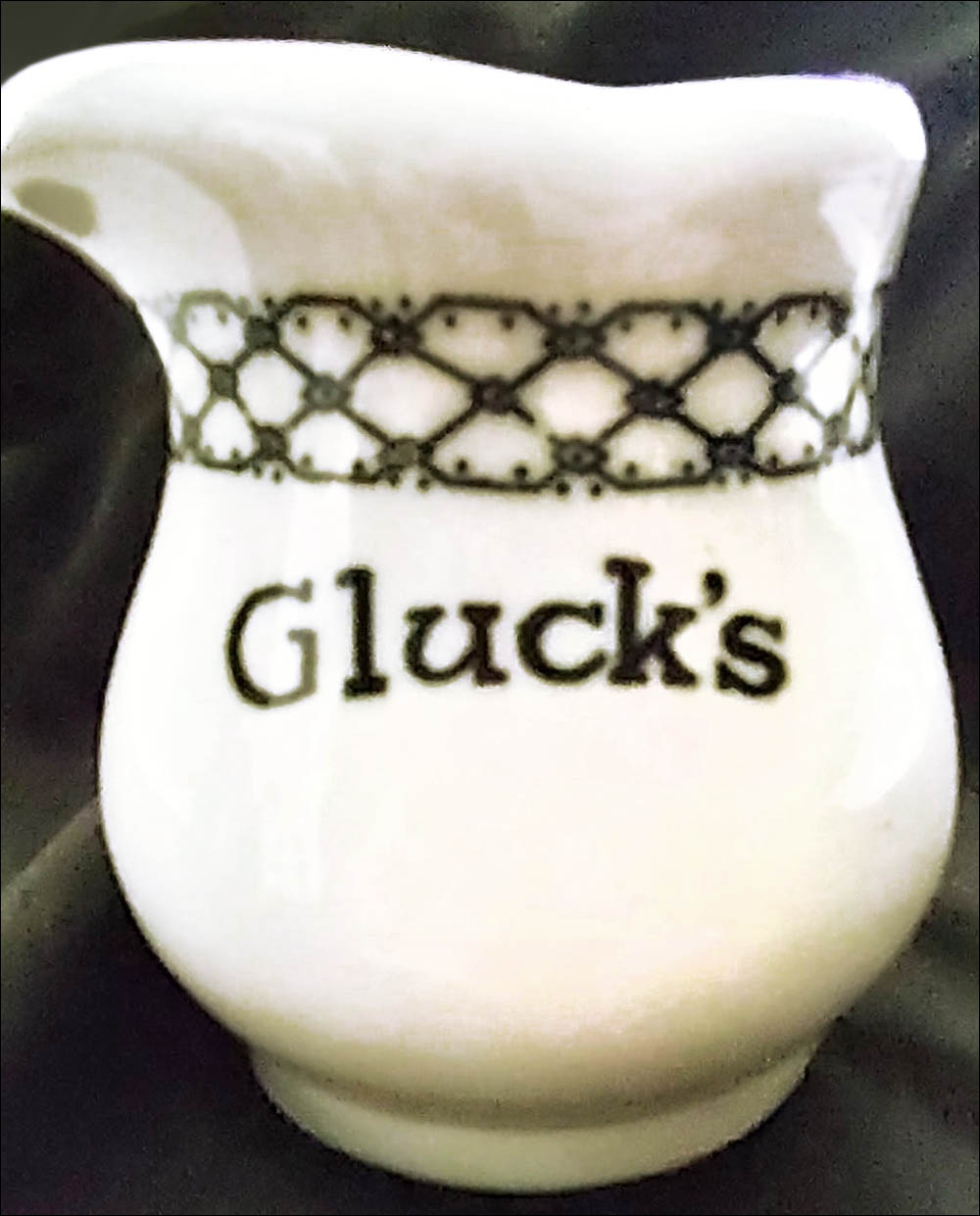 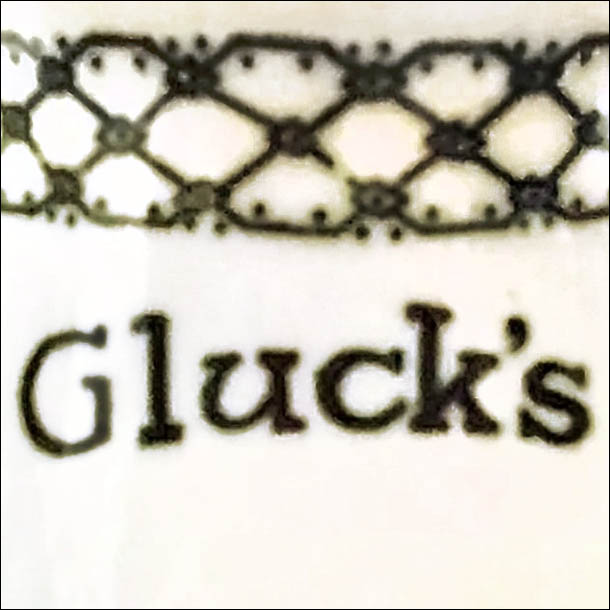 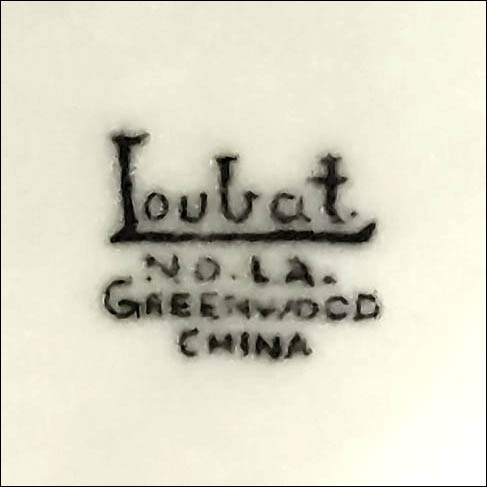 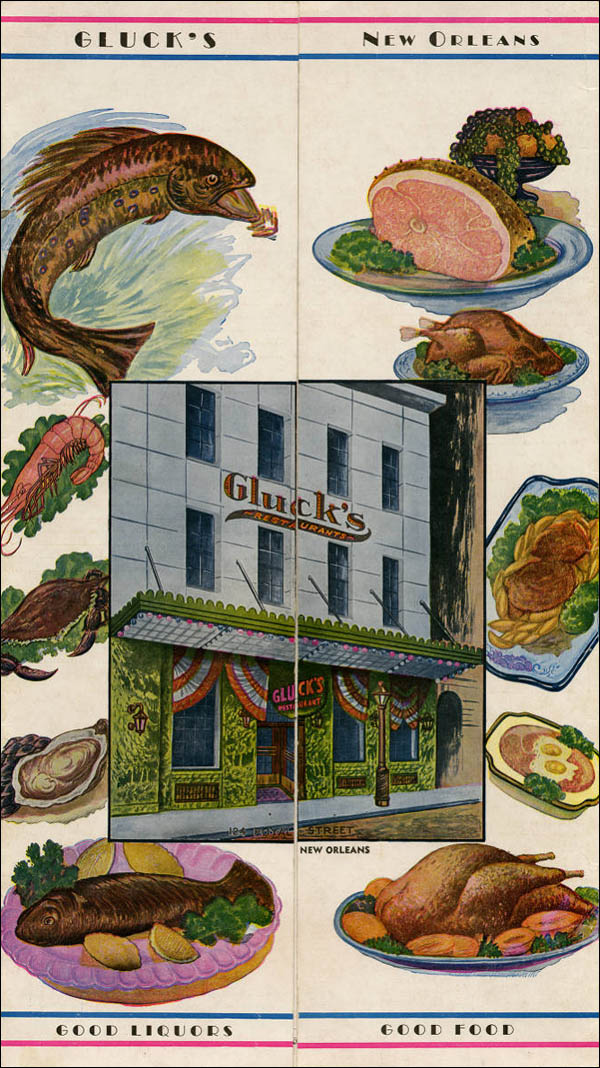 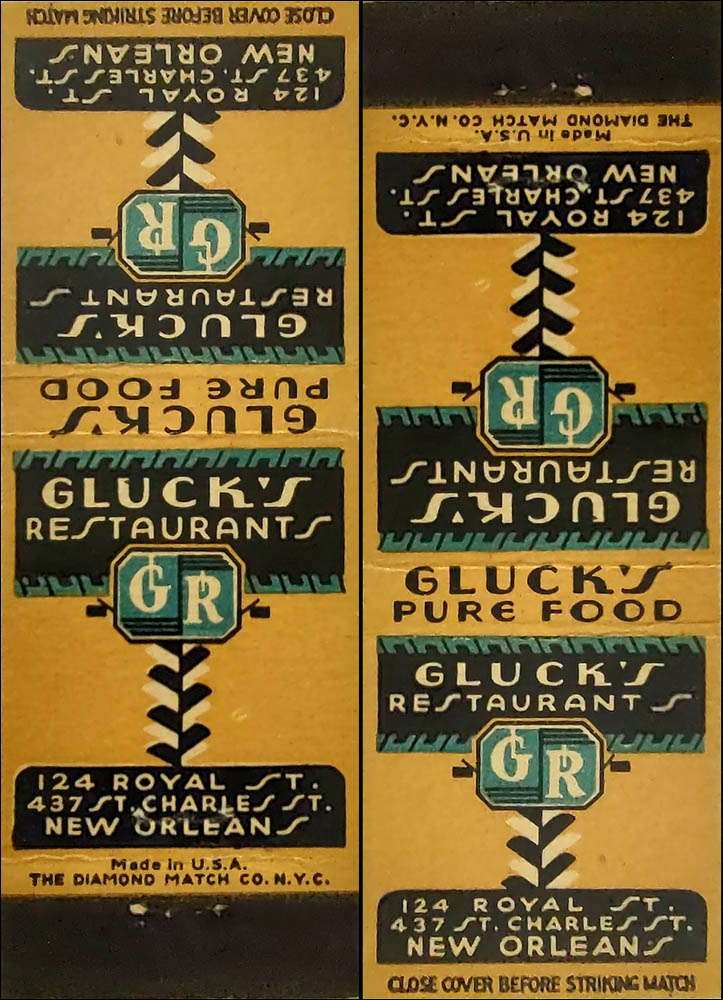 Gluck's Matchbook showing at least one other location in New Orleans. 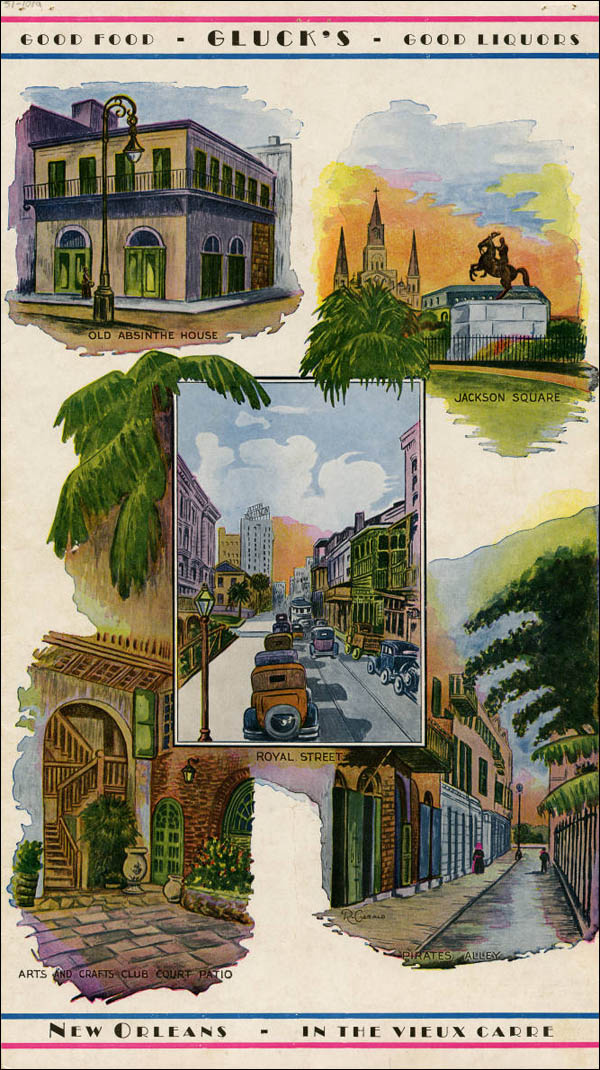 Notes: From an article by Richard Campanella dated September 1, 2016, in Preservation in Print, he states  that "What breathed new life into the old building (Merchants Exchange which opened in 1836) was the enterprise of a man named Henry Gluck, who opened an eatery downstairs around 1903, at 124 Royal Street. Gluck's Restaurant would become a favorite epicurean rendezvous, known for its German, French, Italian and regional dishes, and it brought a moneyed clientele into the building."

"Such was the case on December 2, 1960, when the recently renovated Gluck's did a brisk Friday night business and 225 people enjoyed a comedy called "The Front Page" in the playhouse upstairs.

"Shortly after the curtains fell, at 11:40 P.M., employees smelled smoke and spotted flames in the theater. Over the next four hours, according to a front-page Times-Picayune report, 140 firemen used 33 pieces of equipment to douse the inferno, as sparks erupted into the sky and black smoke enveloped Royal Street.

The roof caved in, and the floors below pancaked, injuring four firemen in the process. By dawn, Gallier and Dakins' gorgeous interior was open to the street and strewn with charred debris amid tenuous exterior walls.

"Enough remained to give cause to the Louisiana Landmarks Society to advocate for its stabilization and reconstruction, but because the 100 block of Royal lay outside Vieux Carré Commission jurisdiction, no legal means could prevent its demolition. The site was cleared in April 1961, sold in December for $300,000, and redeveloped in 1969 with a Holiday Inn, now the Wyndham Hotel."

It has been noted that Tennessee Williams worked there as a waiter. Later, in one of his plays, there is a character named Mrs. Gluck.

At least one source has noted that before the Gluck's on Royal Street was destroyed by fire in 1960, there were three other Gluck's Restaurants in New Orleans. When they opened and closed is not known.

White body round pot belly creamer with a crosshatched band of stylized flowers in black near the top of the creamer. Underneath this band is the word "Gluck's" in black in a bold font.