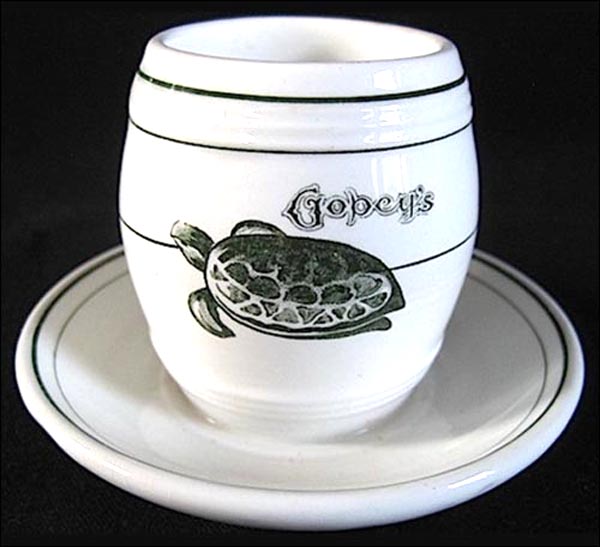 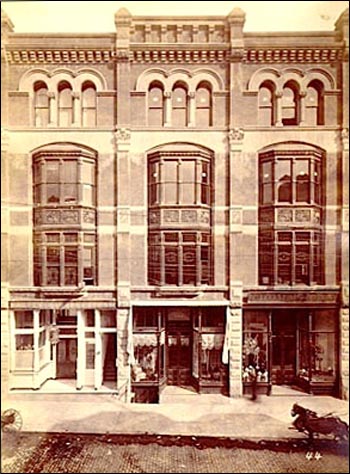 Notes: The offices of Mother Jones magazine sit on the site of the defunct Gobey's Saloon, in what was the Rose Building, located at 228 Sutter St., in San Francisco, before the building was destroyed in the 1906 earthquake – forcing the saloon to reopen in 1912 at 140 Union Square Ave. On April 18, 2012, the magazine posted a story about Gobey's, titled: "Then: Booze, Oysters, and 'Gilded Vice.' Now: Mother Jones."

From the article: "In 1877, a couple of Canadian brothers, Frank and Jesse Gobey, opened Gobey's Saloon in the Rose Building at 228 Sutter Street. When Frank Gobey died suddenly at age 56 in 1895, … his bar and restaurant was 'a notable gathering place for the inhabitants of the 'tenderloin,' but as it was always conducted in a quiet and orderly manner it was never the scene of any trouble.'"

The saloon and restaurant seemed to walk a narrow line between shady dealings and a legal business. Again, from Mother Jones: "In 1895, Gobey's was found to be serving counterfeit champagne, though only the distributor was charged. In 1897, Jesse Gobey was accused of running a nickel slot machine, but was let off. … Other unsavory goings-on at Gobey's were hinted at in the press. 'There are upper and rear rooms at Gobey's that could make strange and starting revelations if gifted with speech,' The San Francisco Call winked."

The article added in its closing paragraph that when "Gobey's reopened nearby" it "was said to be a shadow of its former self." Gobey's may or may not have been the inventor of the oyster loaf, but apparently an article in the 1926 issue of The San Franciscan made reference to it, meaning that the venue was open until at least that year. It is not known when it closed.

The shape of the piece is interesting and is thought to be a mustard pot without lid. All the decoration is green, with Gobey's placed above the drawing of a turtle.