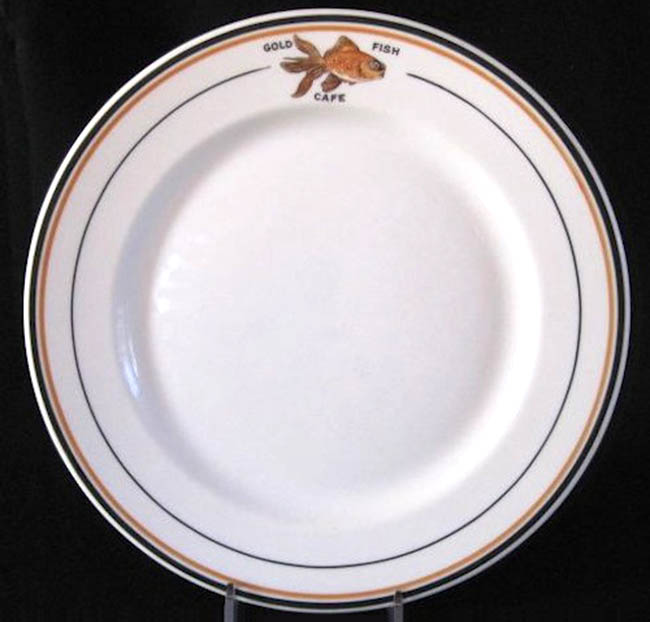 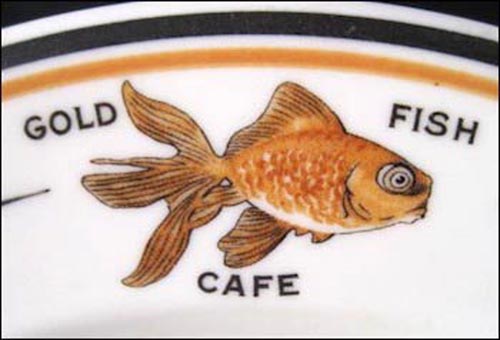 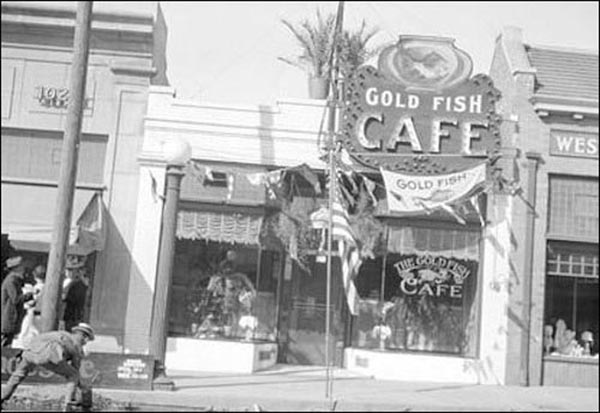 Notes: Gold Fish Cafe opened in 1923 at 1025 State Street in Santa Barbara, California. George Pappas was president/owner, according to the July 2, 1925 edition of the Berkeley Daily Gazette, and "opened the first restaurant in Santa Barbara after the quake when he began to serve hash in the public square."

The photograph shown below offers a look at the cafe after the June 29, 1925 earthquake.

White body, black and orange lines on rim with black line broken by gold fish and GOLD FISH CAFE above and below the fish.