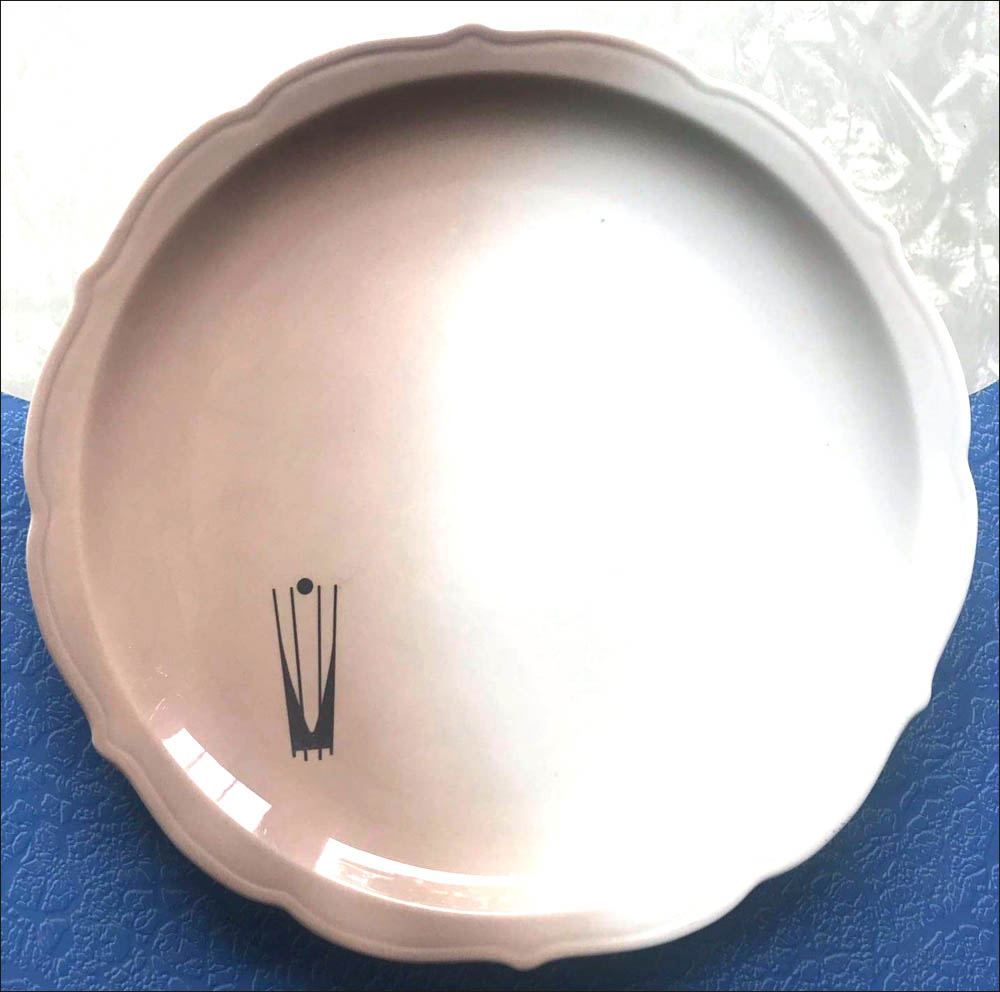 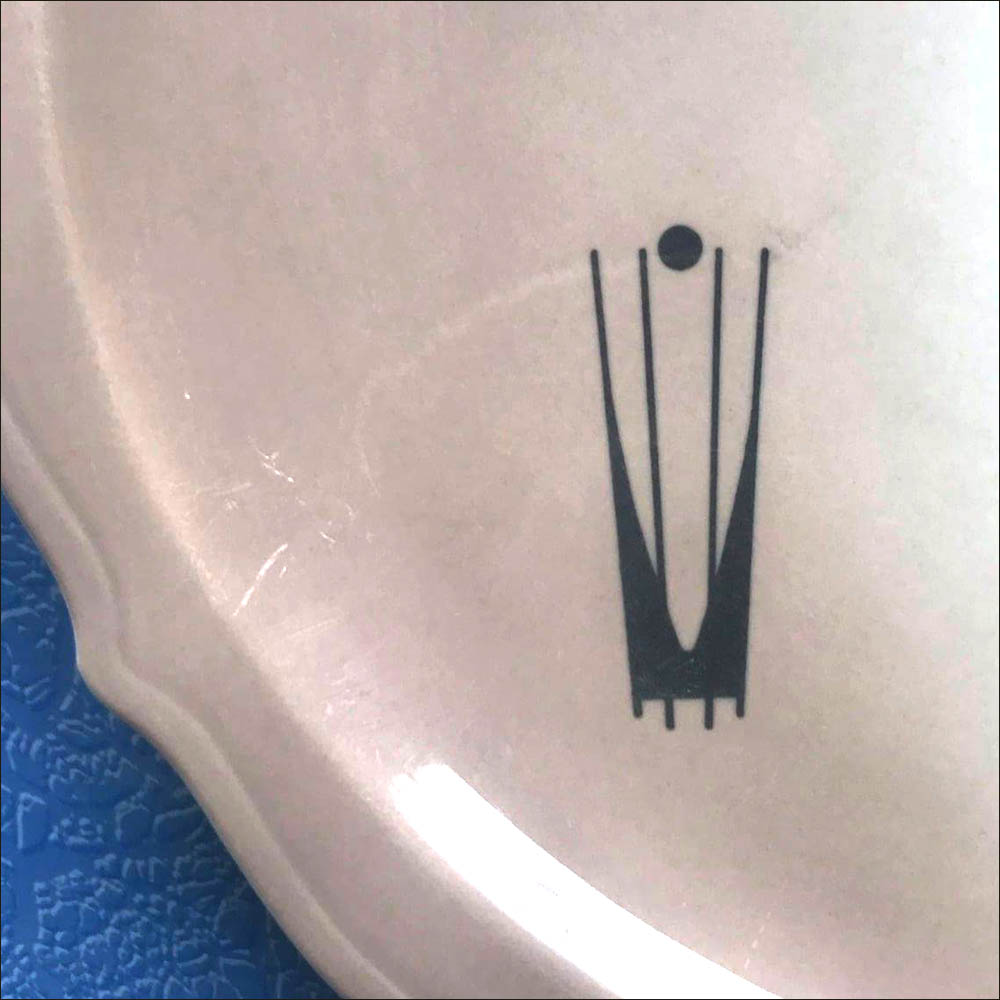 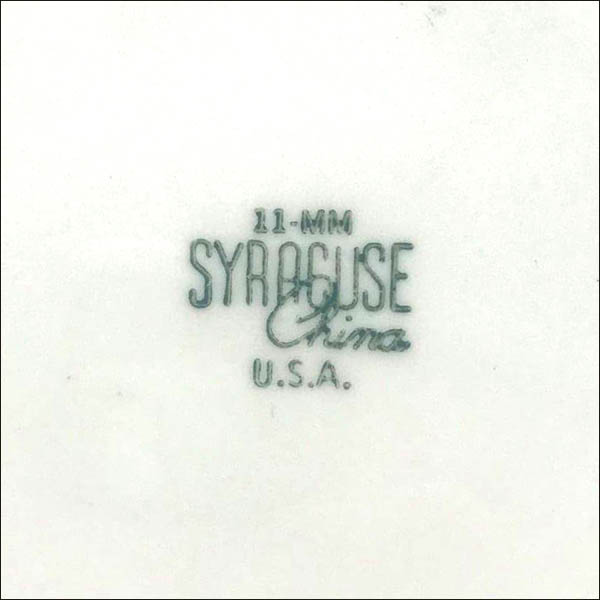 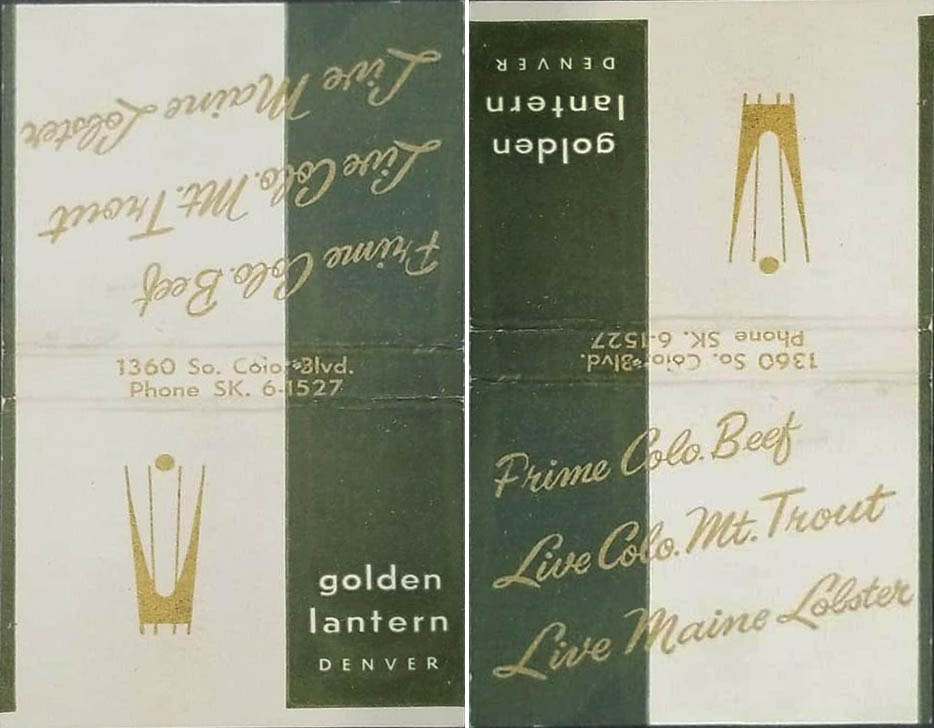 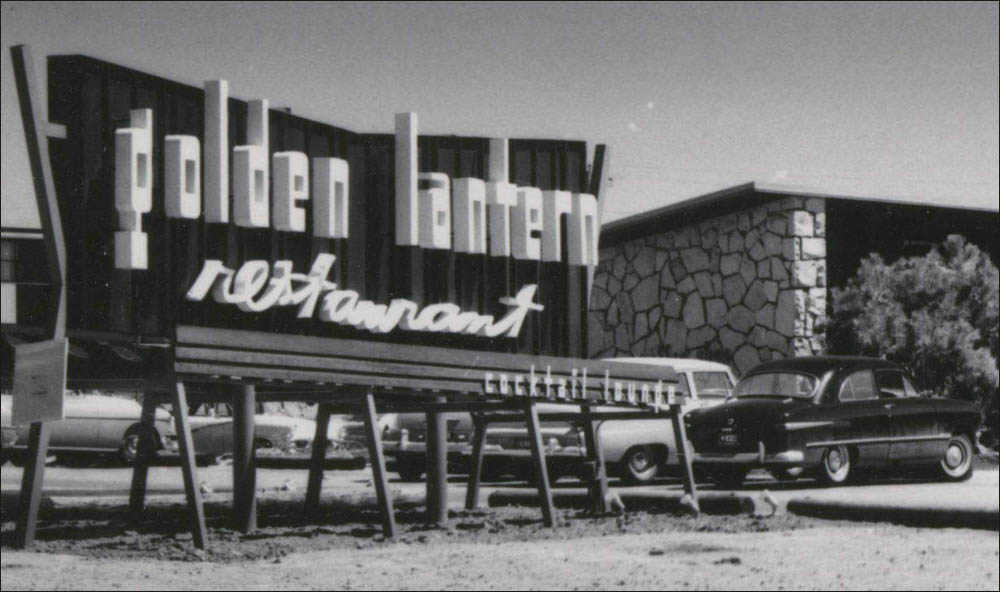 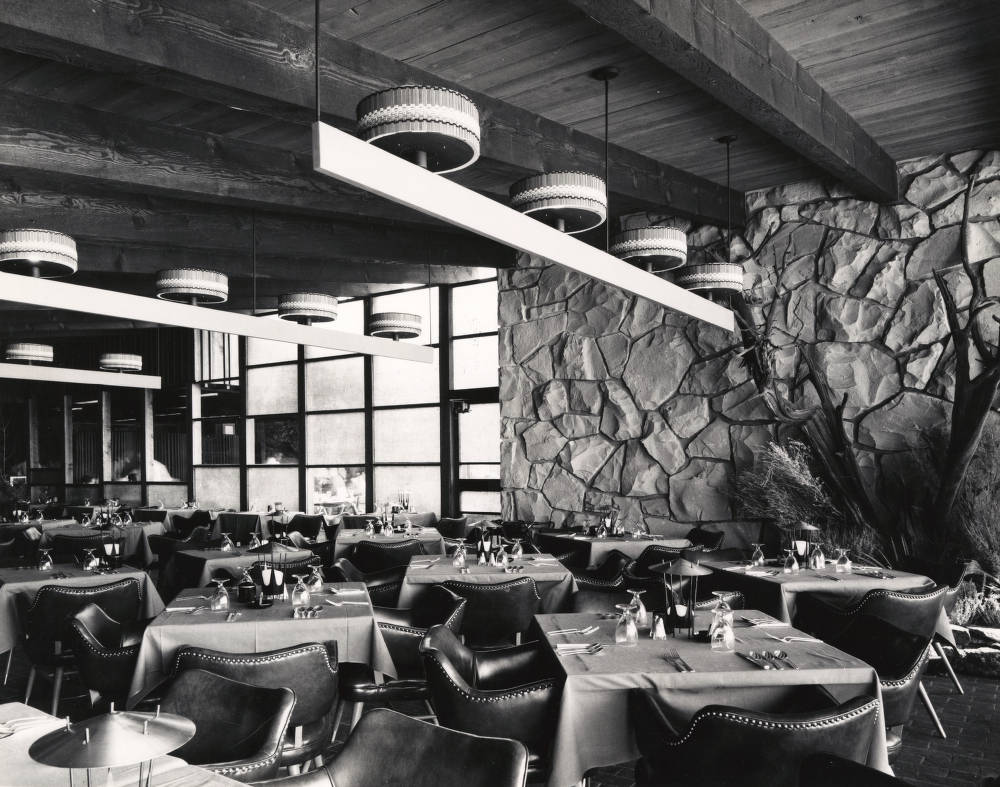 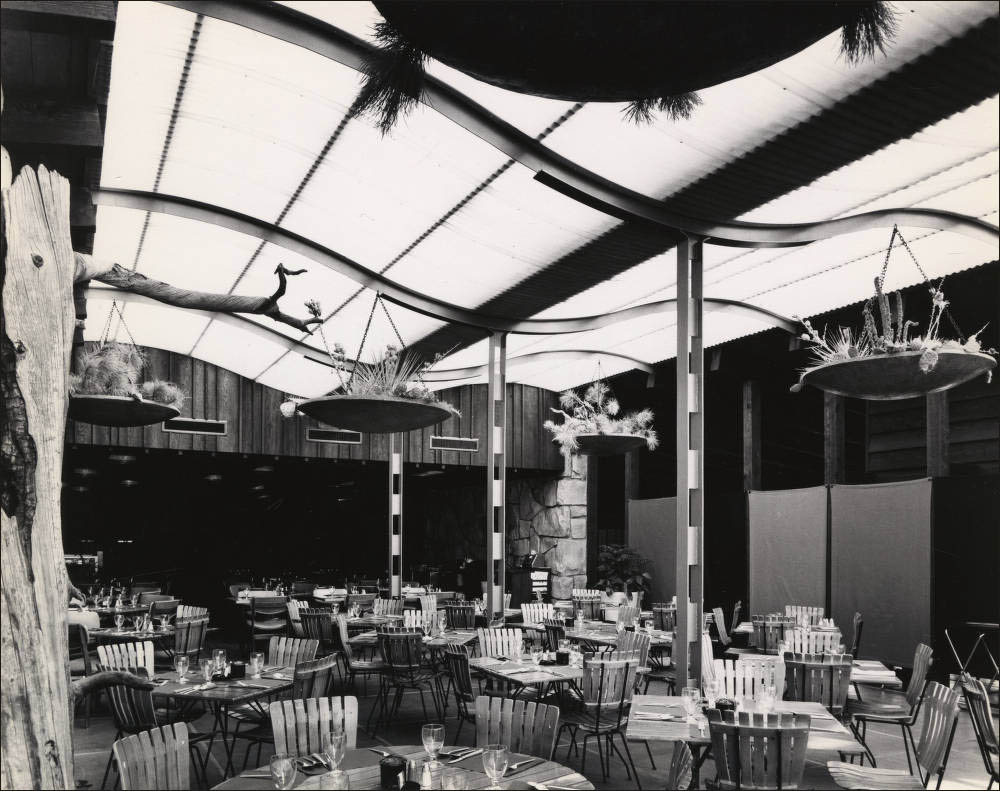 Notes: The Golden Lantern restaurant in Denver, Colorado, was originally located at 1265 Broadway in the 1940's but moved to a new location at 1360 Colorado Blvd. in the 1950's. This new location, shown in the photos above, was designed by architect Richard L. Crowther.

It is not known when the original location actually opened or when the second location closed, but from comments found online it is known that "the Golden Lantern was THE place to eat in Denver for years." Based on the addresses, it appears that both locations now hold strip shopping centers.

White body scalloped edge plate with the left half airbrushed in a deep tan. In the lower left corner of the well, within the airbrushed section, is the restaurant's logo, consisting of a highly stylized lantern or crown shape in dark brown.