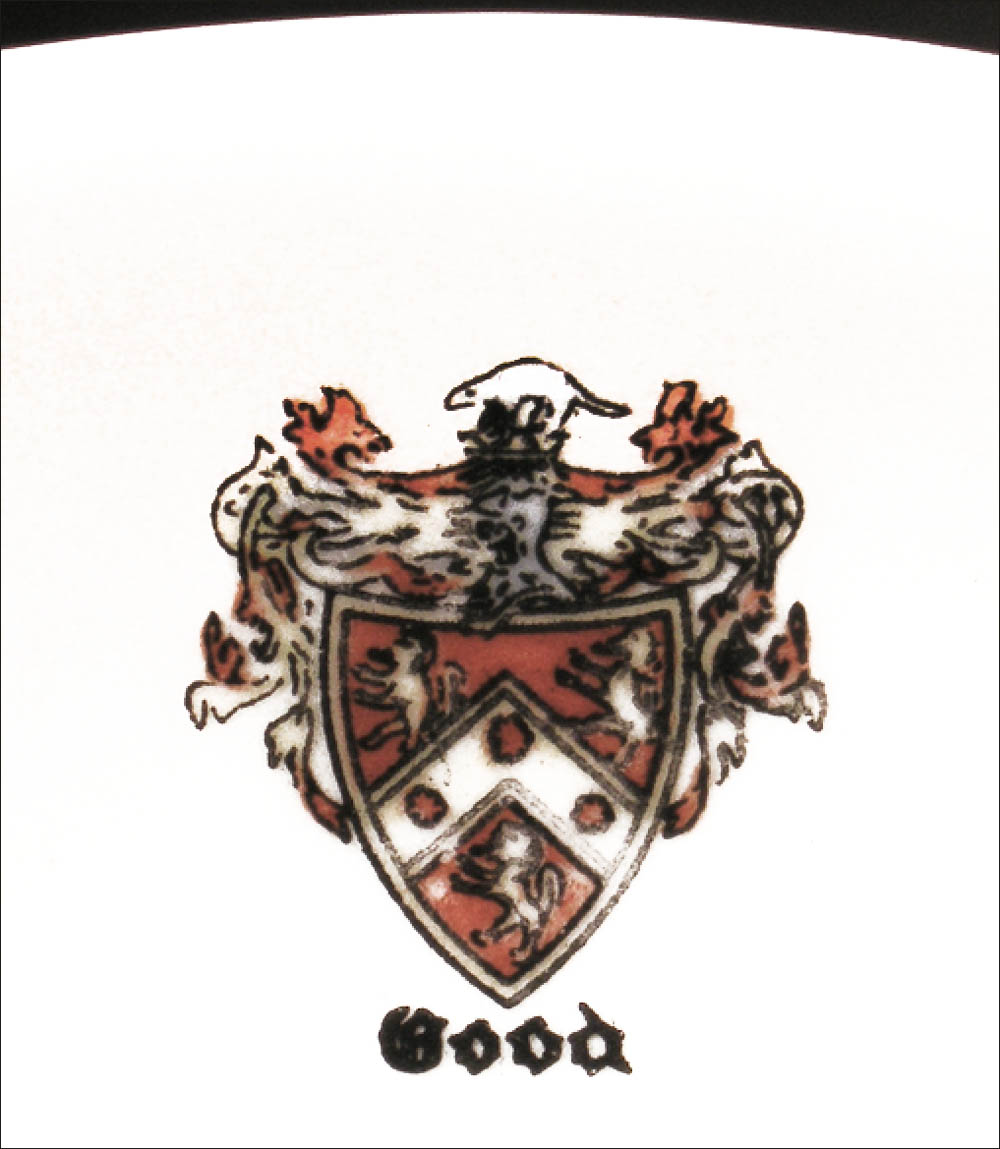 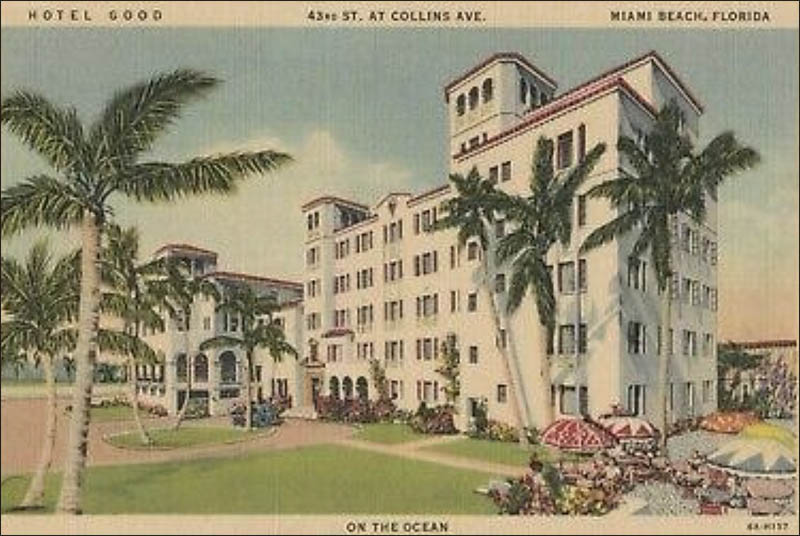 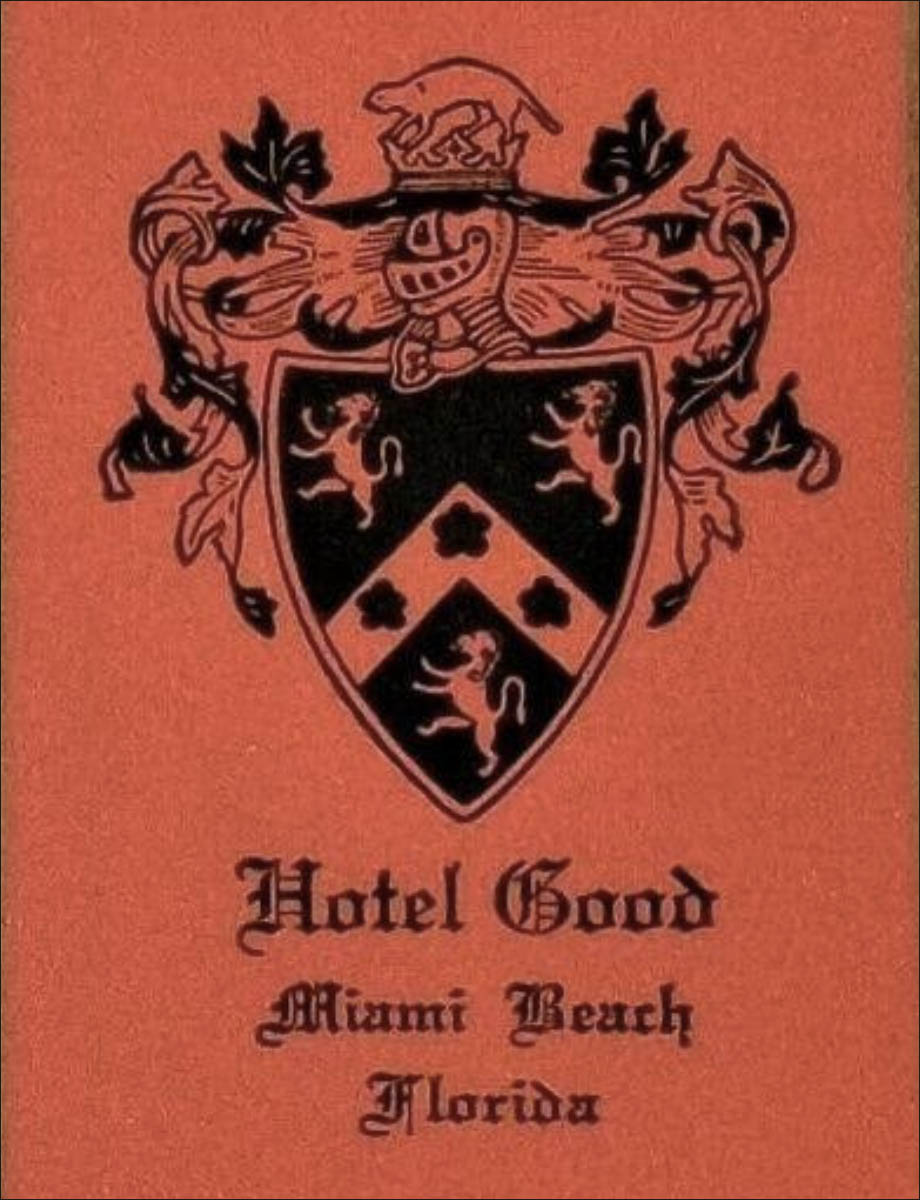 Playing Card from the Hotel Good 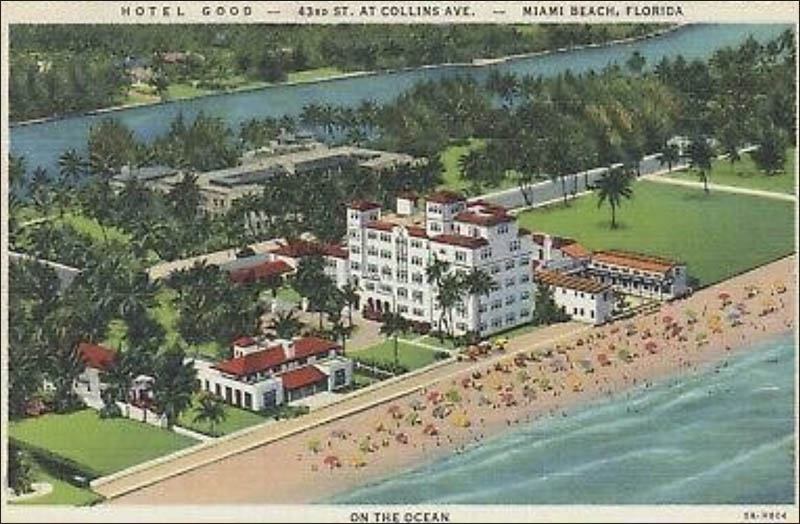 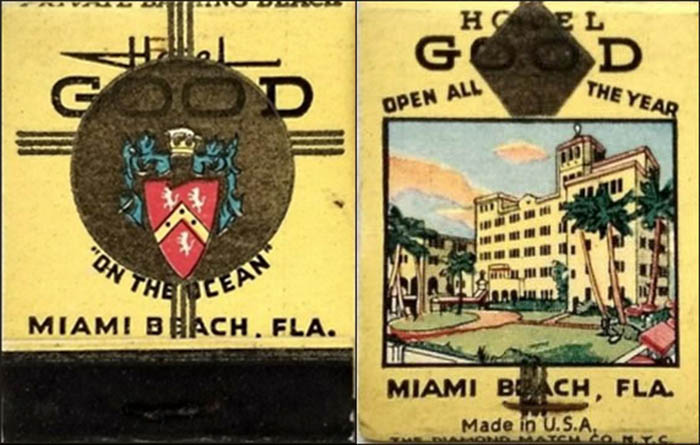 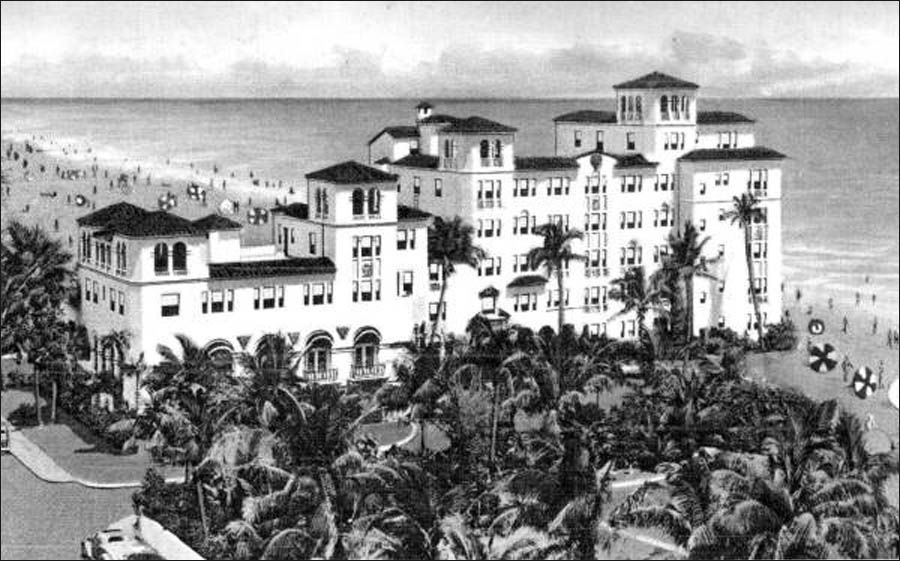 Notes: The Hotel Good, at 4301 Collins Avenue, Miami Beach, Florida, opened before 1934. The Spanish Revival-style five-story hotel contained 100 rooms, with bath. In 1941, the dining room was known as the Gulfstream Room. The Hotel Good is listed in the 1954 Hotel Red Book, but not in 1955. A multi-story condo building, Vendome Place, was built on the site in 1981.

Scammell produced a Lamberton China service crested with the hotel's shield in red, black, and gray. At the top of the crest is a mammal, most likely a weasel or a mink.