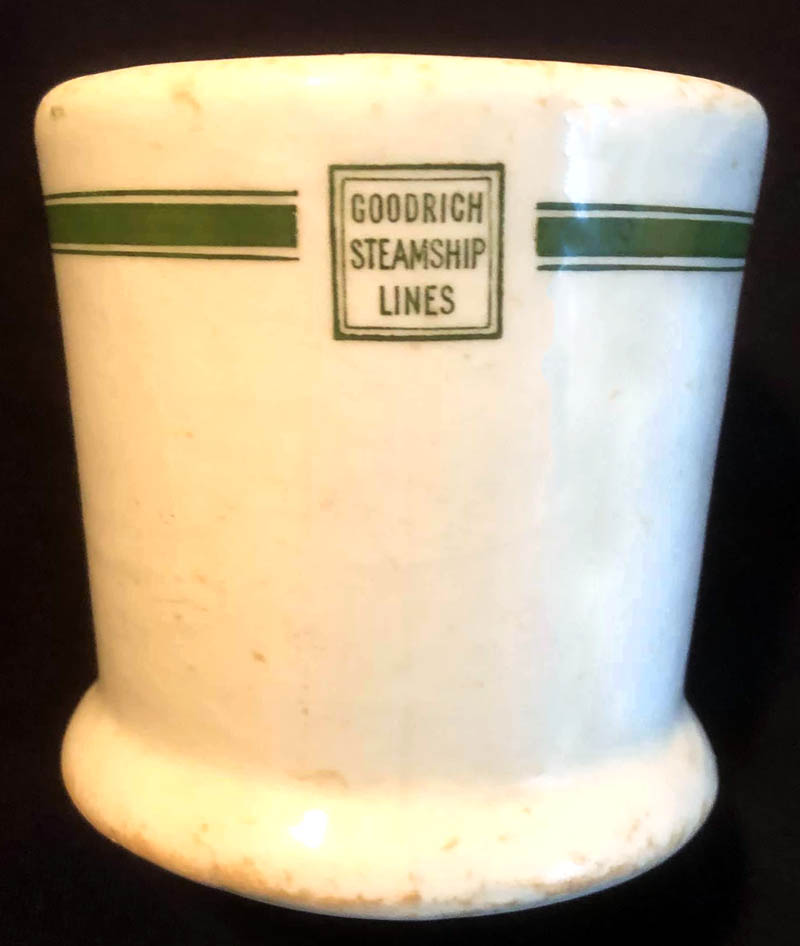 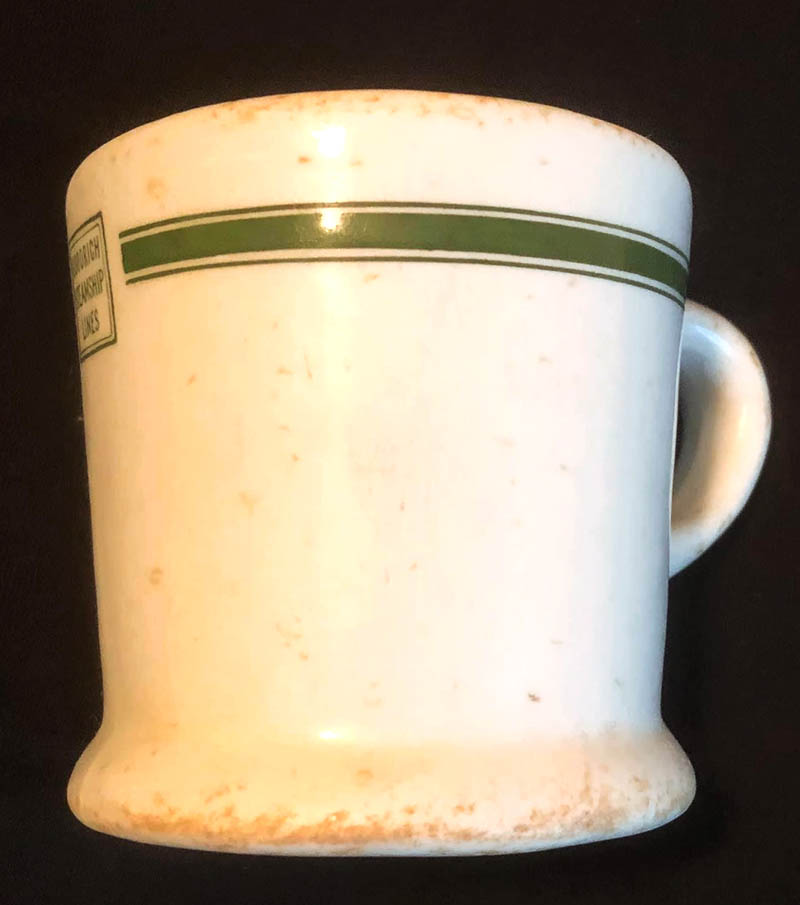 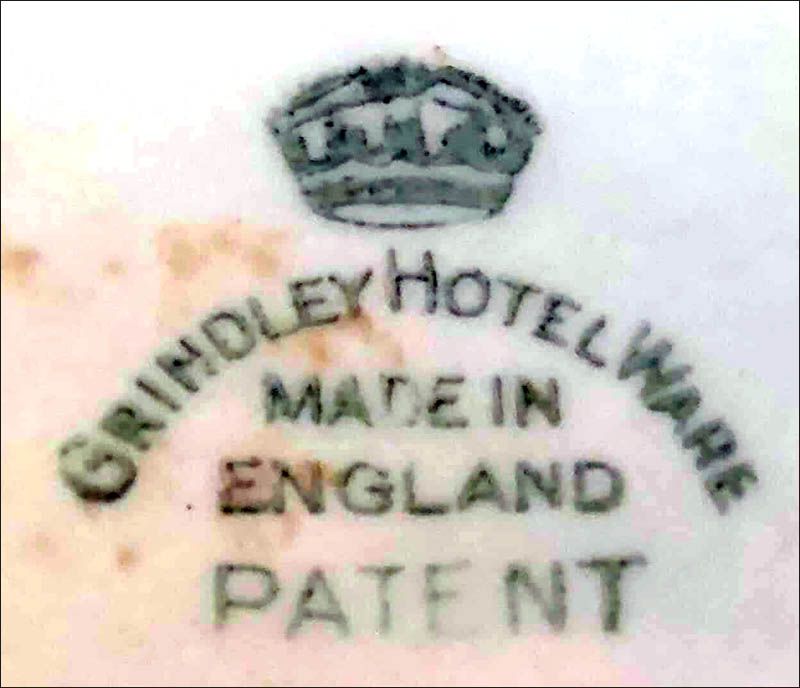 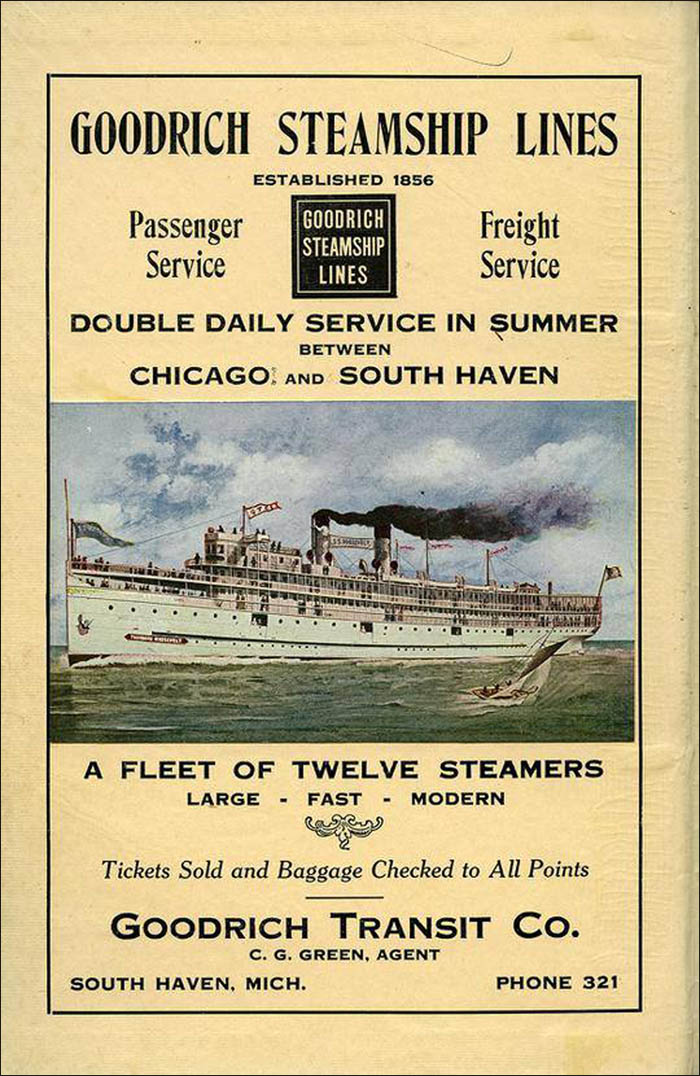 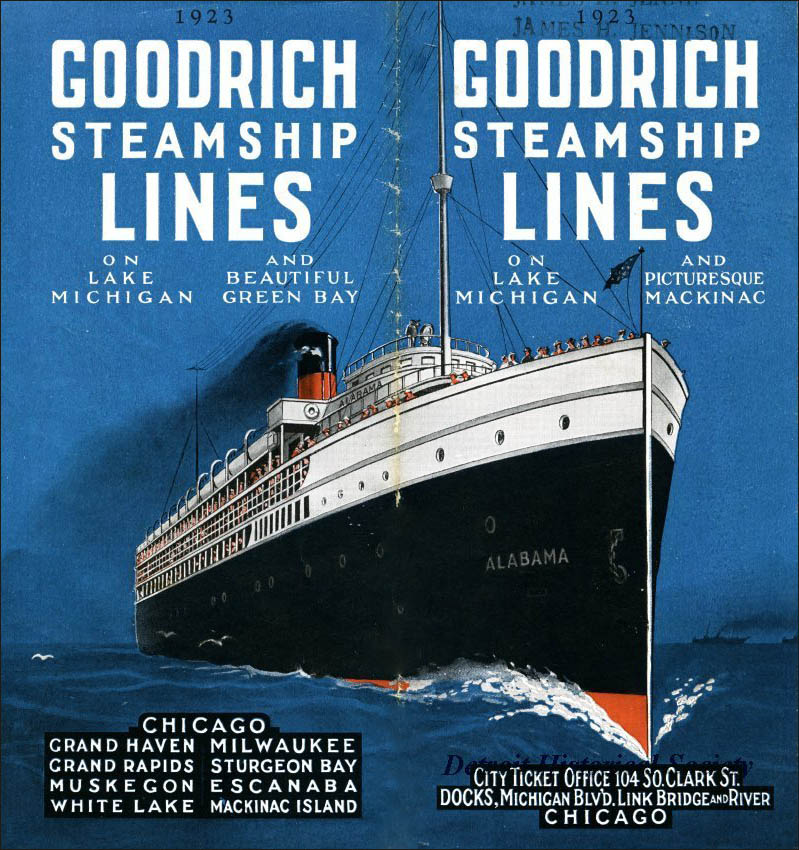 1923 Brochure from the Detroit Historical Society 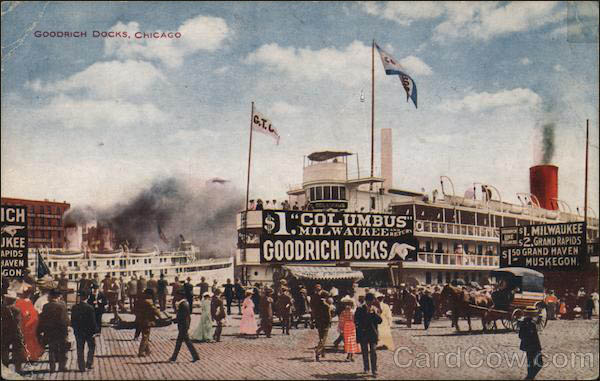 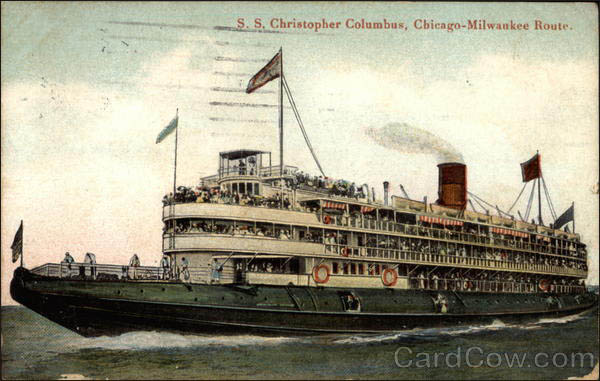 Notes: From the Wikipedia, the Goodrich Steamship Lines "was a passenger steamship line operating in the Great Lakes region, principally in Lake Michigan in the 19th and early 20th century." It was established by Albert Edgar Goodrich, from Buffalo, New York, in 1868. In 1933, Goodrich went bankrupt and its operations ended.

White body mug with three green lines near the top: first, a thin line, followed by a much thicker line, and then another thin line. At the front of the mug (opposite the handle) the lines are broken by the insertion of a square green line block containing the stacked words: Goodrich Steamship Lines.