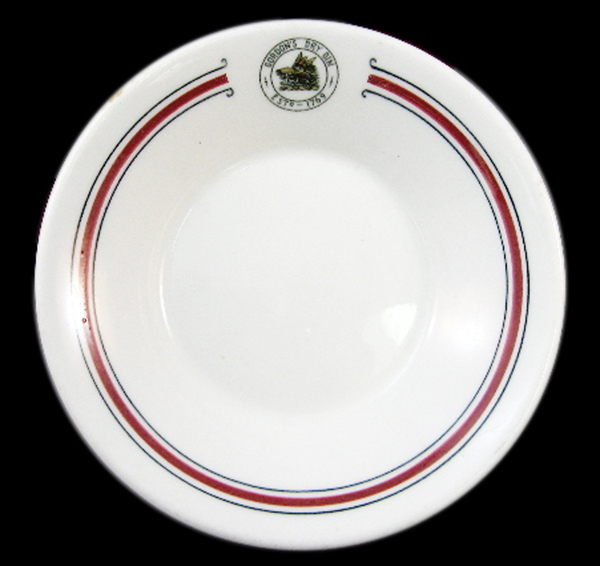 Notes: Gordon's began producing gin in 1769 and continues to do so as of 2009. They established their first U.S. distillery in Linden, N.J. in 1934 after the end of Prohibition in the U.S.

From the Wikipedia: "Every label and bottle top of Gordon's gin bears a depiction of a wild boar. According to legend a member of Clan Gordon saved the King of Scotland from the animal while hunting," and so this bowl includes that same logo of wild boar.