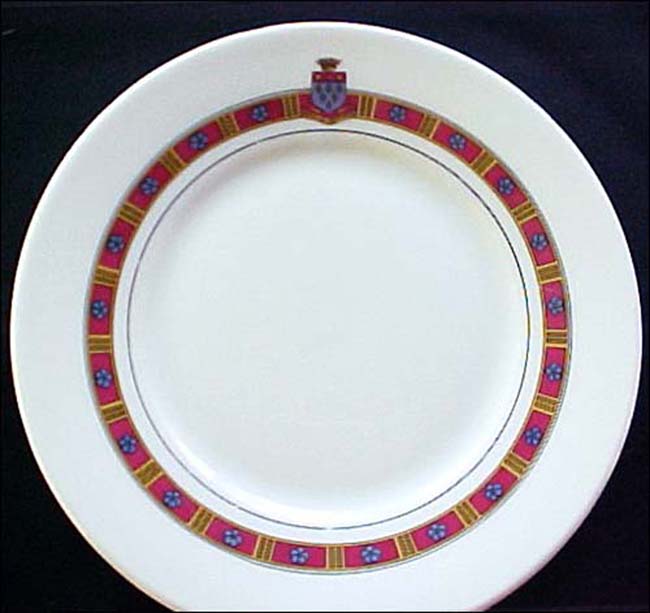 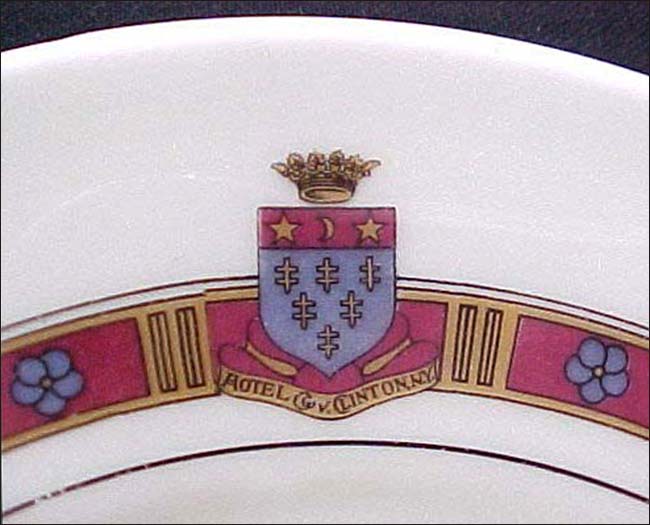 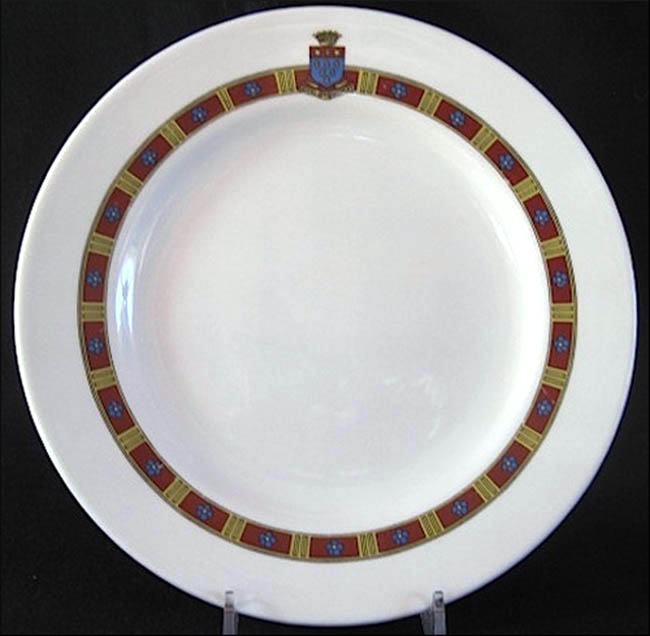 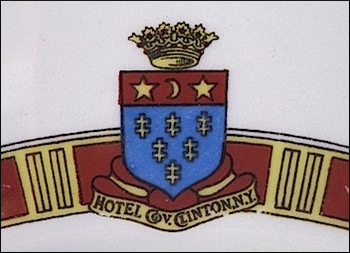 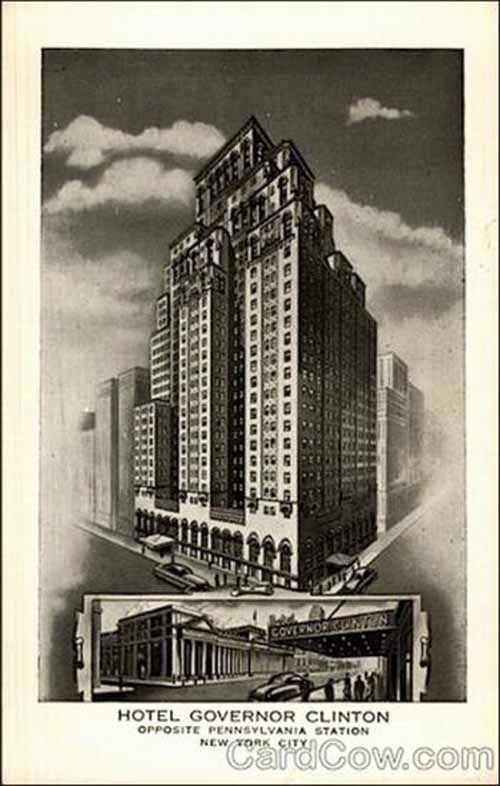 Notes: The 31-story, 1200-room Governor Clinton Hotel was located on 7th Avenue and 31st Street in New York City. It was designed by Murgatroyd & Ogden of New York City, built by Thompson-Starrett Co. and opened in the summer of 1929. When the hotel originially was built, it was connected to Pennsylvania Station by an underground tunnel.

The Governor Clinton Hotel was the home of the Florentine Room, the Old Silverwalk Tavern, the Grill Moderne, the Governor Room, the Circle Bar and the Coral Room. In the 1980s, the hotel was completely reconstructed as an all-suite hotel and renamed the Southgate Tower Suite Hotel. In 2013, it is the Affinia Manhattan Hotel, one of several hotels in the Affinia Hotels chain.