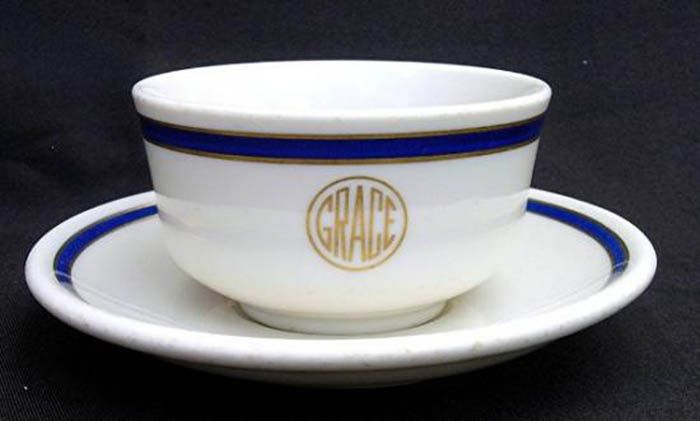 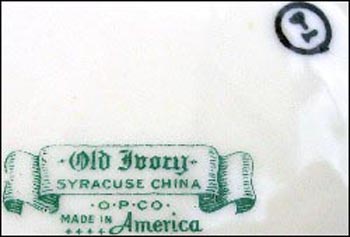 Notes: Used on one of the GRACE Line ships owned and operated by W.R. Grace & Company. Starting in 1832, the company's history spans a century. For a period of time, Grace's main business interest was in shipping. To get its products from Peru to North America and Europe, founder William Russel Grace started a shipping division. The company began in merchant shipping in 1860, expanded to steamships in 1890, and by 1917, christened the first Grace Line passenger ship — The Santa Ana — along with her sister ships Santa Elisa, Santa Teresa, Santa Rosa and Santa Paula.

In 1926, the company established the Panama Mail Steamship Company, which became the Grace-Panama Mail Line in 1930. The company abandoned this service in 1936 in favor of a weekly Caribbean route and Panama Mail was dropped from the line name. In the 1950s and 1960s, Grace also offerred Caribbean cruises which is likely where this creamer was used. In 1970, the Prudential Company purchased a controlling interest in Grace Lines, which became the Prudential-Grace Lines, but Grace was removed from the name in 1974. Click here for the complete history of the W.R. Grace & Co.