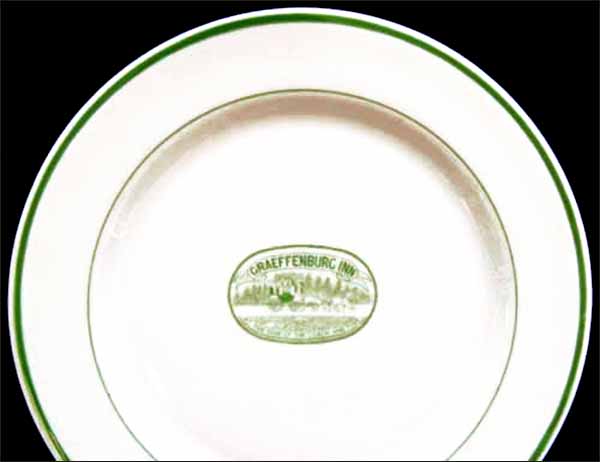 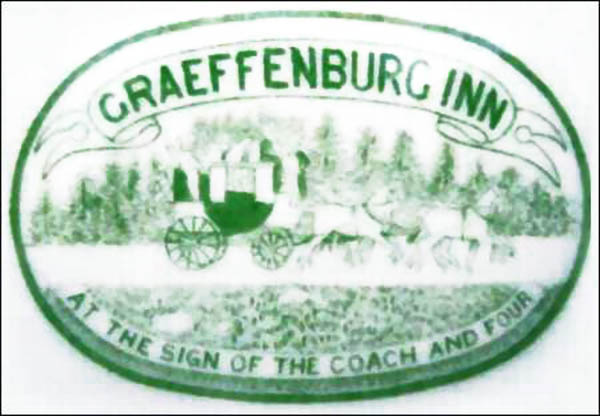 Notes: Named for a famous Austrian spa, the Graeffenburg Inn opened in 1849 in Fayetteville, Pennsylvania. Located within the boundaries of Caledonia State Park the inn offered lodging, dinning and "health springs." In its early years it served as a stop for the stagecoach.

In 1902, the state of Pennsylvania bought the inn and continued serving travelers on Lincoln Highway and the Appalachian Trail. It was leased to various other operators through the years and advertised 20 rooms (6 were cottages without private baths).

The Caledonia Golf Club originally was built as a nine hole golf course in the 1920s and later enlarged to 18 holes. The historic landmark was destroyed by fire on March 15, 1980 and the cause of the fire was ruled to be arson.

White body with light green line trim, center oval medallion in green with large banner on top reads Graeffenburg Inn, a coach and four in the center and a small banner underneath reads: AT THE SIGN OF THE COACH AND FOUR.

ID and Photos contributed by floralady