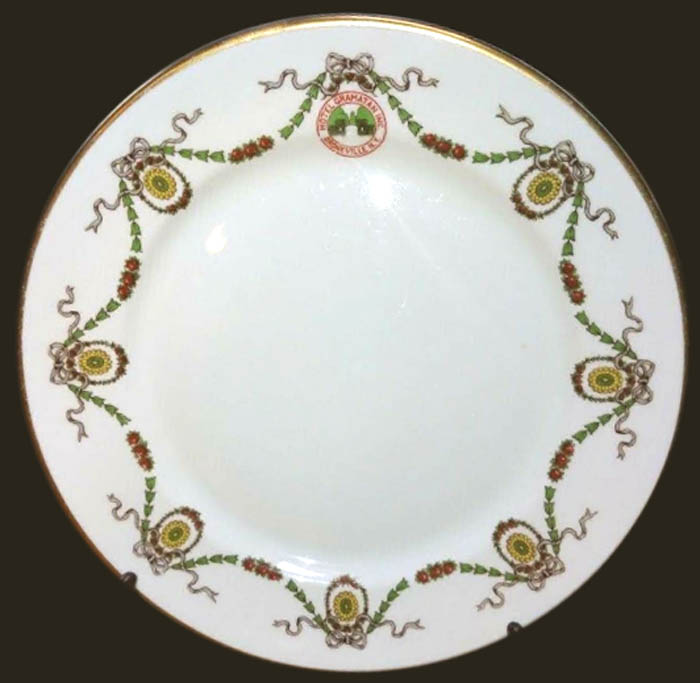 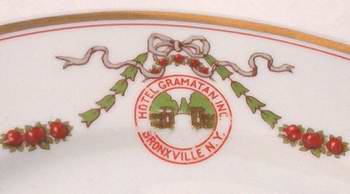 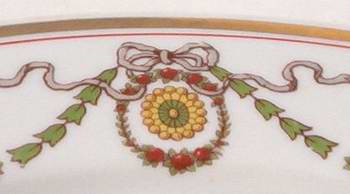 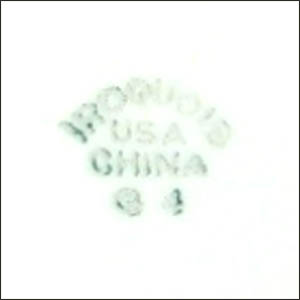 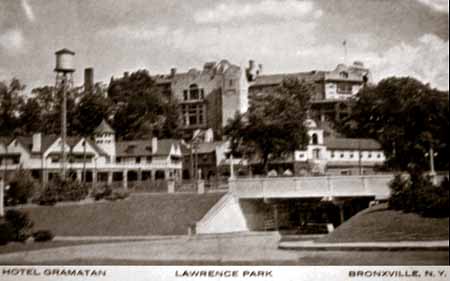 Notes: Located in Bronxville, New York, the Hotel Gramatan was built in 1905. Replacing an earlier inn, the Spanish-style hotel was made to accommodate the large influx of artists and writers when the village became popular at the turn-of-the-century. The hotel had a hilltop location with golf, tennis and riding nearby. Its Hereford House Restaurant was noted for its fine cuisine. Restricted clientele. The 300-room hotel was demolished in 1972.

The hotel logo shows a stone gate with trees in the background. This may have been a view from inside the hotel or to a hotel garden area. The rim pattern design consists of wreaths with swags of bellflowers and apples.