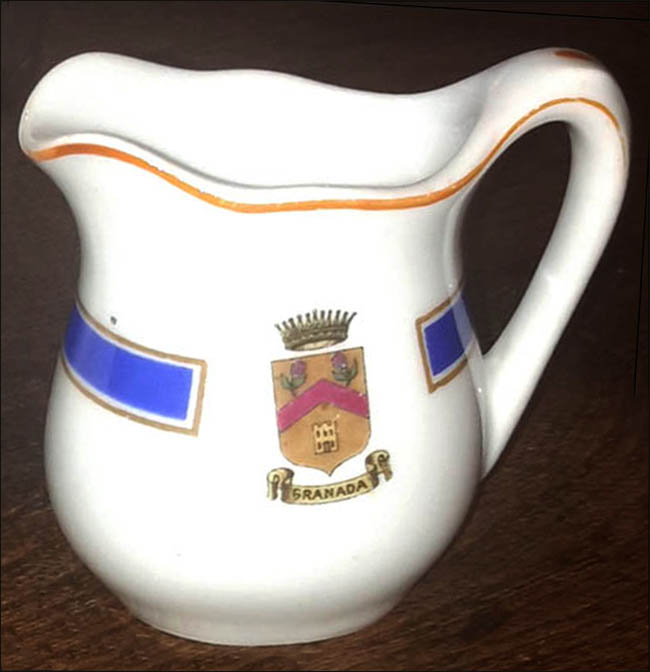 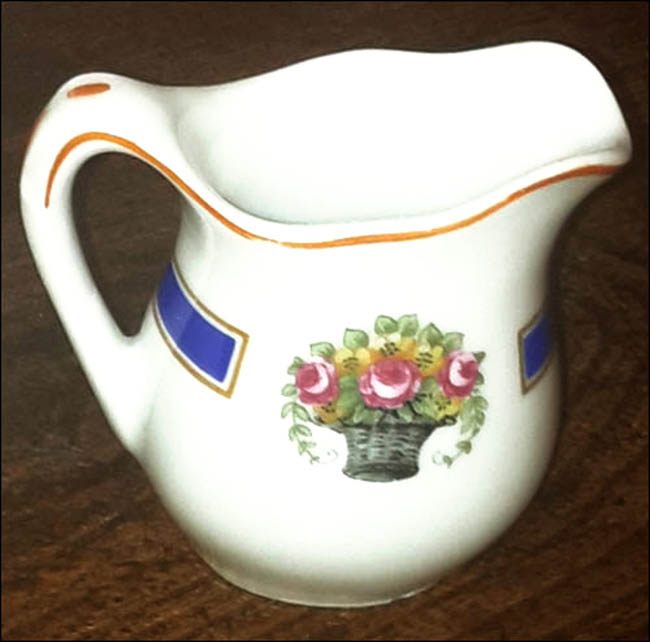 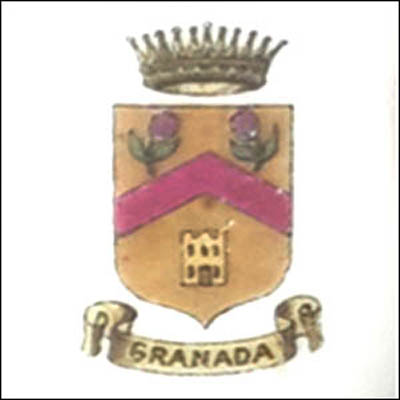 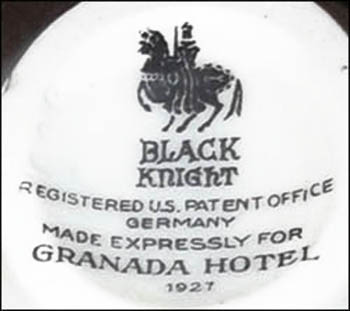 Notes: Opened in 1927 by the Joseph John Lannin Hotel Co., the 15-story Hotel Granada was located at the corner of 266-268 Ashland Place and 13 Lafayette Avenue in Brooklyn, N.Y. It advertised 400 rooms with bath, a bit of hype because it only contained 364 rooms.

Some of these were one- or two- or three-room apartments with serving pantries. On the ground floor it had the Forsythia Room as its main dining room along with a lounge, a tea room, and two private dining rooms. The Pick-Barth Company had the contract for all of the original furnishings and equipment.

By the 1960s the hotel was being used as a dorm for the Pratt Institute. In the early 1970s it was renamed Brooklyn Arms and transformed into a welfare hotel. In 1994 it closed and was demolished.

The Hutschenreuther Black Knight body has a pattern that includes a shield divided by a red chevron. Two blue roses are in the top section with a castle in the lower section. An eight-point crown is above the shield. "Granada" is in a banner curved below the shield. A blue band outlined with red orange pin lines flanks the crest. Baskets of flowers are between other breaks in the blue band. The Black Knight backstamp contains a 1927 date. The shield logo appears on pre-1962 matchbooks.