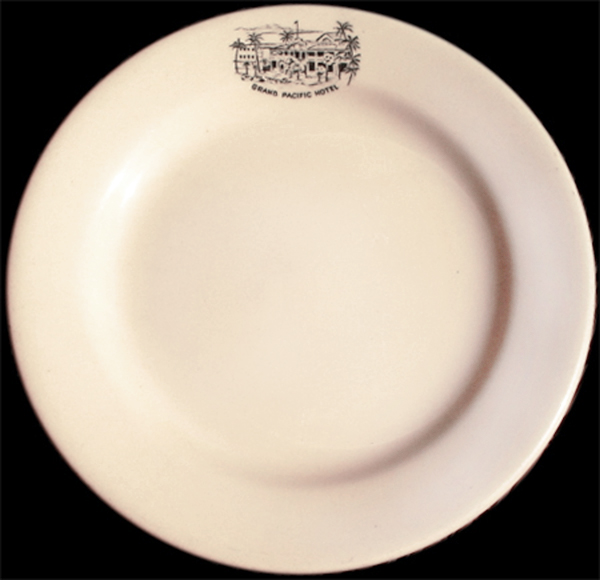 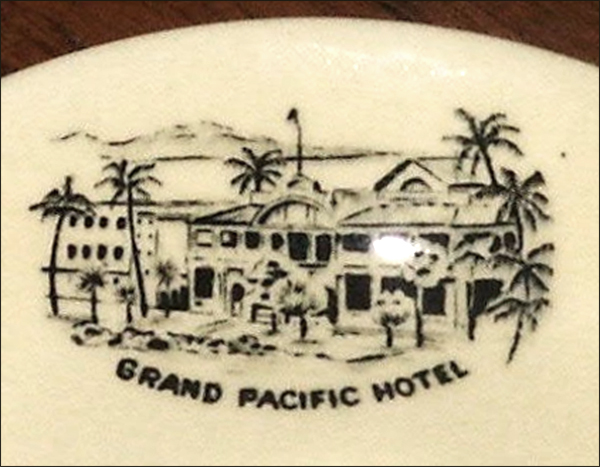 Notes: Built by the United Steamship Company in 1914 to serve the needs of passengers on transpacific routes, the Grand Pacific Hotel – also known as the GPH – is located on the Victoria Parade sea front in Suva, Fiji. The hotel offered first-class staterooms on its second floor, where guests could step outside on the 15-foot veranda overlooking the harbor and walk around the building. The hotel was built on the landing spot for the original Suva village, called Vu-ni-vesi after the trees nearby.

In 1992, the GPH closed, but the Fijian government in a joint-venture capital project purportedly made plans to restore the hotel in 2008. As of 2009, the Grand Pacific Hotel sits in abandon, waiting for restoration.

Golden yellow PASTEL body, topmarked in black with an illustrative view of the Grand Pacific Hotel.