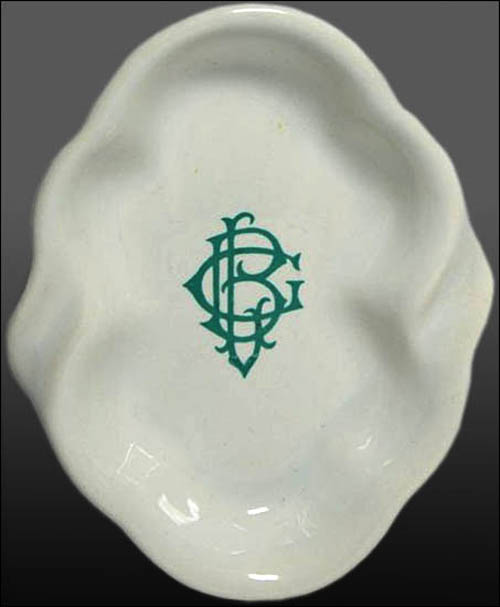 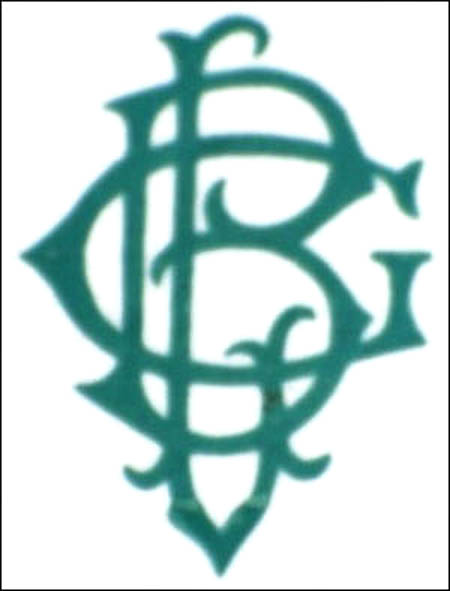 Notes: The hotel is located in Syntagma Square, Athens 10564, Greece, and was originally built as the home of a wealthy Greek in 1842. In 1874, it was purchased by Efstathios Lampsas, a former cook who worked in the palace next door. With a partner and a large loan, the new owners restored the mansion and named it Grande Bretange. Electricity was installed in 1888.

A new wing was added in 1930 and in April 1941, when Athens fell to the Germans, it became headquarters for the Third Reich. From hotelsofgreece.com: "During this period there was much famine, hardship and terror and Athens breathed a sigh of relief when the Germans left and the hotel became the headquarters of the British Expeditionary Force in the autumn of 1944."

In 1956 four more stories were added. The last renovations were done in 2003 and Lampsa Hotels S.A. are still the owners.

The white ashtray has what appears to be the monogram in teal green: GBL or LGB. The GB would stand for Grande Bretagne, and the L would signify Lampsa Hotels. A second ashtray with full logo (below) provided the ID.