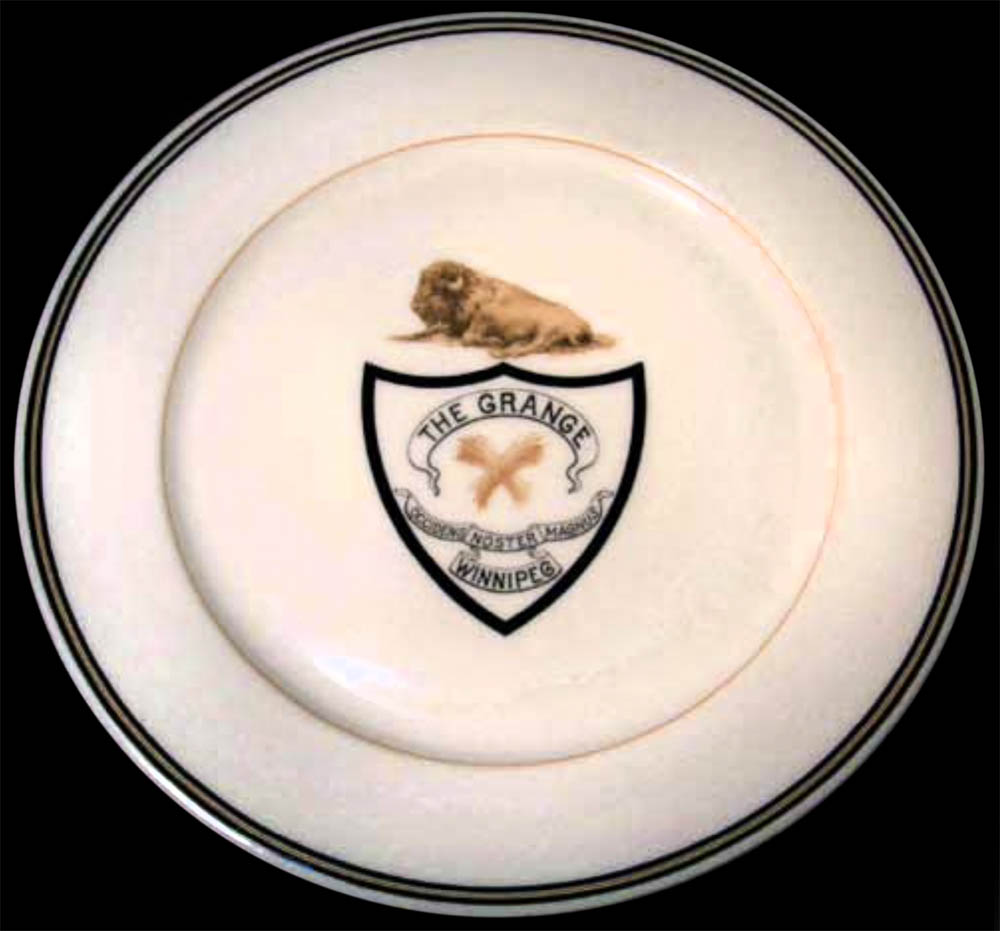 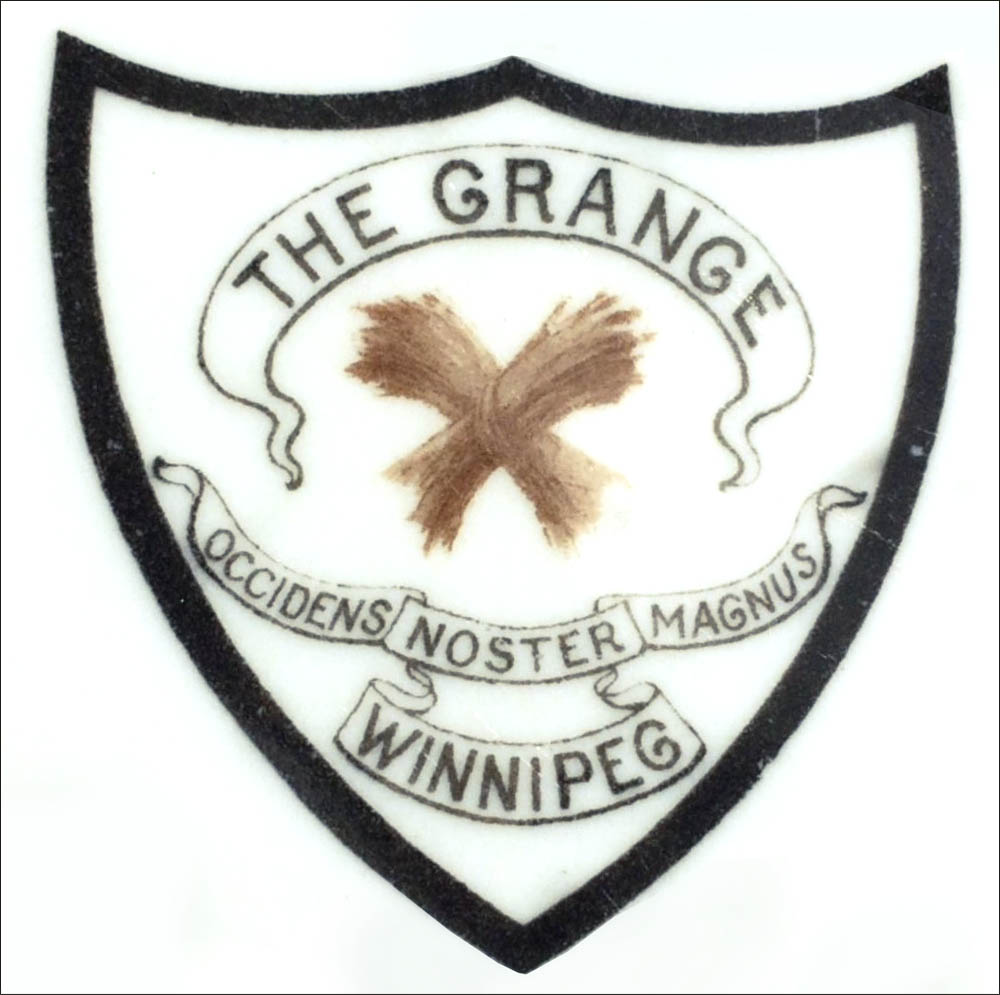 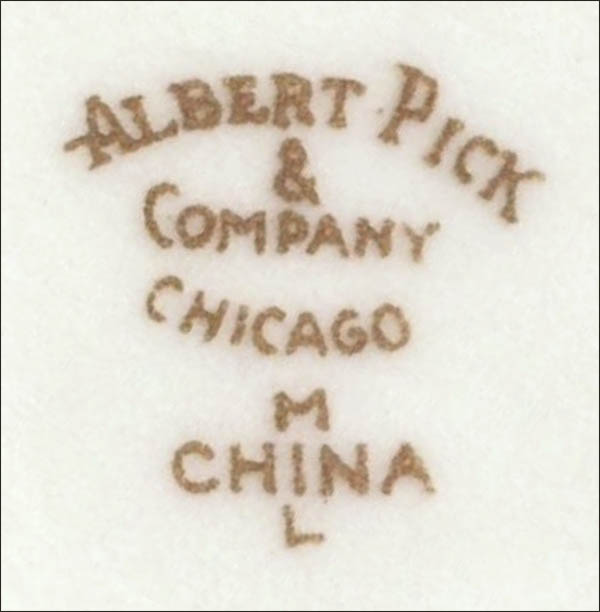 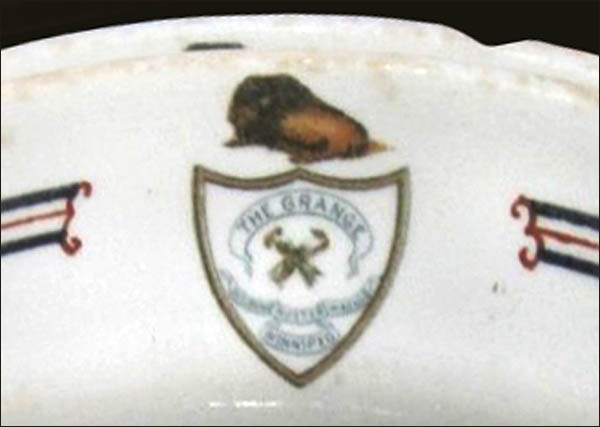 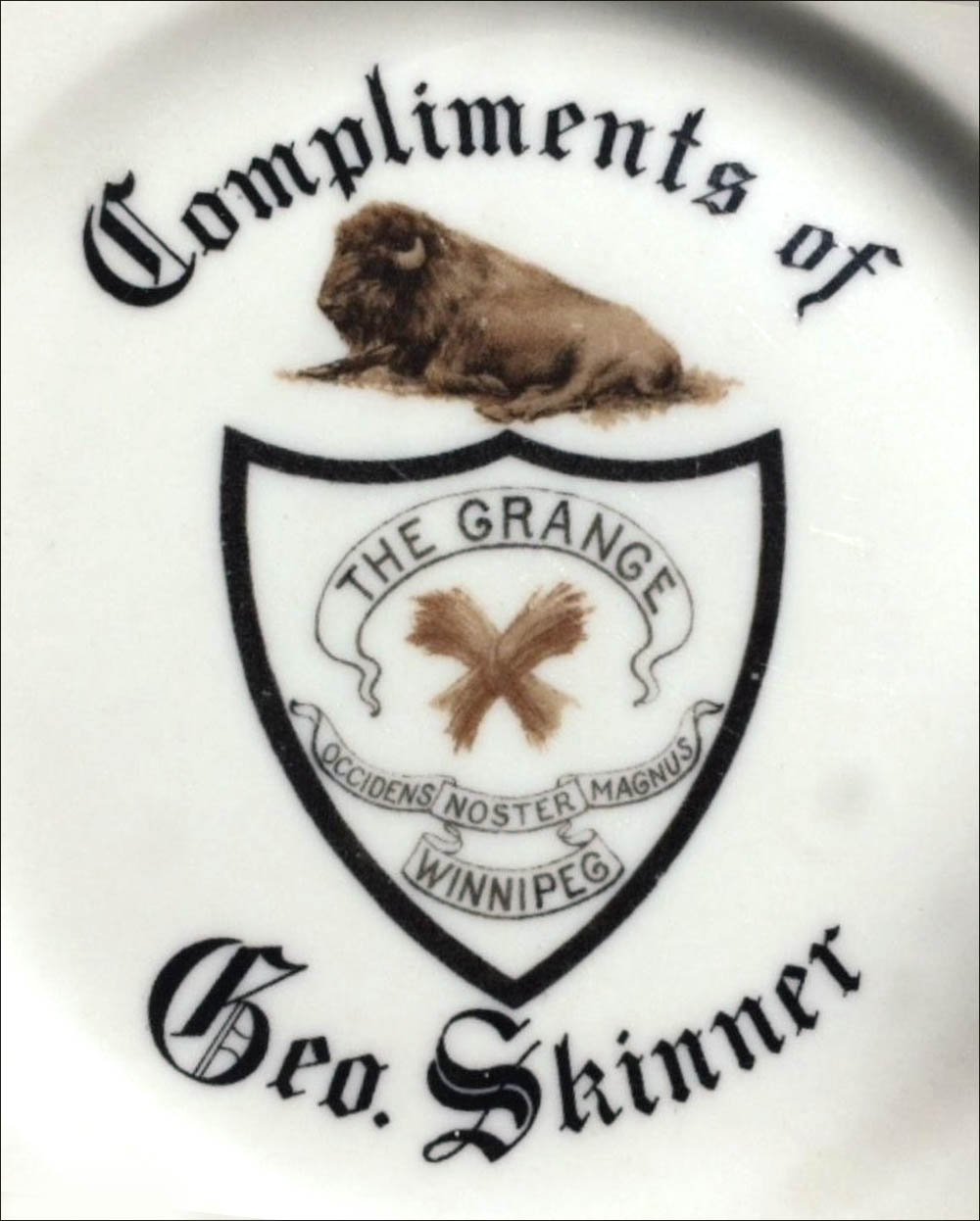 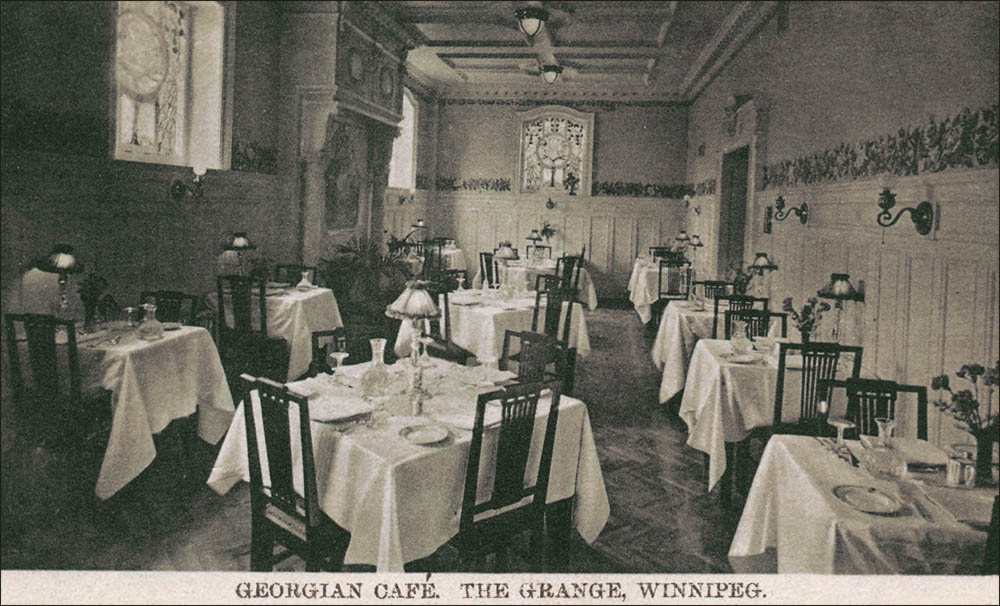 Georgian Cafe at the Grange Hotel 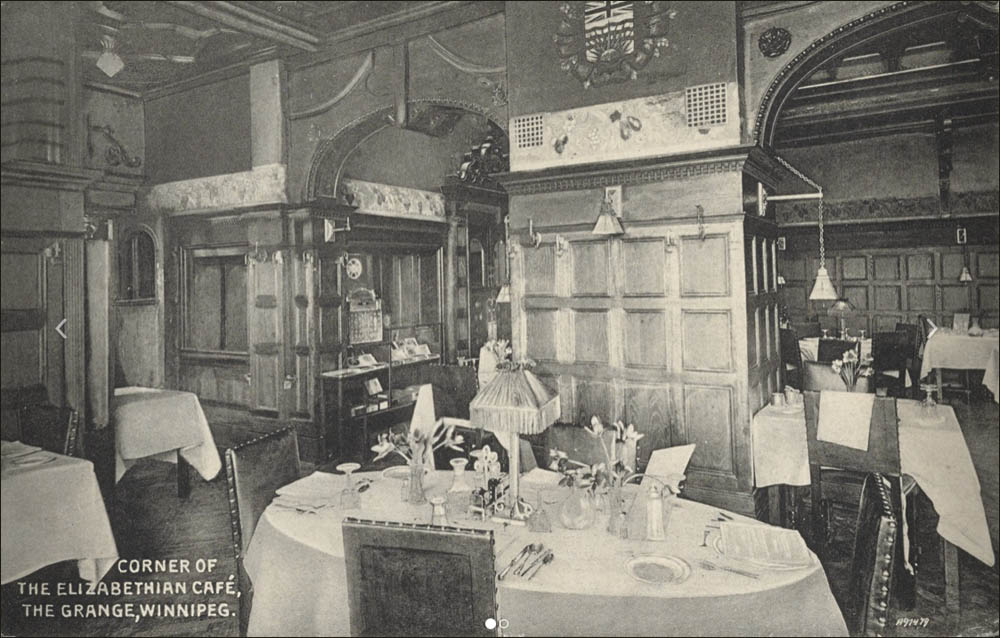 Elizabethian Cafe at the Grange Hotel 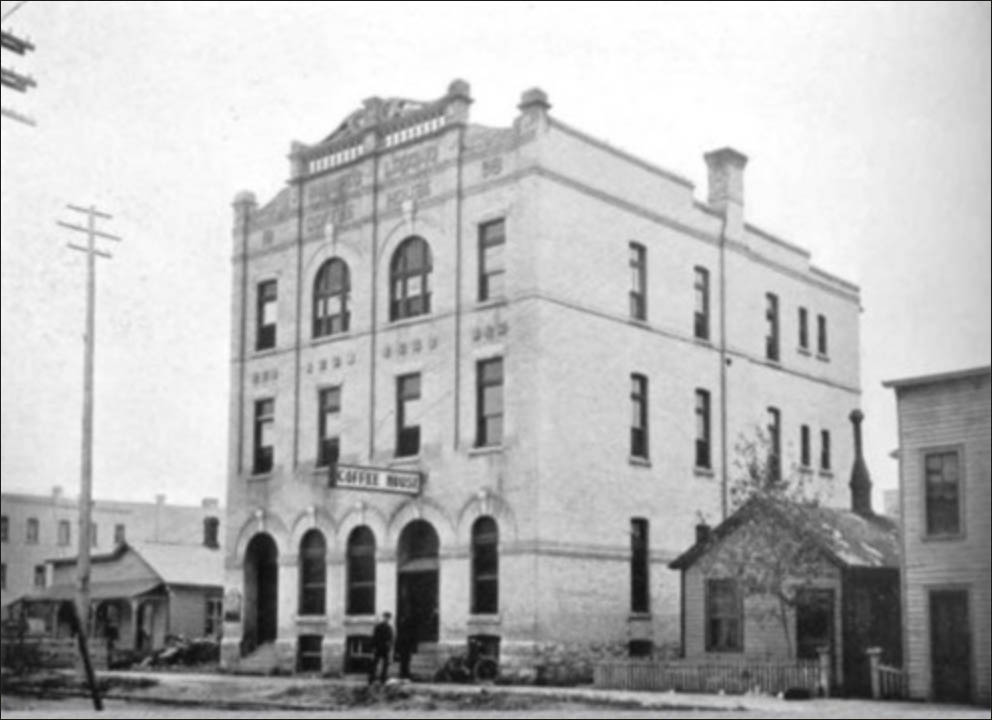 Notes: The three-story building at 168 Lombard Avenue, was built in 1898, as the Winnipeg Lodging and Coffee House. In 1906, it became the Carlton Hotel. In 1908, it was purchased by George Skinner who renovated and reopened it in 1909, as the Grange Hotel.

Maddock produced Lamberton china crested with   a resting bison above a shield containing crossed sheaves of wheat. The Latin "Occidens Noster Magnus" within the banner translates to "Our Great West." Some of the plates, which may have been given away at banquets, contain "Compliments of Geo. Skinner". Other pieces in this china service have a small crest, flanked, mid rim, with black and rust red lines. Albert Pick & Co. was the distributor.