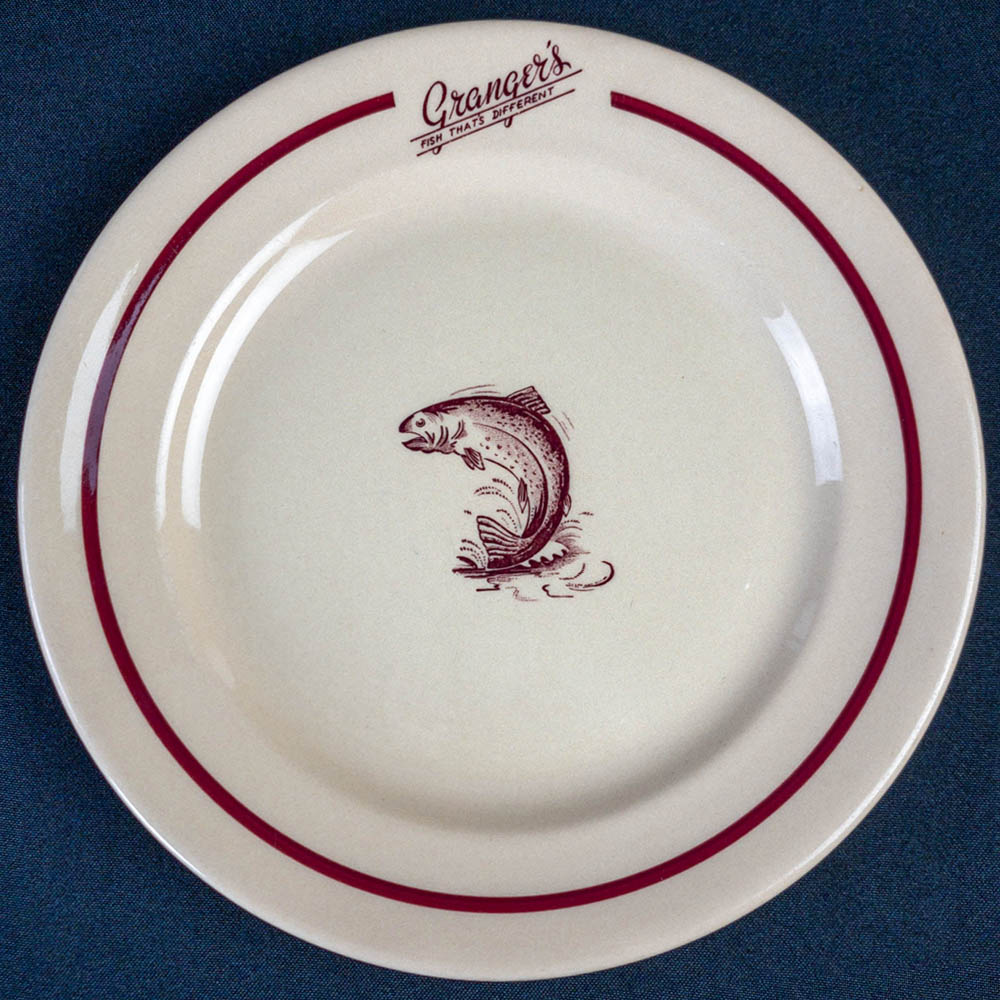 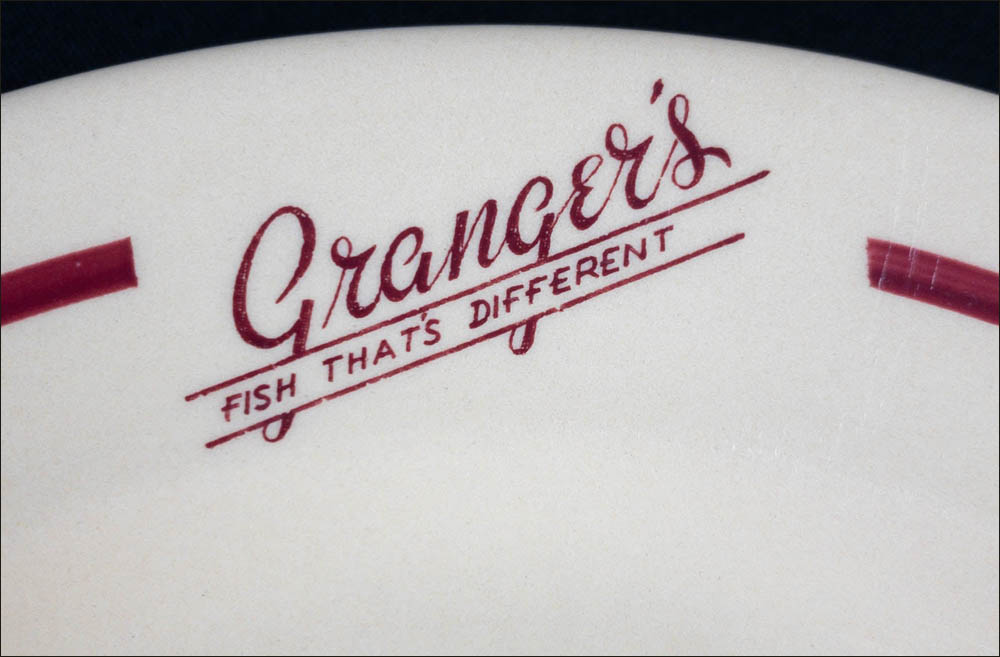 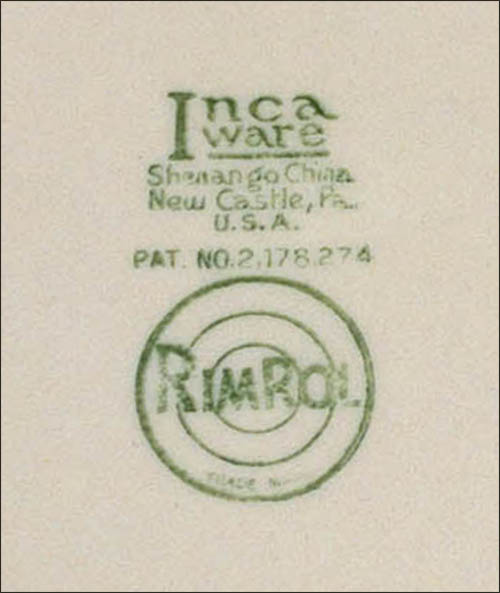 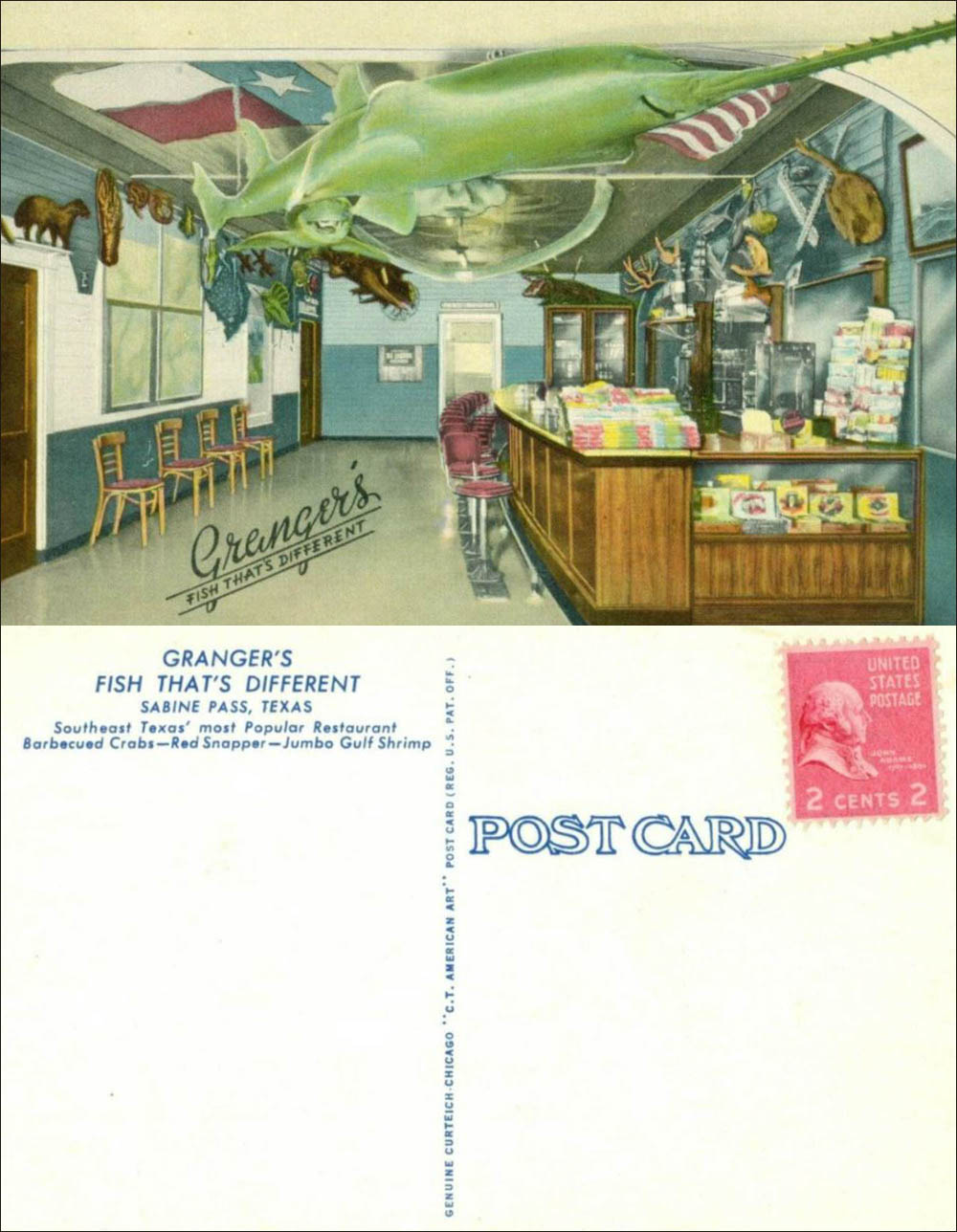 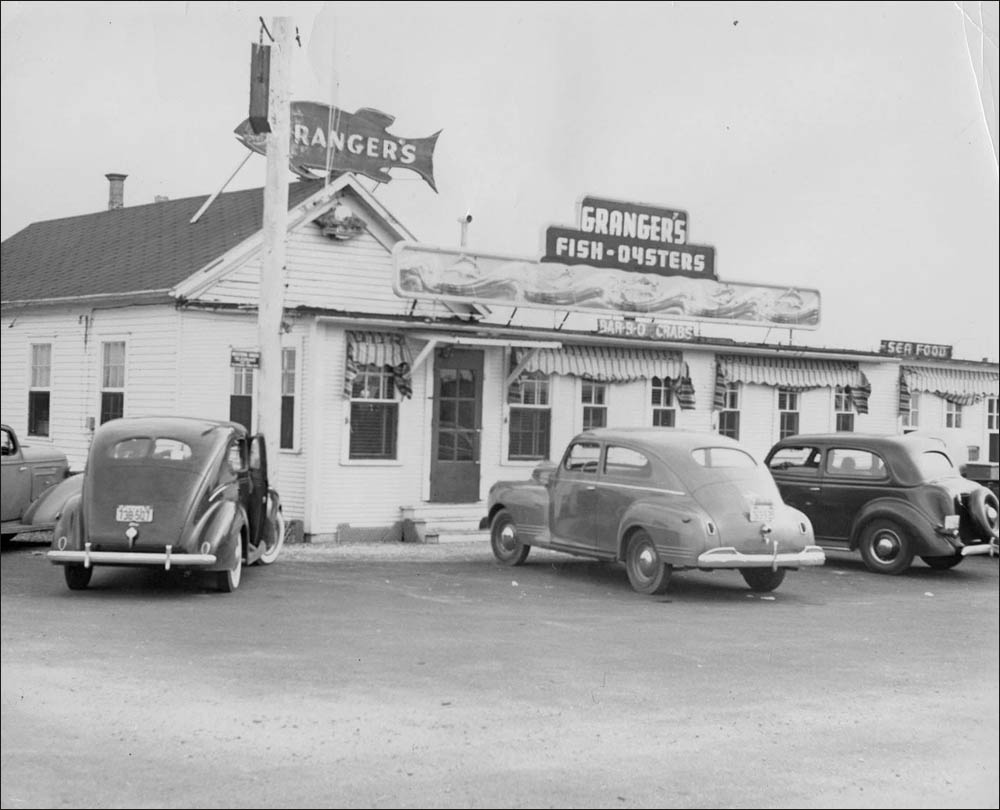 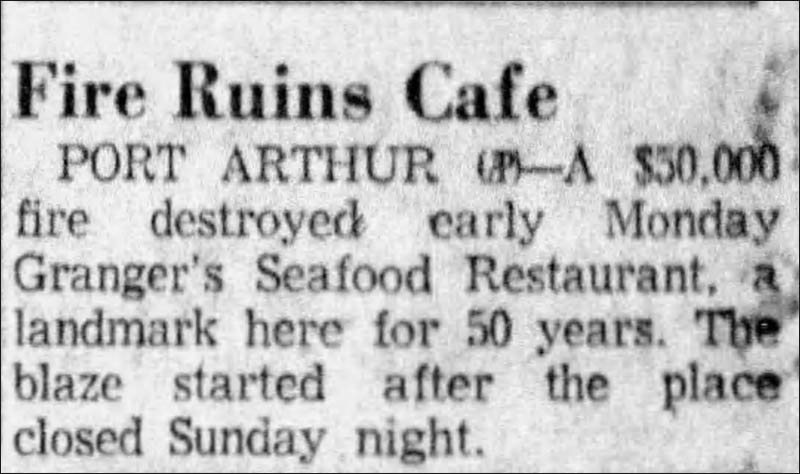 Notes: Granger's, a seafood restaurant whose slogan was "Fish That's Different,"  was started around 1908 by Adinell Houston Granger in Sabine Pass, Texas, at the intersection of State Highway 87 and Farm-to-Market Road 3322. The restaurant was known for inventing a local favorite, Barbecue Blue Crabs, a recipe made by Adinell's step-son Jerry Dwight. The restaurant was a local landmark until it burned to the ground after hours on December 9, 1958.

Tan body plate, Shenago's Inca Ware, with a brown band around the middle of the border. The band is broken at the top of the plate with the insertion of the Granger's logo placed at a slight angle. In the center of the well is a drawing of a fish jumping from the water.