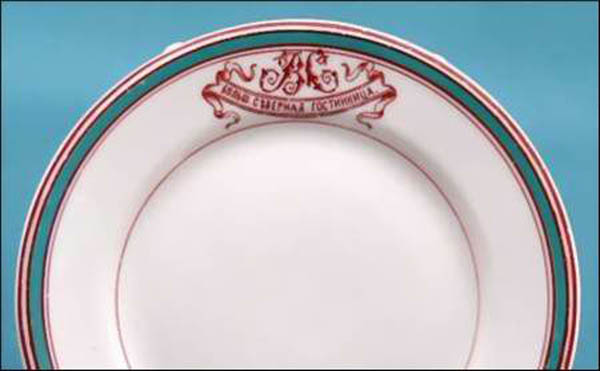 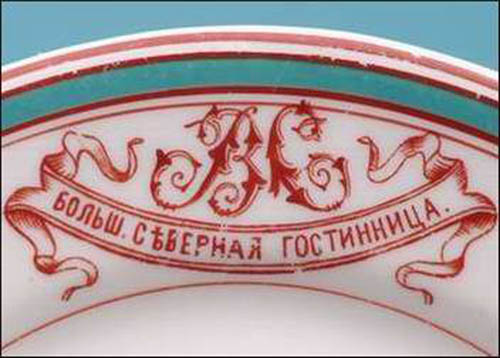 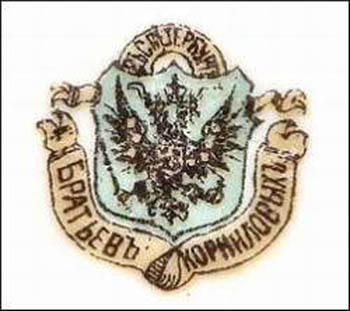 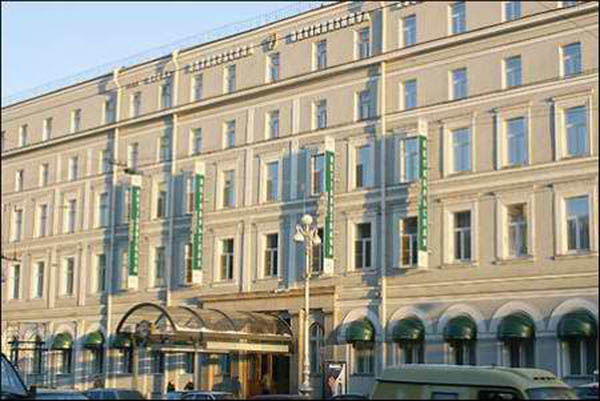 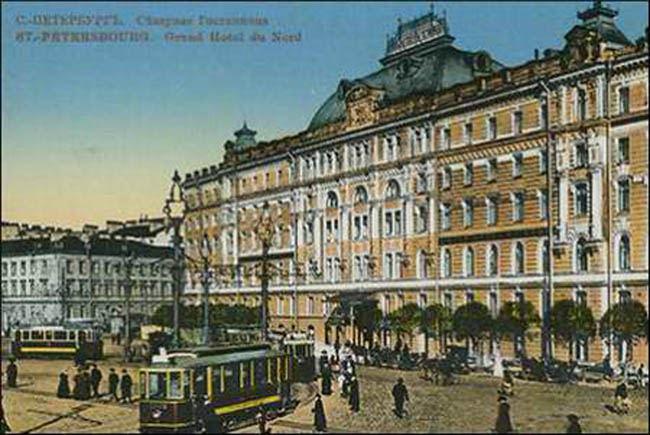 Notes: In February 1845, Russian Emperor Nicholas I approved a building to be built next to the Moscow Railway Train Station in the center of St. Petersburg, Russia. Designed by architect A.P. Guemilian, the Znamenskaya hotel originally opened in December 1851. In the second half of the 19th Century, the hotel was extensively renovated by different owners. During this period, the hotel changed its name from Znamenskaya to Severnaya (Northern) and later was renamed the Baulshaya Severnaya (Great Northern).

At the beginning of the 20th century, the Great Northern Hotel had more than 200 lavishly furnished rooms with 23 baths. The hotel also had a new dome that housed one of the city's largest restaurants with accommodations for 500 people. This plate likely was used in the hotel's dome restaurant. The hotel offered modern accommodations of the time for its guests, including telephones in many of the rooms and an electric elevator.

White body with red pinline and green band outer border and red pinline inner border. Topmarked "BC" in Russian Cyrillic red letters with a banner underneath that translates to "Great Northern Hotel."