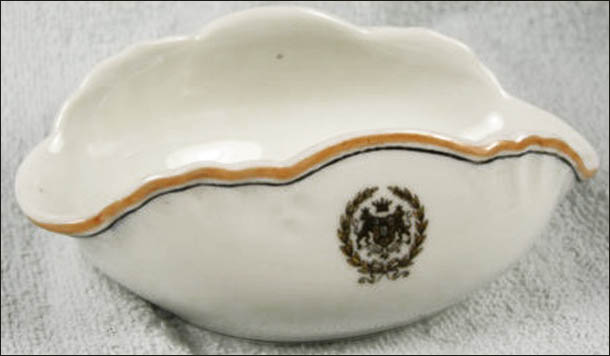 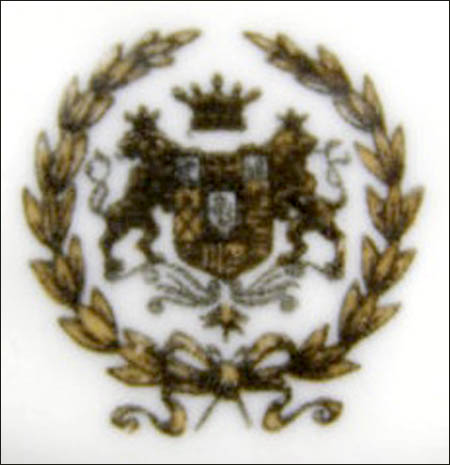 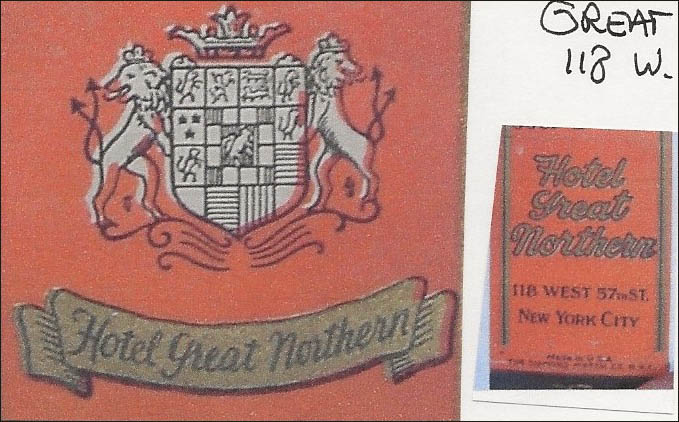 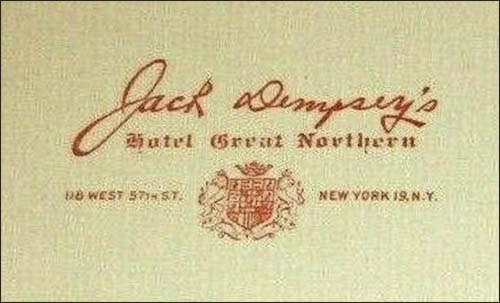 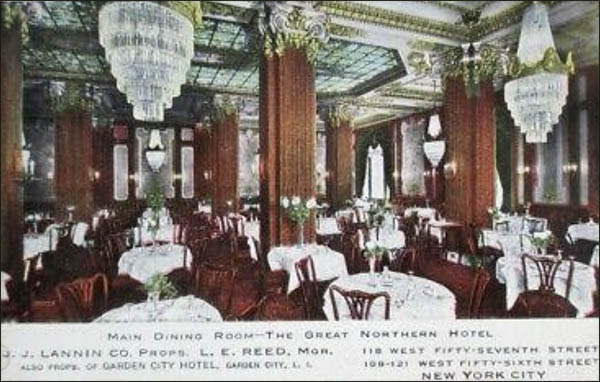 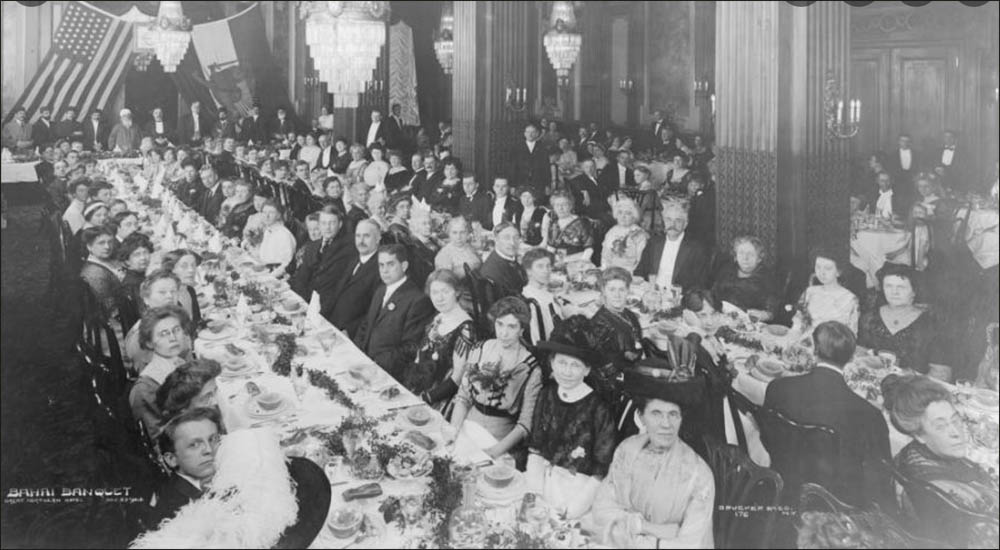 Banquet held at the Great Northern Hotel in 1912 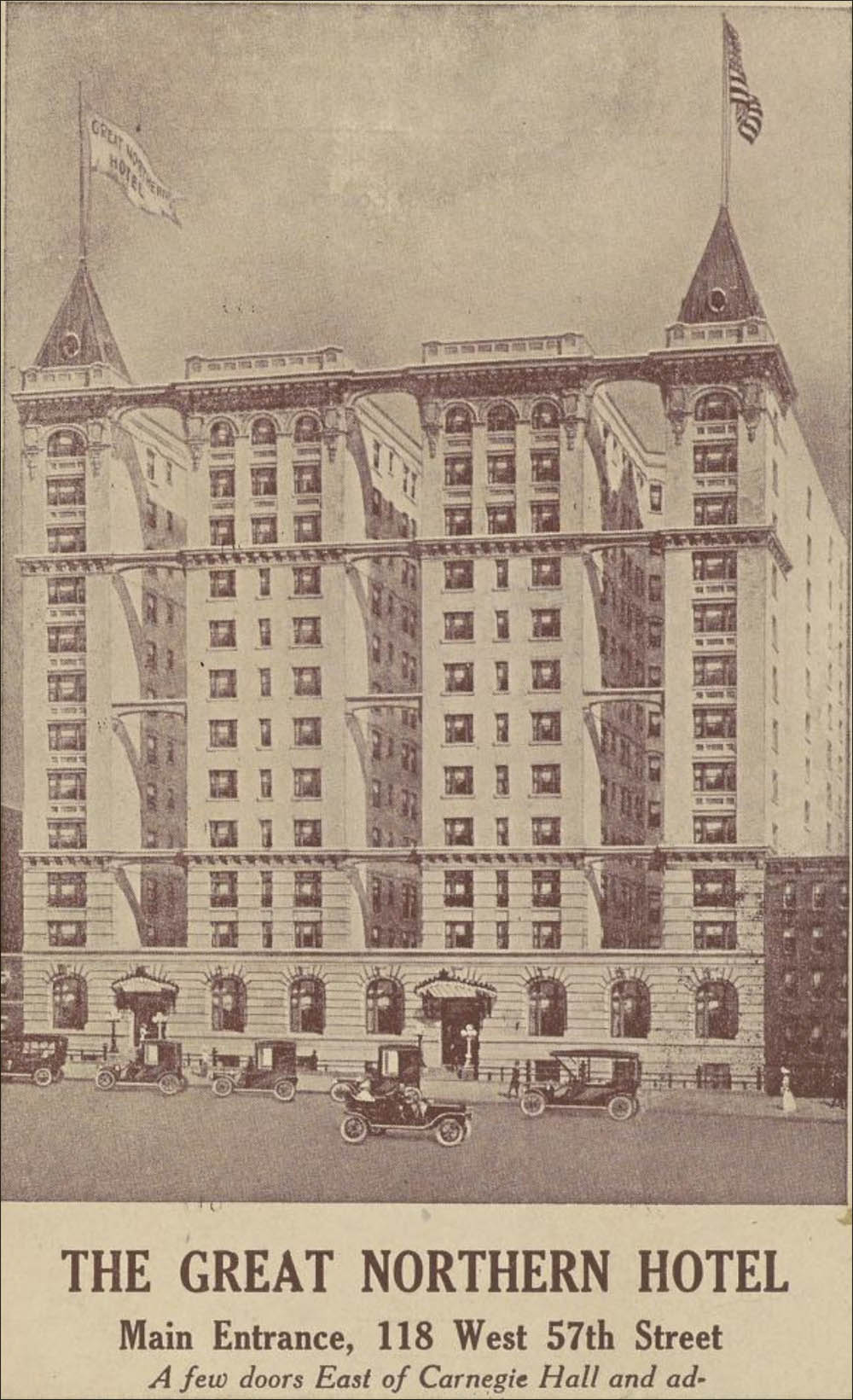 Notes:  The 13-story, 400-room Hotel Great Northern opened September 1, 1910. The large four wing facade was on 56th Street, while the main entrance was at 118 West 57th Street, in a narrow section with a connecting corridor. The public rooms on the first floor were reproductions of Louis XIV, Elizabethan, and Marie Antoinette period rooms. There was a main dining room, grill, buffet, and ballroom.

By 1914, The Great Northern was being managed by the Manger Hotels chain; by 1931, it was part of the Knott Hotels chain. Former prize fighter Jack Dempsey owned the hotel during the 1940s and operated a branch of his restaurant in the dining room. By 1957, the former ballroom had been converted into a recording studio. The Great Northern was demolished in the late 1980s and replace with the 41-story Le Parker Meridien, which opened in 1981.

Maddock produced the Great Northern's Lamberton China service. It is crested with a shield flanked by rampant lions, within a laurel wreath. This pattern has an orange rim line with a black pin line below.