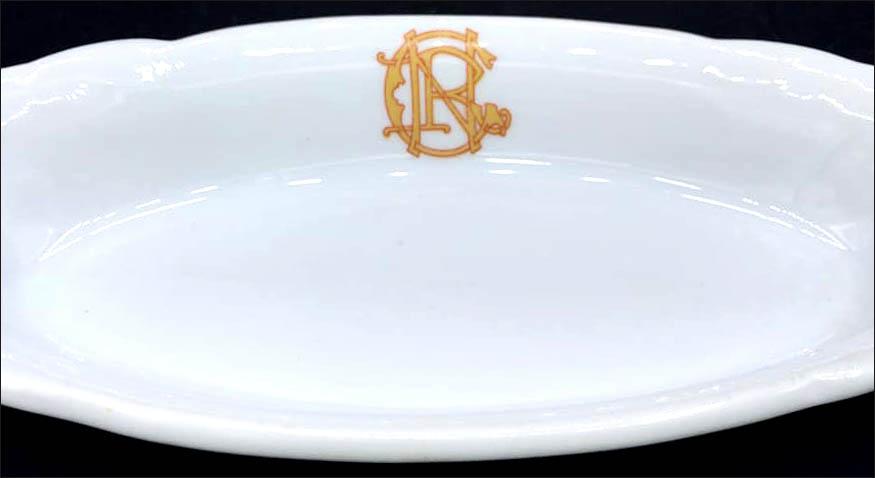 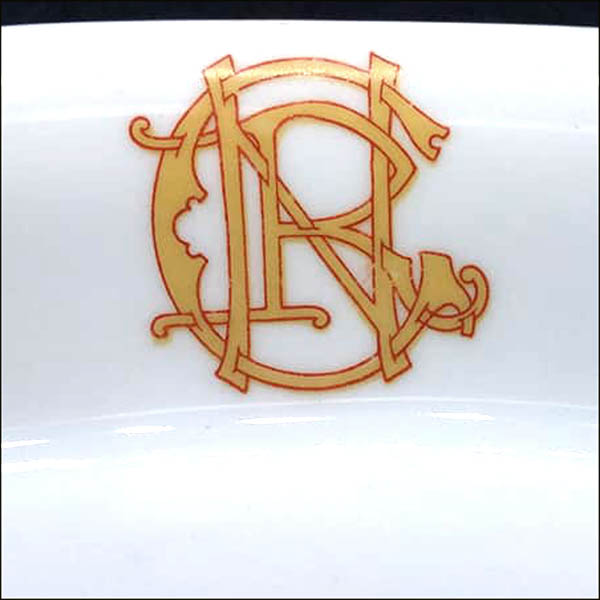 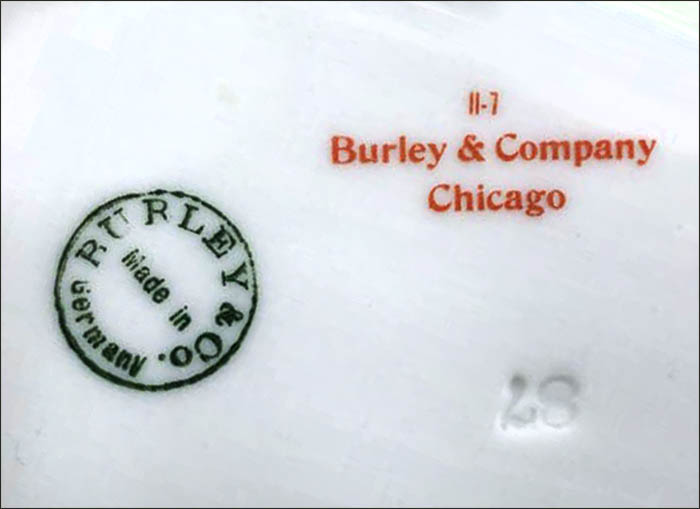 Notes: From Wikipedia, "The Great Northern Railway … was an American Class I railroad. Running from Saint Paul, Minnesota, to Seattle, Washington, it was the creation of 19th-century railroad entrepreneur James J. Hill and was developed from the Saint Paul & Pacific Railroad. The Great Northern's route was the northernmost transcontinental railroad route in the U.S.

White body celery dish with the railroad's logo of the three interlocked letters "G,N,R" in an Old English script outlined in brown with a light orange fill at the top of the border.