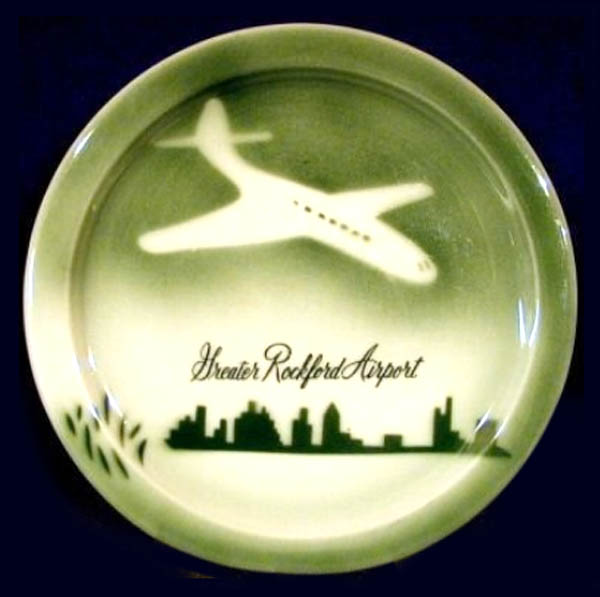 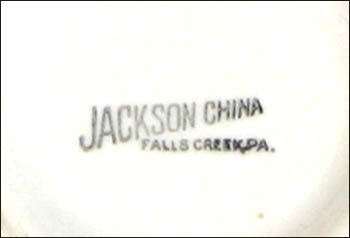 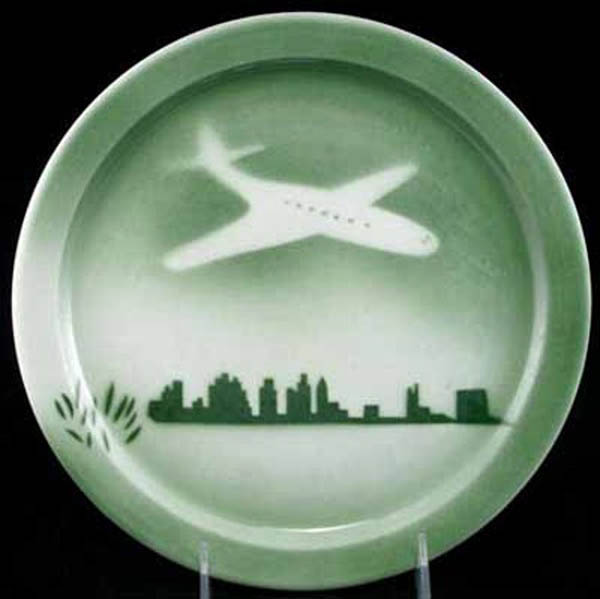 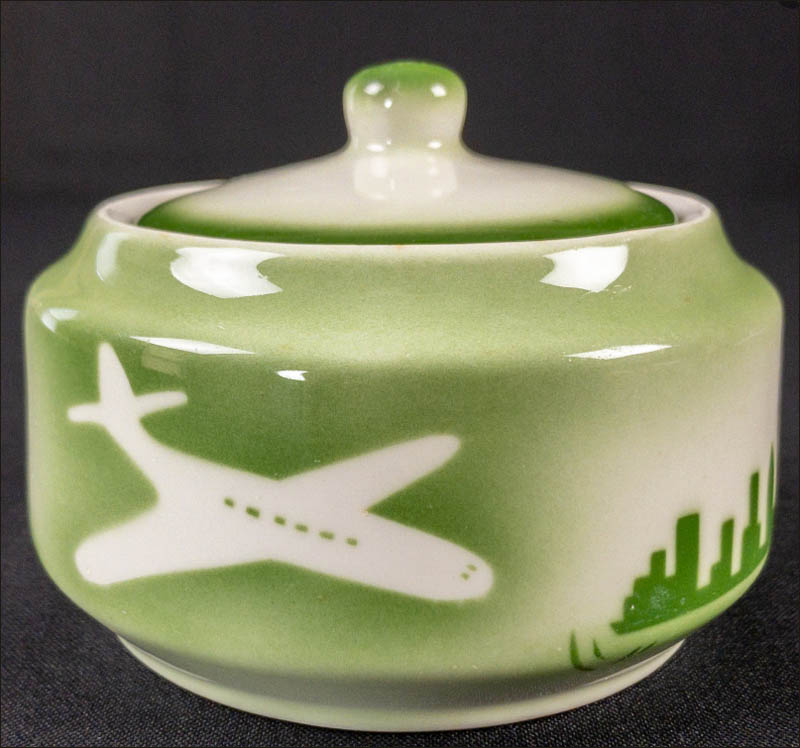 White body with green stencil airbrushed design with stylized airplane, possibly DC-3 or DC-8, over silhouette of city with two versions, one including a topmark for the airport. Also found with Greater Rockford Airport in script above the skyline. Pattern can also be found in pink and blue versions.